There is a West African proverb (famously referenced by president Theodore Roosevelt) that says to “Speak softly and carry a big stick.”

That saying could be applied perfectly to the life and playing career of Lee Roy Selmon.

Selmon, the former Oklahoma Sooner and Tampa Bay Buccaneer, was known as a kind person away from football but who brought havoc on the football field.

He terrorized opposing quarterbacks and quietly challenged his teammates to achieve greatness.

After starring at Oklahoma, Selmon would help the expansion Bucs to the brink of a Super Bowl appearance in only their fourth year.

He became a college administrator after retiring and then suddenly passed away from a stroke in 2011 at the age of 56.

This is the story of Lee Roy Selmon.

He was the youngest of nine Selmon children that included older brothers Lucious and Dewey.

The Selmon family lived on a farm outside Eufaula and the kids kept themselves busy by helping their parents and staying out of trouble.

When Lucious Selmon was in seventh grade, the head coach at Eufaula High School, Paul Bell, encouraged him to run track.

Bell then coaxed Lucious into giving football a try.

Lee Roy and Dewey, who were less than a year in age difference, eventually followed their older brother onto the gridiron.

While playing for Eufaula High, Lee Roy also worked hard in the classroom and became a member of the National Honor Society.

As Lucious Selmon was getting ready to graduate high school, University of Oklahoma assistant coach Larry Lacewell paid him a visit.

Lacewell wasn’t a fan of Lucious’ small stature, thinking him too light to play Division I football.

They were a few years behind their older brother, but Lacewell could see that Dewey and Lee Roy were going to be strong and tough football players.

Thinking of the future, Lacewell offered Lucious a scholarship with the idea he could sign Dewey and Lee Roy when they graduated.

It turned out that Lucious was better than Lacewell imagined.

Lucious became a three-year starter and became an All-American in 1973.

One of my favorite photos of Lucious, Dewey & Lee Roy Selmon. Taken at the University of Oklahoma in the 70's. #classic @LeeRoySelmons63 pic.twitter.com/sYelzWe5dc

Sure enough, when Dewey and Lee Roy graduated high school, both followed their older brother to Oklahoma.

Lacewell’s original gamble with Lucious paid off and, by 1972, all three brothers were members of the Sooners defense.

During his first year as a Sooner, Lee Roy Selmon played sparingly and collected just 11 total tackles and three sacks for 11-0-1 Oklahoma.

In 1973, Selmon and his brothers were all starting on the defensive line.

He would increase his previous year totals by getting 57 total tackles and nine sacks.

Then, in 1974, Selmon and the Sooners cruised through the regular season, posting an 11-0 record and winning the national championship.

That same year, Selmon had an eye-opening 18 sacks to go along with 125 total tackles.

He was voted a consensus All-American after the season.

1975 would see more of the same as Selmon helped Oklahoma to an 11-0-1 record and repeat as national champions.

Selmon led the Sooners defense with 132 total tackles and 10 sacks.

He was again voted a consensus All-American and also received the Outland Trophy for best college interior lineman in the country and the Lombardi Award for ‘exemplifying the values and spirit of Vince Lombardi.’

His Sooners coach at the time, Barry Switzer, would call Selmon the best player he ever coached.

“He was a person of greatness,” said Switzer. “When you were in his presence, you were in front of royalty. His gentleness, uniqueness and demeanor were amazing. The way he presented himself was something to behold.”

Selmon would eventually be voted into the Oklahoma Sports Hall of Fame in 1992.

With their college careers behind them, both Lee Roy and Dewey were ready for the next step of their athletic careers.

The Tampa Bay Buccaneers were an expansion team in 1976 and, therefore, had the first pick of the draft.

With that pick, the team selected Lee Roy.

Then, with the 60th overall selection in the second round, Tampa Bay drafted Dewey.

It was a dream come true as the brothers got the opportunity to continue their careers together.

However, as players on an expansion team, the Selmon brothers didn’t see success for a while.

Lee Roy started six games in his ‘76 rookie season, had five sacks, and received the team’s Rookie of the Year and MVP awards.

The following year, he started every game at right defensive end and collected a career-high 13 sacks along with two fumble recoveries.

In 1978, Tampa Bay showed some signs of life and won five games while Selmon again started every game and had 11 sacks.

He was voted as a second-team All-Pro after the year.

In just their fourth year of existence, the Bucs had all the pieces in place in 1979.

Second-year quarterback Doug Williams was adapting to the pro game well and led the offense with halfback Ricky Bell while the Selmon brothers led the top-ranked defense in the NFL.

During the year, Lee Roy Selmon had 11 sacks (his third straight year with double-digit sacks) and two fumble recoveries, one of which he returned for a score.

He would be voted to his first Pro Bowl after the season and named first-team All-Pro.

At one point during the year, the Bucs were playing San Francisco and Selmon hammered 49ers quarterback Steve DeBerg.

It was a hit that DeBerg recalled years later.

“Lee Roy squared up on me,” DeBerg said in 1991. “The first thing that hit the ground was the back of my head. I was blind in my left eye for more than a half-hour — and I didn’t even know it. I went to the team doctor and he held up two fingers. I couldn’t see the left sides of the fingers — the side Selmon had come from.”

However, a three-game slide near the end of the season meant the Bucs had to win the final game of the year against Kansas City to get to their first playoffs.

Thankfully, the leg of Tampa Bay kicker Neil O’Donoghue was all the team needed in a 3-0 win.

That put the franchise in their first-ever postseason where they faced Philadelphia in the Divisional round.

Leading 17-7 at halftime, the Bucs withstood a furious comeback by the Eagles in the second half to advance 24-17.

The victory would be Tampa Bay’s first official playoff win.

In the NFC Championship Game, the Bucs defense kept the LA Rams offense out of the end zone all day.

One year after nearly advancing to the Super Bowl, Tampa Bay slid backwards in 1980 with a 5-10-1 record.

However, Selmon continued to lead by example with nine sacks and two fumble recoveries, leading to a second Pro Bowl and first-team All-Pro nod.

His play was a bright spot on an inconsistent Bucs team and people around the league took notice.

Former Detroit Lions coach Monte Clark admitted that Selmon had few equals at his position saying Selmon was, “A grown man at work among a bunch of boys.”

From our first draft pick to #NFL100 All-Time Team. Lee Roy Selmon is one of the greatest of all time. pic.twitter.com/IxSzzIFZHy

His teammates joked that Selmon was a gentle giant off the field, but an absolute terror on the gridiron.

After the season, Dewey Selmon was released by the Bucs and signed with San Diego where he spent his final year as an NFL player.

Meanwhile, Lee Roy had four sacks and a fumble recovery in 1982, went to the Pro Bowl for the fourth time, and was named first-team All-Pro for the third time.

The Bucs returned to the postseason with a 5-4, strike-shortened record and lost again to the Cowboys in the First Round 30-17.

However, Selmon racked up 11 sacks and one fumble recovery on the way to his fifth Pro Bowl.

The following year, the Bucs improved to 6-10 while Selmon had eight sacks, two fumble recoveries and a sixth Pro Bowl.

However, during the Pro Bowl, Selmon suffered a herniated disk.

The injury was severe enough that he would need surgery to continue playing football.

He sat out the 1985 season to heal, but the injury did not improve.

Selmon then announced in April of 1986 that he was retiring from the game.

”There is nothing to be sad or feel sorry about,” he said. ”I’m just thankful to have played for 10 years.”

For his career, Selmon had 78.5 total sacks and 10 fumble recoveries including one returned for a score.

Therefore, Selmon’s sack numbers before the ‘82 season are unofficial.

However, he was a six-time Pro Bowler, a three-time first-team All-Pro, two-time second-team All-Pro, and NFL Defensive Player of the Year in 1979.

Selmon was later named to the NFL’s 1980 All-Decade Team and the league’s 100th Anniversary All-Time Team.

He was placed in the Buccaneers Ring of Honor and is a member of the Tampa Stadium Krewe of Honor.

After retiring, Selmon worked as a bank executive for several years.

He also received several honors for his years as a pro football player.

From 1993-2001, Selmon was the assistant athletic director for the University of South Florida.

He then became the school’s athletic director in 2002.

As the AD, Selmon launched the school’s football program, helped lead the construction of a new athletic facility, and helped get the program first into Conference USA then the Big East Conference.

New statue unveiled today for Bucs great Lee Roy Selmon at Brorein and Florida in downtown Tampa. A great nod to both his time with Bucs and his impact with USF as well. pic.twitter.com/1cqtLKHdTA

In 2004, Selmon resigned as AD due to health issues.  He would return to the school months later as the athletic program’s chief fundraiser.

“I’m doing much better,” Selmon said in 2004. “We cross some hurdles in our life from time to time that helps set the course for the rest of your life. I feel much better now.”

Two days later, Selmon passed away due to complications from the stroke.

“He didn’t play at Miami or Florida. He was from Oklahoma and he came to Tampa and played nine years and they named an expressway after him. That’s all you need to know about Lee Roy Selmon,” said Coach John McKay’s son, Rich, in 2011. 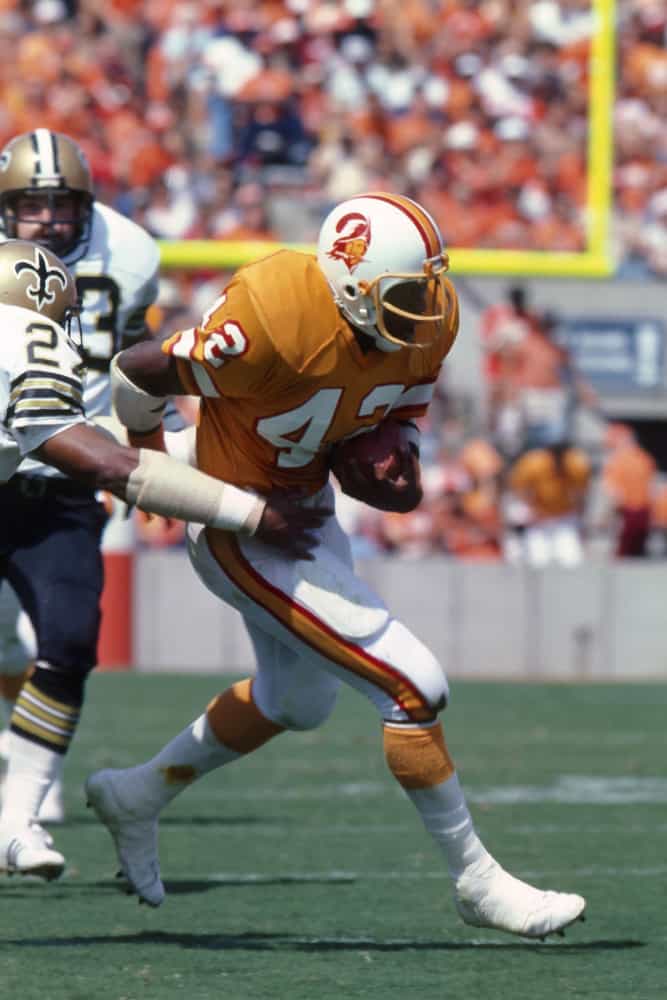 The Short Life And Career Of Ricky Bell (Story) 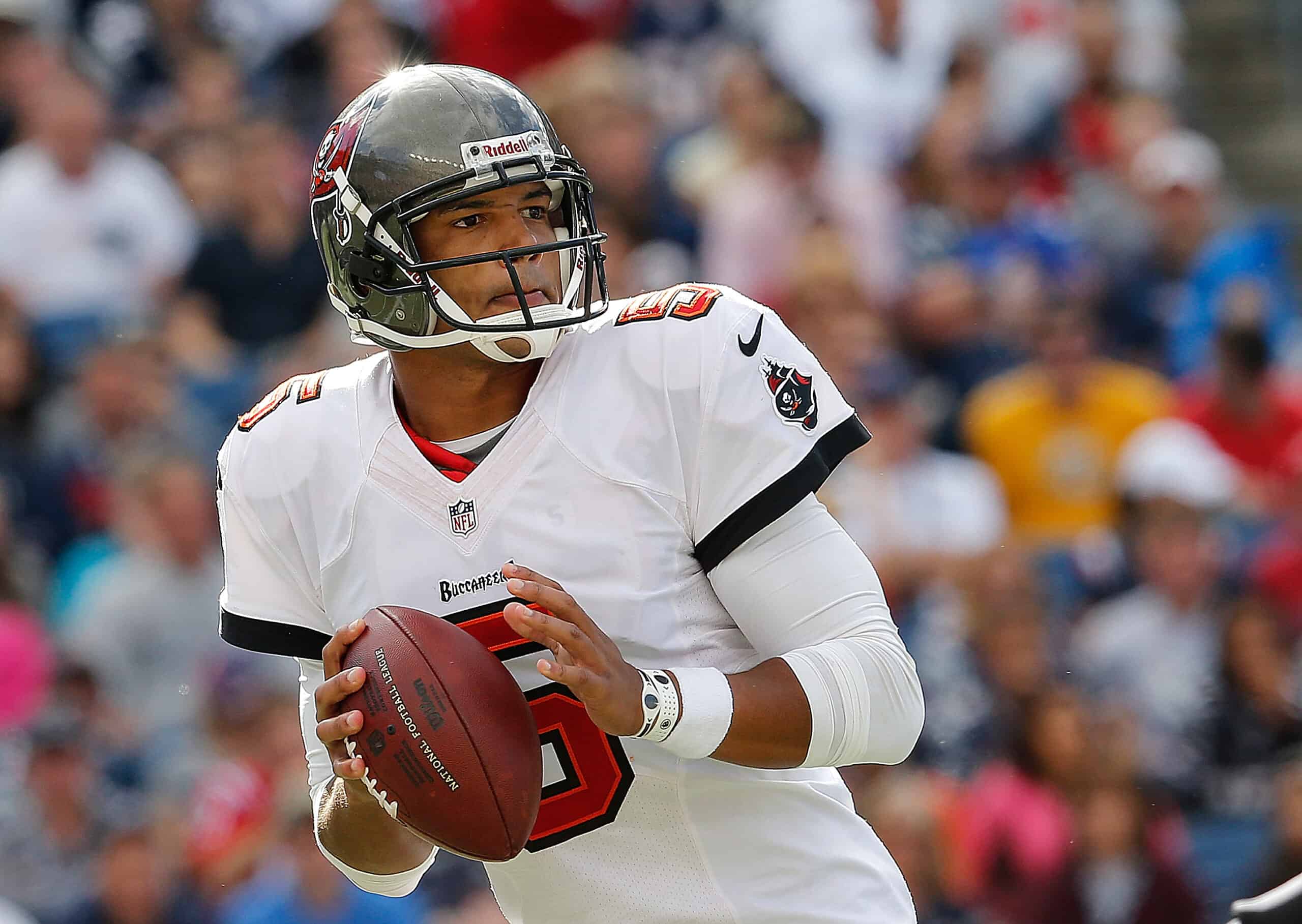 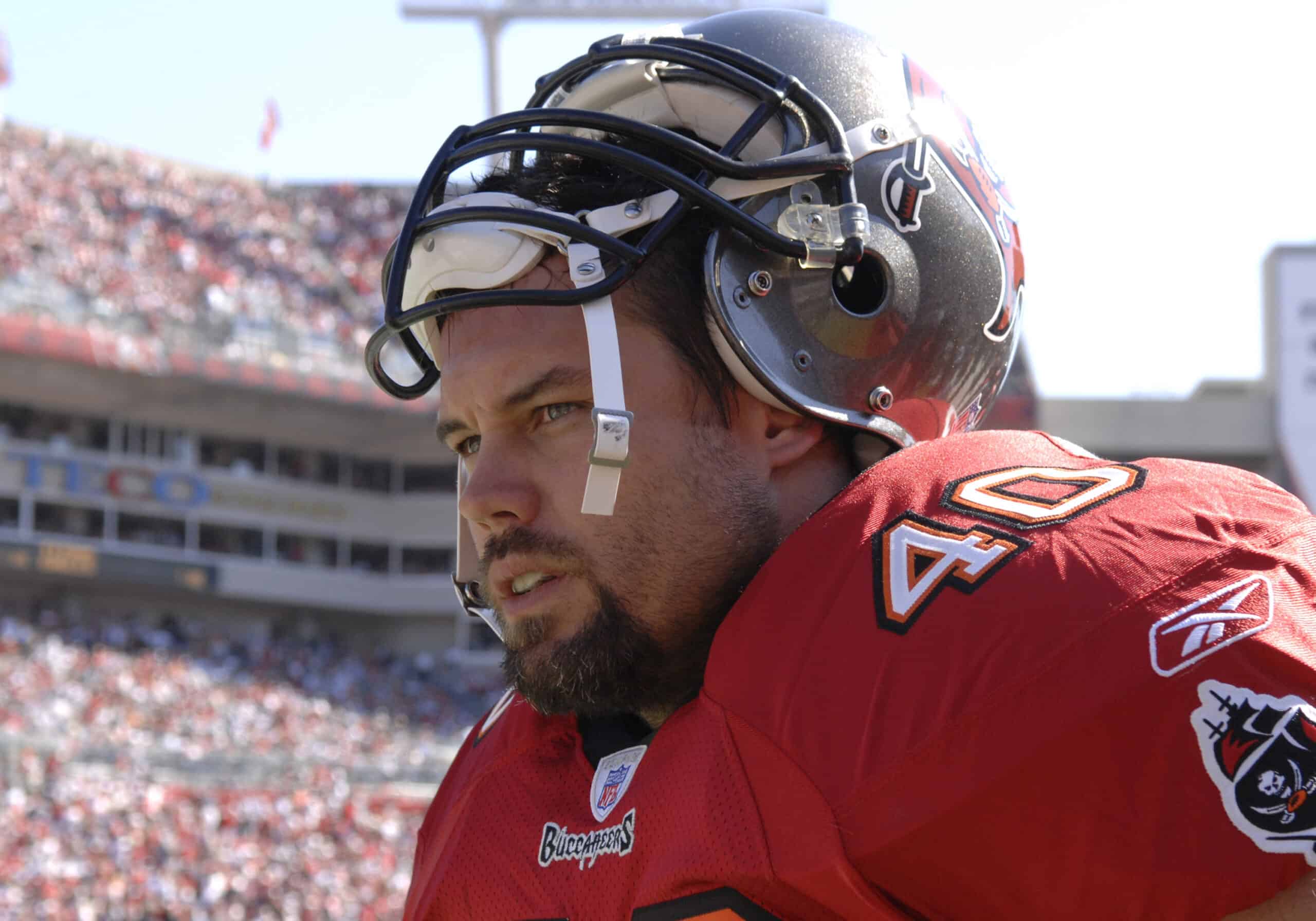 The Life And Career Of Mike Alstott (Complete Story)

The Life And Career Of Lee Roy Selmon (Story)