From the mid-to-late 1970s, Doug Williams was a record-setting quarterback for Grambling State University.

It seemed like everything he touched for the Tigers turned to gold.

Despite his exceptional play and abundant accolades, only one NFL coach evaluated Williams’ talent.

At the time, a majority of the league was still under the impression that black quarterbacks could not find success at the pro level.

Thankfully, Williams proved the doubters wrong and became the talisman for black quarterbacks that came after him.

May we never forget — On January 31, 1988, Doug Williams of the Washington Redskins became the first African American quarterback to play in a Super Bowl, scoring four of Washington’s five touchdowns in an upset 42-10 victory over the Denver Broncos in Super Bowl XXII! pic.twitter.com/7RUC3RuGd1

His performance in a Super Bowl and the leadership qualities he displayed during his career helped him become a respected coach and NFL executive.

This is the story of Doug Williams.

Douglas Lee Williams was born on August 9, 1955, in Zachary, Louisiana.

He was the sixth of eight children to parents Robert and Laura.

Williams found an outlet for his energy by the time he was seven and began playing football.

He also played baseball and basketball, but football was Williams’ passion.

By the time he enrolled at Chaneyville High School in Zachary, Williams was all-in on the sport.

He played well for Chaneyville as a quarterback.

During his senior year, Williams passed for 1,180 yards and 22 touchdowns.

Even with those numbers, not many large colleges expressed interest in him.

Williams accepted and was ready to begin his college career in 1973.

A Star with the Tigers

After spending his first year at Grambling as a redshirt, Williams became the starter in 1974.

With Williams at the helm, the Tigers rarely lost in four years.  His total record as a starter was 36-7.

That included an outstanding senior year in 1977 where Williams passed for 3,286 yards, 38 touchdowns, and 18 interceptions.

In honor of Doug Williams leading the Redskins to a win in SB XXII on this date in 1988, here is a color photo of him at Gambling State. Love the funky 70s uniforms. Very cool.✌ pic.twitter.com/kVcdNcqY1h

His passing yards, touchdown passes, and total yards from scrimmage (3,249) all led the NCAA.

Williams then finished fourth in the ‘77 Heisman Trophy balloting behind winner Earl Campbell from Texas, Terry Miller, and Ken MacAfee.

Furthermore, during his tenure, the Tigers won three Southwestern Athletic Conference championships and Williams was named Black College Player of the Year twice.

Although he was a black quarterback at a historically black college, it seemed logical that the NFL would come calling and beg for Williams’ services.

Unfortunately, that wasn’t the case.

Just as Williams had experienced as a high school senior, the next level would prove problematic to break into.

Despite the fact that he was one of the best college quarterbacks in the nation and had finished fourth in the Heisman race, only one NFL coach paid Williams a visit.

At the time, the Tampa Bay Buccaneers were only two years old.

The expansion franchise had won two games in two years and had regular turnover at the quarterback position.

In their inaugural year in 1976, the Bucs had former Steeler Terry Hanratty and former 49er Steve Spurrier calling plays.

Then, in 1977, Tampa Bay trotted out Gary Huff (who notched the franchise’s first win), Jeb Blount, and Randy Hedberg.

The coach spent two days working with Williams and grilled him on passing drills, playbooks, and film work.

By the time he left, Gibbs was convinced that Williams was the best college quarterback in the 1978 draft.

Loved this pregame segment. "I think Doug Williams is one of the greatest sports stories in America." — Joe Gibbs pic.twitter.com/SHwVceRxmE

In his scouting notes, Gibbs commented that Williams had a “big-time arm” and was a “natural leader” and “extremely prepared.”

Satisfied with Gibbs’ assessment, head coach John McKay gave his blessing and Williams was selected with the 17th overall pick in the first round of the ‘78 draft.

That made him the first African-American quarterback selected in the first round in the history of the draft.

In 1978, Williams was thrown into the fray and started 10 games.

He passed for 1,170 yards, seven touchdowns, and eight interceptions.

His play led to Williams being selected to the Pro Football Writers Association All-Rookie Team.

Tampa Bay went 5-11 that season, a three-game improvement from the year before.

During his second season, the Bucs finally started to gel as a team.

In a game against the Chicago Bears, Williams and Bears starter Vince Evans became the first two black starting quarterbacks during the same contest in NFL history.

Through their final 11 weeks, Tampa Bay won five times to run their record to 10-6.

That was good enough to get the team into the playoffs only four years after its founding.

In the Divisional round, the Bucs defeated Philadelphia 24-17.  Williams had a touchdown pass during the game.

Tampa Bay then faced the LA Rams in the NFC Championship Game.

Although the Bucs’ defense kept the Rams out of the end zone, they couldn’t overcome LA kicker Frank Corral, who made three field-goal attempts to send Tampa Bay home 9-0.

Williams Continues to lead the Bucs

Additionally, he rushed for a career-high 370 yards that season.

Despite his increase in yardage, Tampa Bay fell to five wins.

The following season, Williams passed for a career-high 3,563 yards and added 19 touchdowns and 14 interceptions.

Tampa Bay returned to the postseason with a 9-7 record but lost to Dallas 38-0 in the Divisional round.

In 1982, the NFL went through a players’ strike that reduced the number of games to nine.

Tampa Bay’s record was good enough to get the team into the playoffs.

However, in a repeat of the previous year, Dallas once again dispatched the Bucs 30-17 in the First Round.

After leading Tampa Bay to the postseason in three out of the past four seasons, Williams felt he was due a pay raise before the 1983 season.

At the time, he was making $120,000 per season, which was less than the salary of 12 backup NFL quarterbacks.

Culverhouse refused to budge from his offer even as Coach McKay advocated on Williams’ behalf.

With the two sides locked at an impasse, Williams decided to leave Tampa Bay, believing Culverhouse would not pay him what he was worth.

The feeling around the league at the time was that Culverhouse was being petty.

Tampa Bay would finish the ‘83 season (without Williams) with a 2-14 record.

The next time the franchise would make the postseason would be 1997.

Williams Heads to the USFL

Just a few seasons removed from playing in an NFC title game, Williams found himself in Oklahoma in 1984 playing for the Oklahoma Outlaws of the USFL.

1984 press photo of Doug Williams in a USFL Outlaws helmet wearing a JOP mask. Never seen him wearing this mask before. pic.twitter.com/EkH7LbSq5G

The following season, the franchise moved to Arizona and became the Arizona Wranglers.

Despite his play, the team missed the playoffs both years.

In 1986, the USFL folded and Williams found himself out of a job.

Gibbs left Tampa Bay after the 1980 season and was hired by the Washington Redskins to be their new head coach.

Washington immediately became a title contender, winning the Super Bowl in 1982 and losing it in 1983.

The team had missed the playoffs in 1985 and Gibbs wanted to add Williams as a backup to starter Jay Schroeder in 1986.

“I get this phone call from Coach Gibbs. He was the only guy who called me Douglas. ‘Douglas, it’s Coach Gibbs,” he said. ‘How you doing?” He asked me to come to Washington to be a backup. Now at this point, I don’t have a job. I told him, ‘Coach, I can be any type of ‘up’ you want me to be.’ He started laughing,” said Williams.

Williams rarely saw the field in ‘86 and attempted only one pass as Washington went 12-4 and lost in the NFC Championship Game to New York.

In 1987, Williams started in just two games and appeared in five, passing for 1,156 yards, 11 touchdowns, and five interceptions.

However, late in the season, Schroeder was injured and Williams filled in.

He started for the playoffs and led the team to victories over the Chicago Bears and Minnesota Vikings.

With the win over Minnesota, Williams became the first black quarterback to start a Super Bowl.

The hype before Super Bowl XXII was immense as Williams would be facing Denver Broncos quarterback John Elway.

During a media session before the game, a nervous reporter asked Williams how long he had been a black quarterback.

“I’ve been a quarterback since high school, and I’ve been black all my life,” Williams quipped.

The game almost proceeded without Williams when he was injured early in the contest.

However, he quickly returned and helped Washington overcome a 10-0 first-quarter deficit.

Doug Williams and the Redskins drop 35 points in the 2nd quarter and SMACK the Broncos 42-10 in Super Bowl XXII pic.twitter.com/VANb0RTaMi

One of Williams’ touchdowns was an 80-yard completion to receiver Ricky Sanders, which tied a Super Bowl record.

Smith would add a second rushing touchdown in the fourth quarter to make the final score 42-10.

Even better, on the strength of his 340 yards (another title game record), four touchdowns, and one interception day, Williams was named the game’s MVP.

34 years ago today, Doug Williams made NFL history as he became the first Black QB to win the Super Bowl and Super Bowl MVP. pic.twitter.com/Pzx0AjWXeb

The award was another first for a black quarterback.

The triumphant victory also let the NFL world know that their misconceptions about black quarterbacks needed to change immediately.

“The thing about a Super Bowl is,” Williams said, “They may call you a black quarterback, but the truth is that they can’t color that experience.”

Williams would pass for 2,609 yards, 15 touchdowns, and 12 interceptions while Washington suffered through a 7-9 season.

After the season, the Redskins released Williams in a cost-cutting move.

When no other teams expressed interest in him, Williams retired.

He added 884 rushing yards and another 15 scores on the ground.

Williams won a Super Bowl, was the Super Bowl MVP, was a member of the PFWA All-Rookie Team, and was later named to the Washington Commanders and Tampa Bay Rings of Honor as well as Tampa Stadium’s ‘Krewe of Honor.’

After leaving the NFL, Williams was a college football analyst for BET in 1990.

He then returned to football as a high school coach in Louisiana for three years before a year with Navy as their running backs coach.

In 1995, Williams was the offensive coordinator for the Scottish Claymores of the World League of American Football.

After a two-year stint as a college scout for the Jacksonville Jaguars, Williams became the head coach at Morehouse College in 1997.

In 1998 he replaced his former college coach, Eddie Robinson, as the new coach at Grambling.

#PhotoGrid today I get a 2 for 1! First African American QB to START/WIN a Super Bowl..and he did it in style…THEN he turned around and became a championship coach at his alma mater Grambling State..Doug Williams! #AfricanAmericanQBAppreciation #AfricanAmericanHCAppreciation pic.twitter.com/sNOBIugLWv

From 2000 to 2002, Williams led the Tigers to three consecutive Southwestern Athletic Conference championships.

He would then return to Tampa Bay as an executive from 2004-2010 and then spent a year with the Virginia Destroyers of the United Football League as their general manager.

In 2011, Williams returned to Grambling a second time to coach the Tigers.

His second go-around as the Tigers coach wasn’t like his first and Williams was fired in September of 2013.

Williams was then hired by the Redskins (re-named the Commanders in 2021) in 2014 and has held several executive roles since then.

Williams and his third wife, Raunda, have eight children. 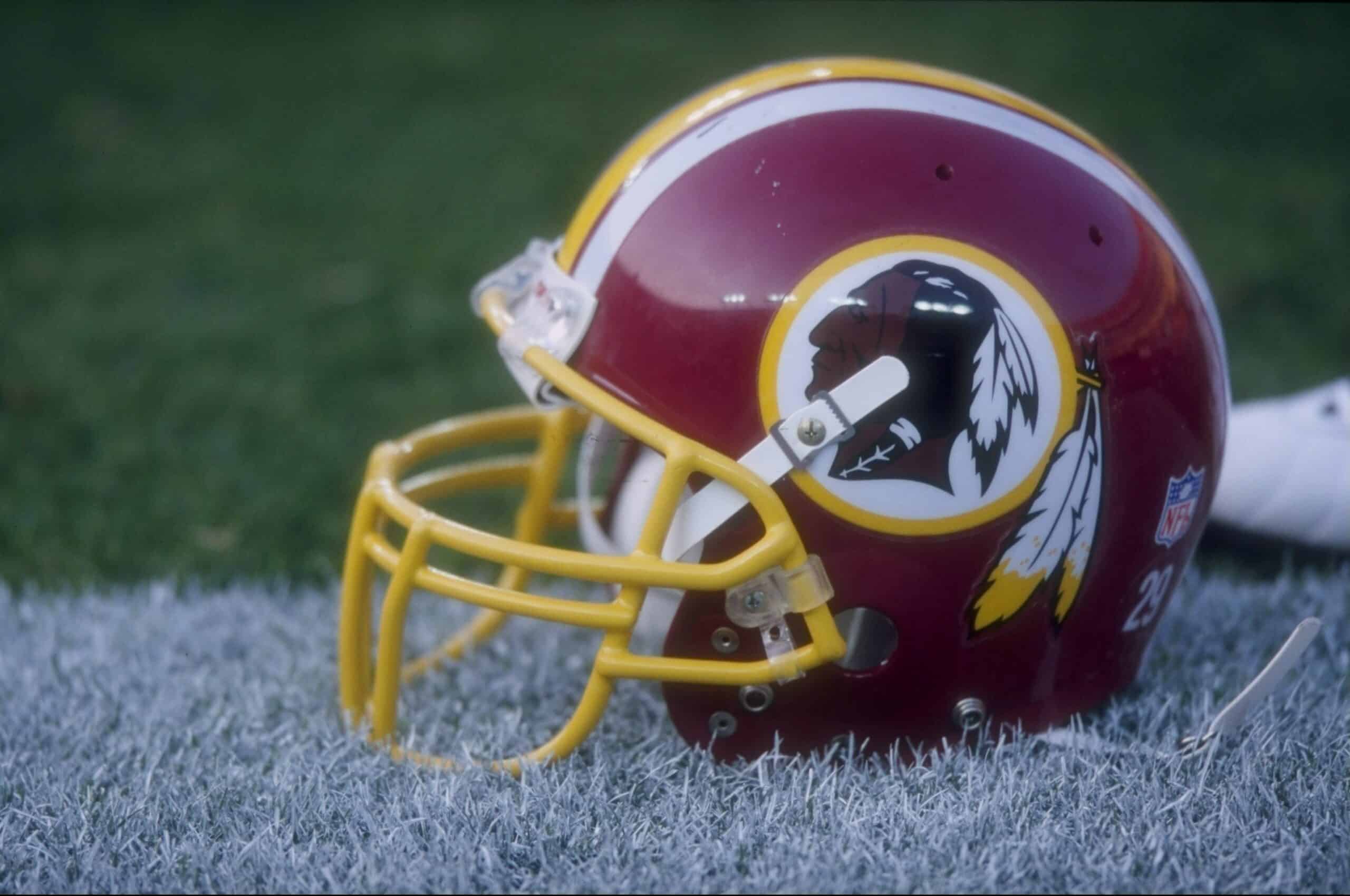 The Life And Career Of Sammy Baugh (Complete Story) 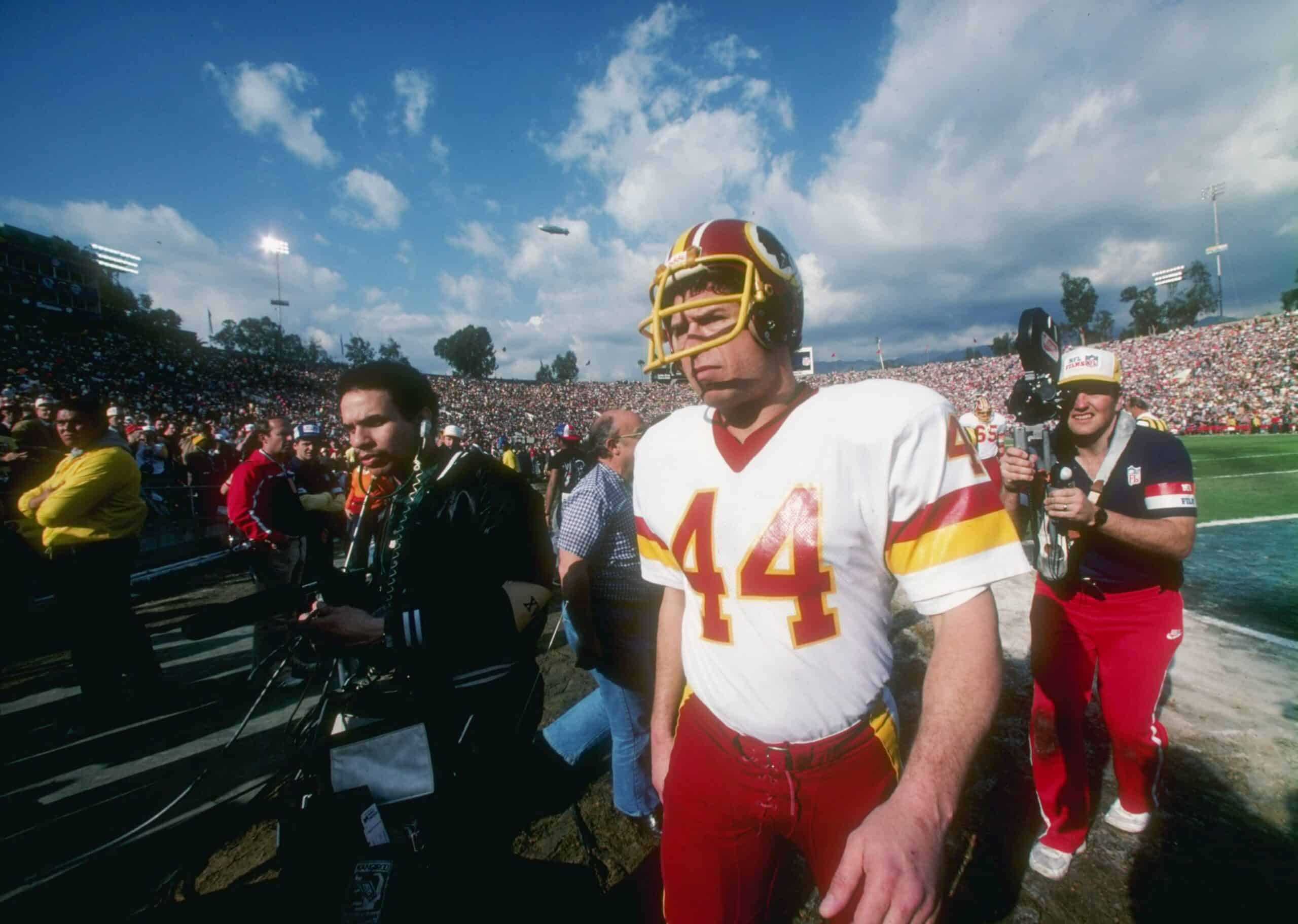 The Life And Career Of John Riggins (Complete Story) 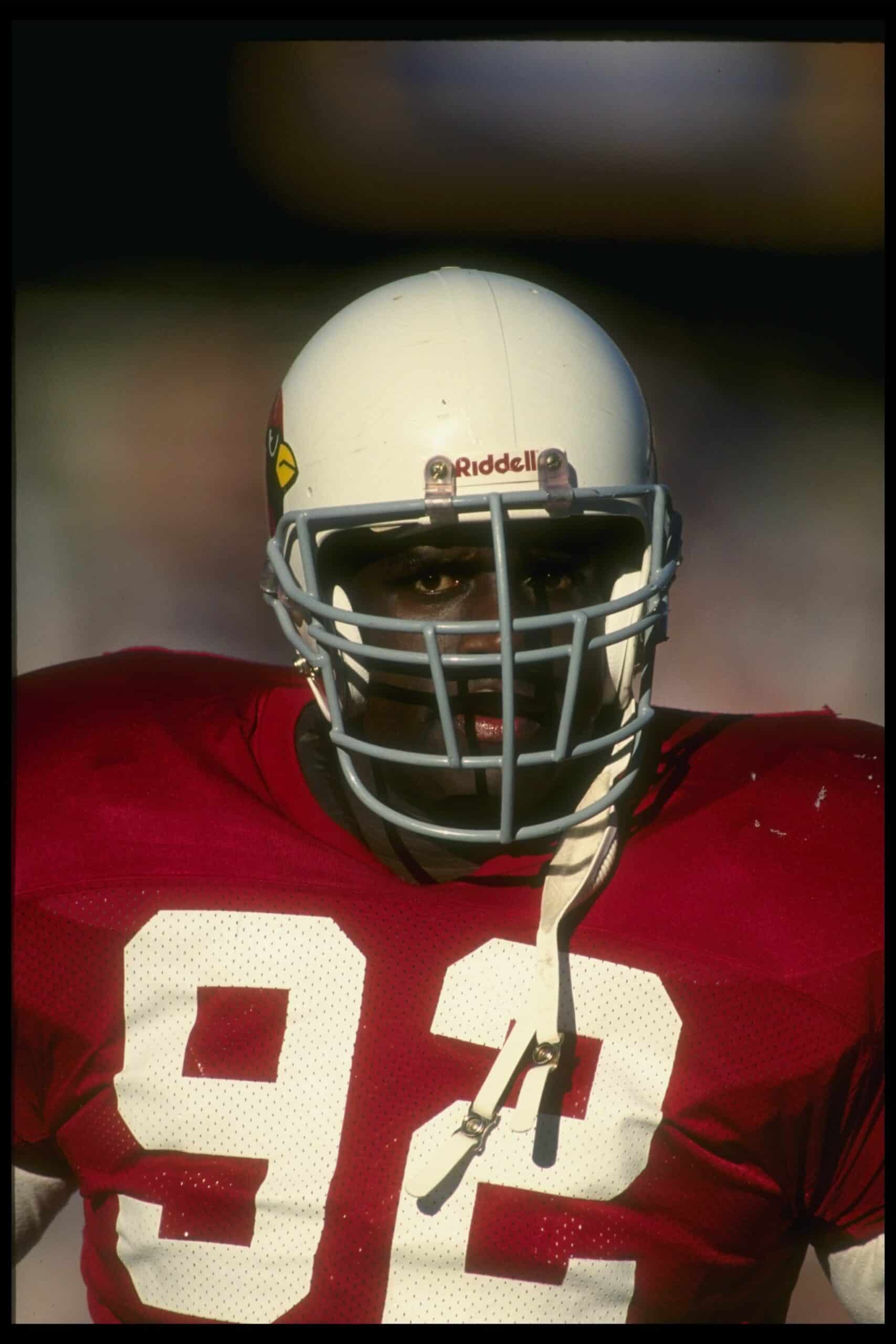 What Happened To Dexter Manley? (Story)