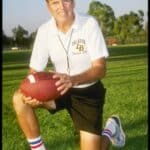 Before Joe Gibbs led the Washington Redskins to three Super Bowl titles in the 1980s and early 1990s, George Allen turned the once-woebegone franchise's fortunes around in the 1970s. The workaholic Allen coached the Redskins and the Los Angeles Rams for a combined 12 seasons. He earned a reputation as a master motivator and a coach who turned struggling teams into … END_OF_DOCUMENT_TOKEN_TO_BE_REPLACED 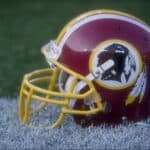 There's no question Jerry Smith belongs on the Washington Redskins' Mt. Rushmore of tight ends. Whenever the topic of the best tight ends who ever wore Redskins burgundy and gold comes up, Smith is right up there with Chris Cooley, Jordan Reed, Don Warren, and Rick "Doc" Walker. When Smith joined the Redskins in 1965, he bolstered an explosive receiving corps … END_OF_DOCUMENT_TOKEN_TO_BE_REPLACED 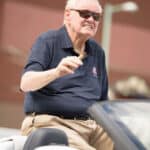 Washington Redskins legend Sonny Jurgensen was one of the most prolific quarterbacks of the 1960s. Ironically, Jurgensen, who had 32,224 passing yards and 255 passing touchdowns during his iconic 18-year NFL career, almost never made it to the NFL. Had it not been for a Duke Blue Devils assistant coach's timely intervention, Jurgensen would not have led the NFL … END_OF_DOCUMENT_TOKEN_TO_BE_REPLACED

Eddie LeBaron was one of the most legendary quarterbacks in Washington Redskins history. The diminutive 5'7", 168-lb. LeBaron, who served in the Marines during the Korean War, earned the nickname "The Little General" during his pro football career. LeBaron never let his stature compromise his quarterbacking skills. The four-time Pro Bowl signal caller threw for … END_OF_DOCUMENT_TOKEN_TO_BE_REPLACED 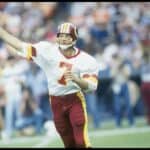 When one remembers the name "Joe Theismann," memories of his gruesome career-ending injury in 1985 suddenly come to mind. An all-out blitz that had New York Giants pass rusher Lawrence Taylor landing awkwardly on Theismann's lower right leg in the fall of 1985 resulted in one of the most gruesome sights on an NFL gridiron. Despite the harrowing end to … END_OF_DOCUMENT_TOKEN_TO_BE_REPLACED