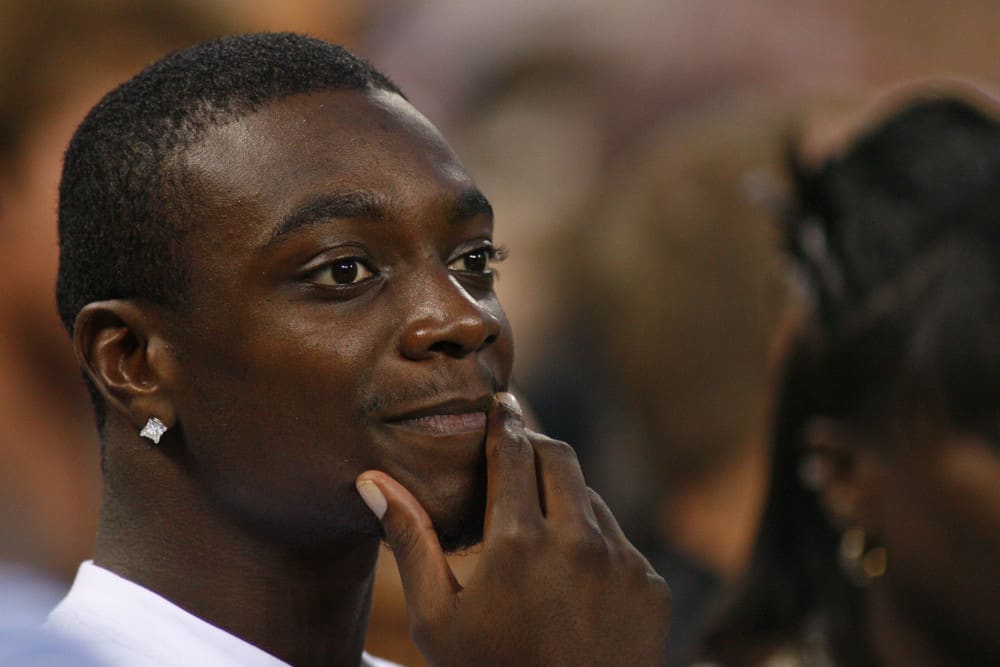 Often ranked as one of the biggest busts in NFL draft history, Charles Rogers was a star receiver in college who broke numerous records with the Michigan State Spartans before fizzling out in the NFL due to both on the field and off the field issues.

In this article, we’ll take a look at what happened to Charles Rogers and why his impressive feats in college never translated to the same level of success in the pros.

Charles Rogers was born in 1981 and raised in Saginaw, MI by a single mother.

Right from the beginning, Rogers’ life was full of obstacles.

At age six, he was forced to go live with his grandfather for a year when his mother was sent to prison.

He returned to living with his mother for a time after she was released but soon went back to staying with his grandfather when his mother took a night job in order to provide for her family.

He ran track, played on the basketball team, and played wide receiver for the football team.

Of the three sports, Rogers excelled the most at football.

He was a three-time all-state honoree and was recruited by Michigan State along with a number of other prestigious schools.

By the time Rogers graduated from high school, though, he had already fathered two children.

He would go on to father six more children with four different women before his untimely demise in 2019.

However, his time playing wide receiver as a Spartan was nothing short of stellar.

In 2002, Rogers put up numbers that were almost as remarkable as his sophomore numbers by catching 68 passes for a total of 1,351 yards and 13 touchdowns.

To this day, Charles Rogers still holds school records for most career touchdowns by a wide receiver (27) and most receiving yards in a single game (270).

His junior year, Charles Rogers was awarded the Fred Biletnikoff Award and Paul Warfield Trophy and was also recognized as a unanimous all-American selection.

However, his time at Michigan State wasn’t without scandal.

Twice during his college career, Rogers tested positive for marijuana.

Despite his off the field issues, though, Rogers’ on the field performance was enough to impress plenty of NFL GMs who saw his size and natural athleticism as a perfect fit for the professional level.

The Second Overall Pick in the 2003 NFL Draft

After declaring for the NFL draft, Charles Rogers was selected by the Detroit Lions in round one with the second overall pick.

The only player drafted ahead of Rogers in 2003 was USC quarterback Carson Palmer.

During his first five games as a rookie, Charles Rogers put up impressive numbers and seemed positioned to justify his high draft position.

He caught 22 passes for 243 yards and three touchdowns during this five-game stretch.

Following the fifth game of the 2003 season, though, Rogers broke his clavicle during practice and was ruled out for the remainder of the season.

Charles Rogers returned for the start of the 2004 season.

On just the third play of Detroit’s very first game of the season, though, Rogers suffered yet another broken clavicle and was once again ruled out for the season.

It was at this point that his life began to spiral downhill.

Following his second broken clavicle, Rogers was given a Vicodin prescription for the pain.

Sadly, Rogers soon developed an addiction to the prescription drug.

Upon returning for the 2005 season, Charles Rogers was suspended for four games for violating the NFL’s substance abuse policy.

After this suspension was handed down, the Detroit Lions filed a grievance against Rogers, claiming that his substance abuse violation also violated a clause in his contract that would require him to pay back $10 million of his $14.2 million in bonuses.

After returning from his suspension, Rogers played in nine games but started in only three.

When the 2005 season came to a close, Rogers ended up catching 14 passes for 197 yards and one touchdown.

In 2006, the Lions decided to release Rogers from the roster after new coach Rod Marinelli was said to have been unimpressed with the effort Rogers gave during training camp.

Charles Rogers would go on to participate in workouts that year with the Miami Dolphins, Tampa Bay Buccaneers, and New England Patriots.

However, none of these three teams chose to sign him.

One of the biggest reasons that Rogers had a difficult time getting signed by a team in 2006 was his slow 40-yard dash.

At his peak, Charles Rogers ran the 40-yard dash in just 4.4 seconds.

After failing to make a team in 2006, Rogers retired from football.

He ended up playing in just 15 games over the course of three seasons, making his second overall selection a massive bust for the Detroit Lions.

Sadly, the addiction that Rogers acquired due to his football injuries would continue to haunt him throughout the remainder of his post-football life.

A Tragic End to a Promising Life

Following his retirement from football in 2006, Rogers began working at an auto repair shop in Fort Myers, FL.

Unfortunately, his addiction to Vicodin – a drug known to cause liver failure in high doses – would be his ultimate downfall.

In 2008, an arbitrator who had been hired by the Detroit Lions ruled that Rogers would have to repay the team $8.5 million.

When Rogers didn’t pay this money, the Lions filed a lawsuit against him.

In 2010, a federal judge ruled that Rogers would have to pay the Detroit Lions a total of $6.1 million.

As of 2017, though, Rogers had still not paid this money and said in an interview that he planned on filing bankruptcy.

Also in 2008, Rogers was arrested and charged with the assault and battery of his girlfriend, Naija Washington, although the charges were later dropped.

He was arrested again later that year, this time for violating his probation.

And in 2009, Rogers was sent to jail for a probation violation.

After his release from jail, Rogers was soon arrested again in 2009 for driving under the influence of alcohol after a police officer found him unresponsive behind the wheel of his car.

He was arrested once again in 2010 for violating a sobriety court order after police found him passed out in a restaurant and was sentenced to 93 days in jail.

In an interview with ESPN, Naija Washington discussed her 2008 altercation with Rogers, saying:

“He snatched the phone from me and it felt like he hit me. I would never call Charles a woman beater. We never experienced anything like that. I can honestly say he didn’t hit me. But God has a weird way of working things out. He was definitely at that point where you either get help or you can’t stay here.”

Following his 93-day jail sentence in 2010, it seemed as if Rogers was on course to turn his life around.

He volunteered to enter Sobriety Court – an intensive rehabilitation program that places participants under strict supervision for around two years.

During his time in the program, Rogers never once tested positive for drugs.

However, he did continue to break the rules.

After testing positive for alcohol after attending a concert and after being caught falsifying documents to make it look like he was attending his AA meetings, Rogers was removed from the program.

Although he didn’t finish the Sobriety Court program, Rogers did give the program credit for helping him sober up, stating in an ESPN interview that:

“It was something I needed to do. It just took over. With marijuana, pills, I don’t really want to say depression, just being in a nasty funk. I was in that funk for a year, maybe two years. Mad at the world. I was just hurting myself.”

After finally beating his opioid addiction, Rogers began spending more time with Naija Washington and the children they shared together.

At one point, he was even eyeing a potential return to the NFL.

In the end, though, this return to football never panned out, and Rogers spent the rest of his days enjoying time with his family.

In 2019, after being diagnoses with cancer, Charles Rogers passed away due to liver failure at the age of 38.

It was a tragic end to what had been a promising life.

However, while Rogers’ redemption story may have been cut short, his ability to eventually beat the opioid addiction that stole so much from his career and personal life is nevertheless a testament to the will and character of Charles Rogers.

Rogers was never able to live up to his status as the second overall pick in the 2003 draft, but he was able to turn his life around from the brink of the abyss – a feat that is certainly as impressive as anything that’s ever been accomplished on a football field.

Draymond Green the death of Charles Rogers: “A lot of people look at Chuck and say, ‘Oh, he never became in the NFL what he wanted to become.’ He from Saginaw, Michigan. He was the #2 pick. He’s a legend.” pic.twitter.com/HSn4dBNqto 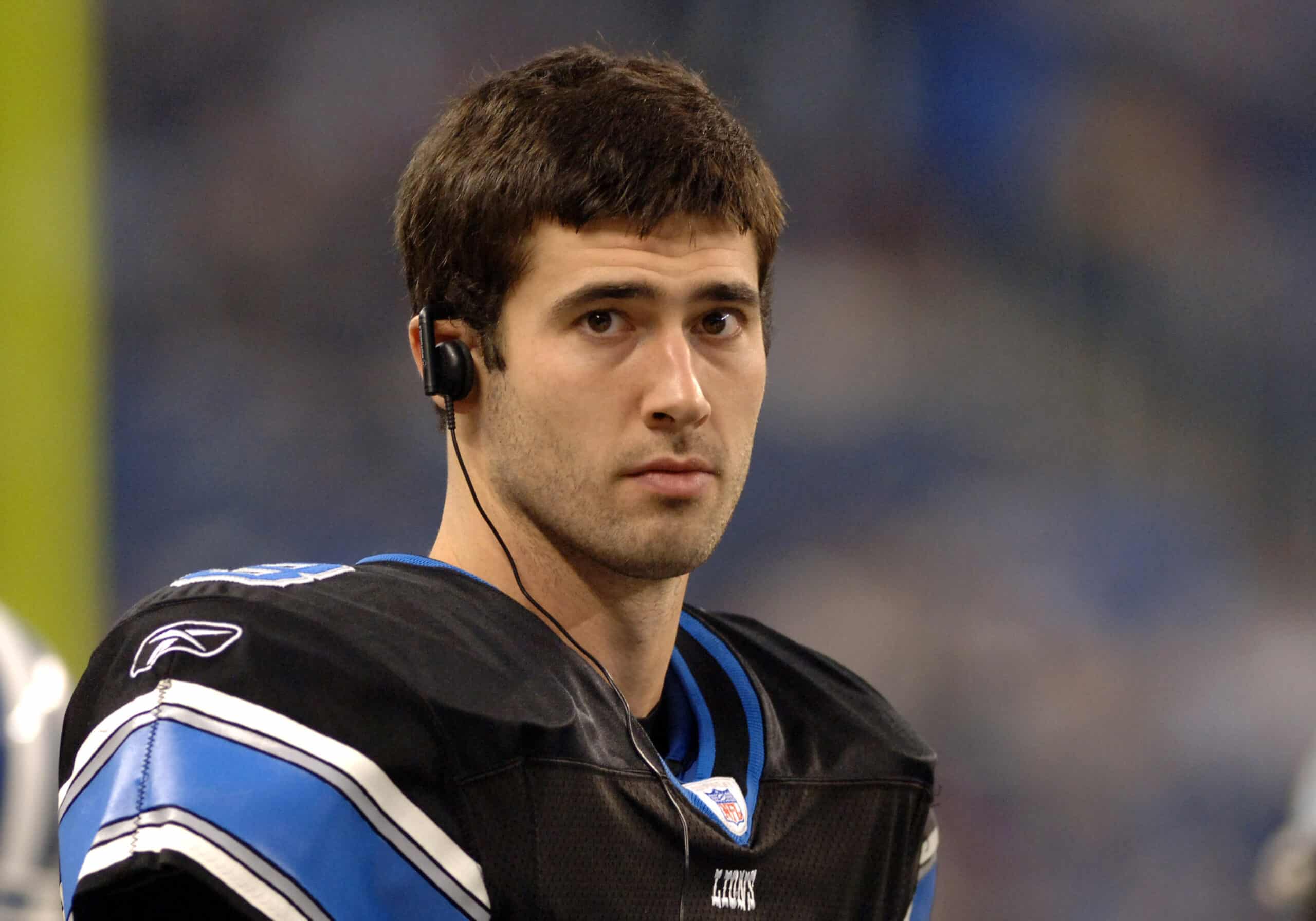 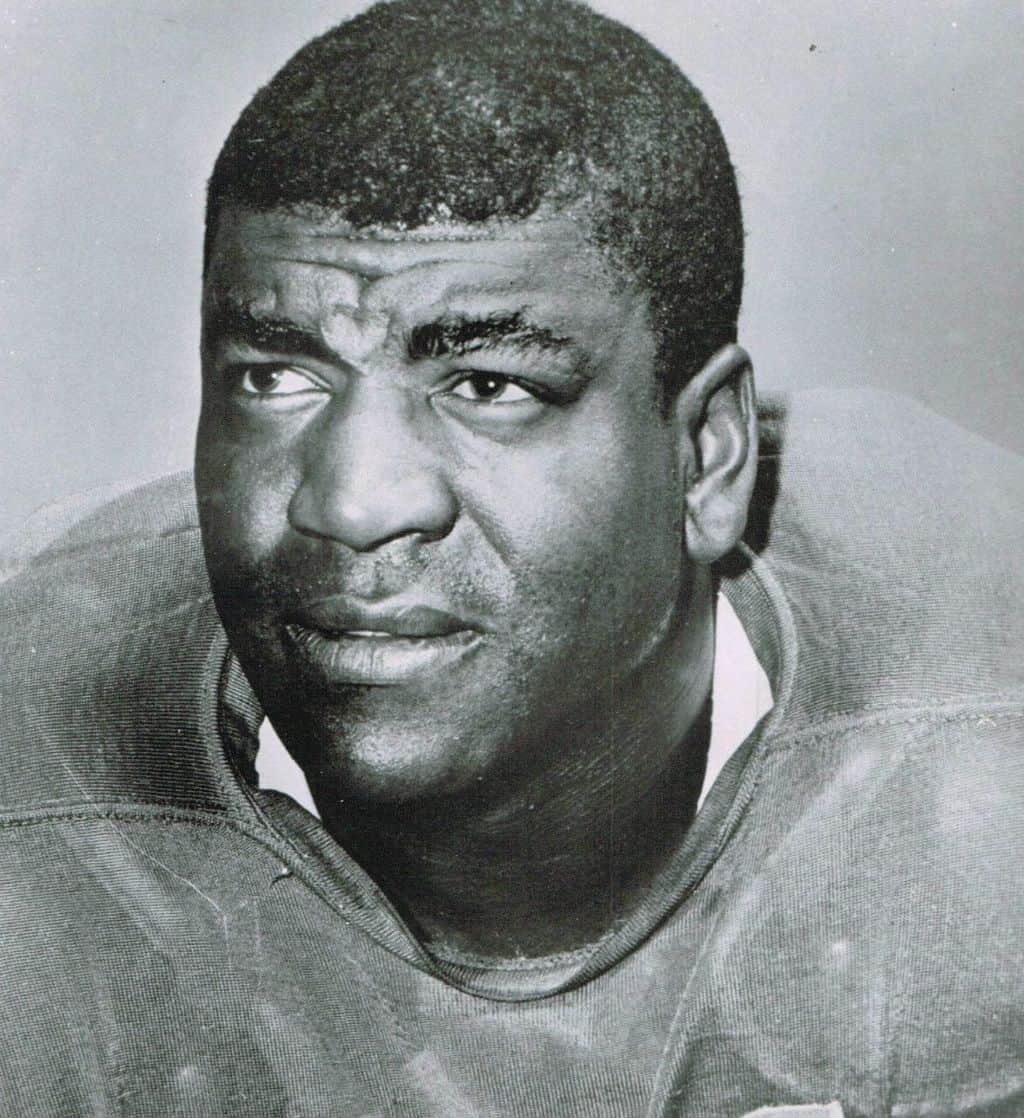 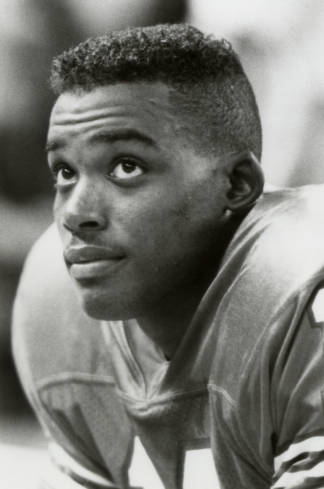