Akili Smith is a quarterback who burst onto the scene out of nowhere in college only to soon fade back out of the spotlight after being drafted in the first round.

Despite displaying an extraordinary amount of athleticism and a knack for the position in college, Akili struggled to adapt to the speed of the professional game.

In this article, we’ll take a look at Akili Smith’s rise to fame in college, his brief NFL career, and what he is doing now in his post-football years.

Akili Smith was born and raised in San Diego, CA where he attended Abraham Lincoln High School – the same high school that produced players such as Terrell Davis and Marcus Allen.

While Smith did play football in high school, he was most known in his early years for his baseball accomplishments.

In fact, coming out of high school, Smith was actually drafted by the Pittsburgh Pirates in the seventh round of the 1993 MLB draft.

Smith was named as a Parade Magazine All-American and was a big-time prospect for the San Diego State Aztecs.

However, Smith scored too low on the college entrance tests to be accepted at San Diego State and was instead forced to attend a junior college for two years.

Instead, he decided his junior year to transfer to the University of Oregon.

After sitting out for a year, he made the decision to play football for the Oregon Ducks.

His senior year in 1998, Smith became the Ducks’ starting quarterback. 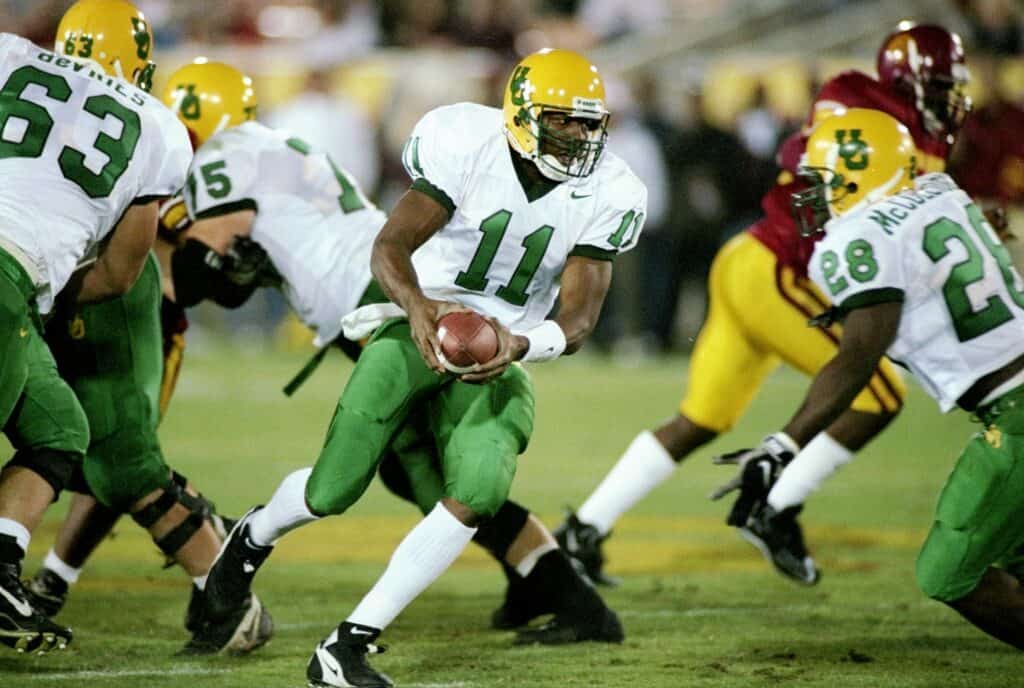 Despite only starting for one season and coming from a baseball-first background, he set the college football world on fire his senior season with the Ducks.

He threw for an impressive 32 touchdown passes.

However, Smith had done more than enough to cement himself as a major draft prospect in the NFL.

Coming out of college, Smith decided to forgo his opportunity to play professional baseball and chose professional football instead.

Akili Smith was the third overall pick in the 1999 NFL draft.

He was also the third quarterback selected that year, with Tim Couch and Donovan McNabb both going before him.

When it came time for the Cincinnati Bengals to make a selection with their third overall pick, the Bengals chose Smith. 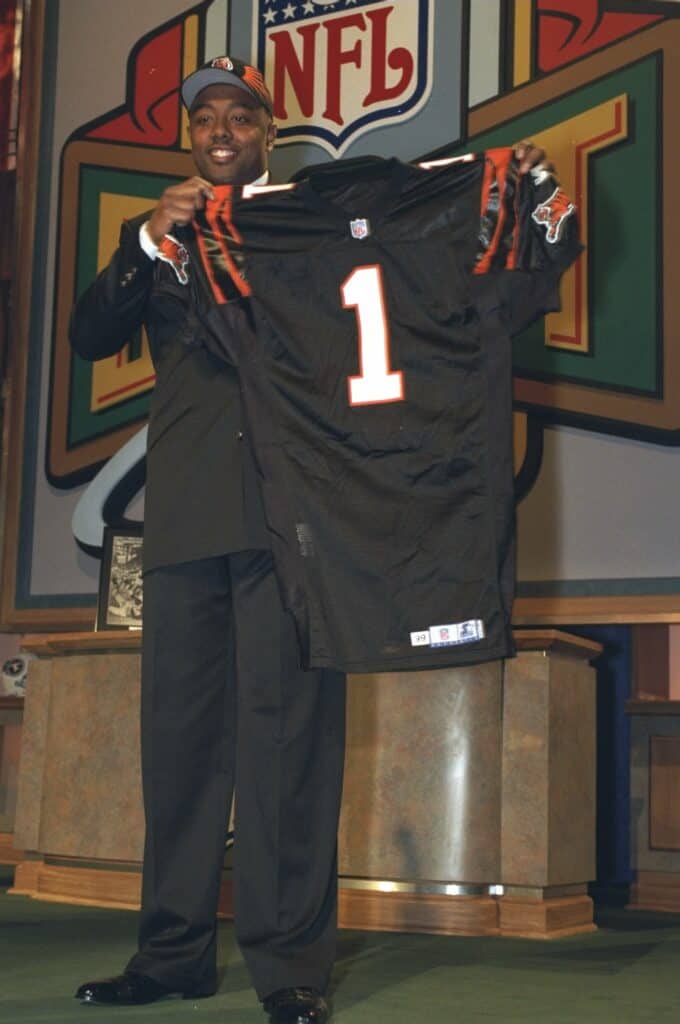 Even at the time, however, choosing him was a controversial decision for the Bengals.

The fact that the Bengals turned down a substantial offer to trade down with the New Orleans Saints (9 draft picks over the next two years) is one reason why the organization was under a lot of pressure to make a successful pick.

Another reason why drafting Smith was seen as a controversial decision was his scores on the infamous Wonderlic test.

The Wonderlic test is used to determine a draft prospect’s intelligence and ability to learn a complex NFL playbook.

It is especially important for quarterbacks in the draft to score well on this test.

However, Smith only managed to score a 16 out of 50 on his first attempt.

After hiring a tutor, Smith was able to score a 37 out of 50 on his next attempt at the test.

He was also a big unknown coming out of college.

While he certainly put stellar numbers his senior year with the Ducks, it was the only year that he played football in college.

Nevertheless, Smith’s natural athleticism and one year of extraordinary success at the quarterback position were enough to convince the Bengals organization to take a chance on him.

Things got off to a rocky start for Smith in the NFL.

After getting bogged down in contract disputes, he missed a significant portion of training camp his rookie year with the Bengals.

While he did show flashes of the athleticism that got him drafted in the first place his rookie year, he struggled to grasp Cincinnati’s offensive system and playbook.

Throughout his brief time playing for the Bengals, his coaches complained about his poor study habits and lack of preparation.

This soon led to struggles on the field as well.

Smith was on the Bengals’ roster for a total of four years.

During those four years, though, Smith only started in 17 games and threw only five touchdown passes against 13 interceptions.

After riding the bench for the majority of his final two years with the Bengals, Smith was released from the team in 2003.

Following his departure from the Bengals, he decided to try out with the Green Bay Packers for an opportunity to play as a backup to Packers quarterback Brett Favre.

While he did make the team, Smith was soon released by the Packers before he ever had the chance to take the field.

After taking his talents to NFL Europe where he started four games as the quarterback for Frankfurt Galaxy, Smith signed with the Tampa Bay Buccaneers.

However, he was released by the Buccaneers before the start of the season as well.

This turned out to be his final opportunity to play for an NFL team.

After his departure from the NFL, he signed a two-year contract to play in the Canadian Football League for the Calgary Stampeders.

However, his debut with the Stampeders in the season’s first exhibition game was far from impressive, and Smith was delegated to backup duties.

Following his release from the Calgary Stampeders, Smith decided that it was time to hang up his helmet.

Following his departure from professional football, Smith decided to return to the junior college where his athletic career really began.

He was hired by Grossmont College to serve as the team’s quarterback coach.

In 2010, he took another step up the coaching ladder after being hired by University of California head coach Jeff Tedford – Smith’s former offensive coordinator at Oregon – to serve as a graduate assistant for the team.

After two years working with Coach Tedford at Cal, Smith accepted an offer to serve as the quarterback’s coach for St. Augustine High School.

Two years later, he became the head coach for The Bishop’s School.

Most recently, Smith accepted a job on the coaching staff of Maranatha High School in June 2020.

As of 2021, he is still coaching football for the Maranatha High School team.

In both baseball and football, Smith showed flashes of greatness.

However, his inability to master all of the complexities that go into succeeding as an NFL quarterback ultimately derailed his professional career.

Nevertheless, he was still able to pursue a career in the sport that he loved, even if it was a career in coaching rather than a career as a player.

As the third overall pick in the 1999 NFL draft, Akili Smith is certainly considered to be a bust for the Bengals organization.

However, after earning millions of dollars playing professional football and launching his coaching career, playing in the NFL was definitely not a bust for Akili Smith. 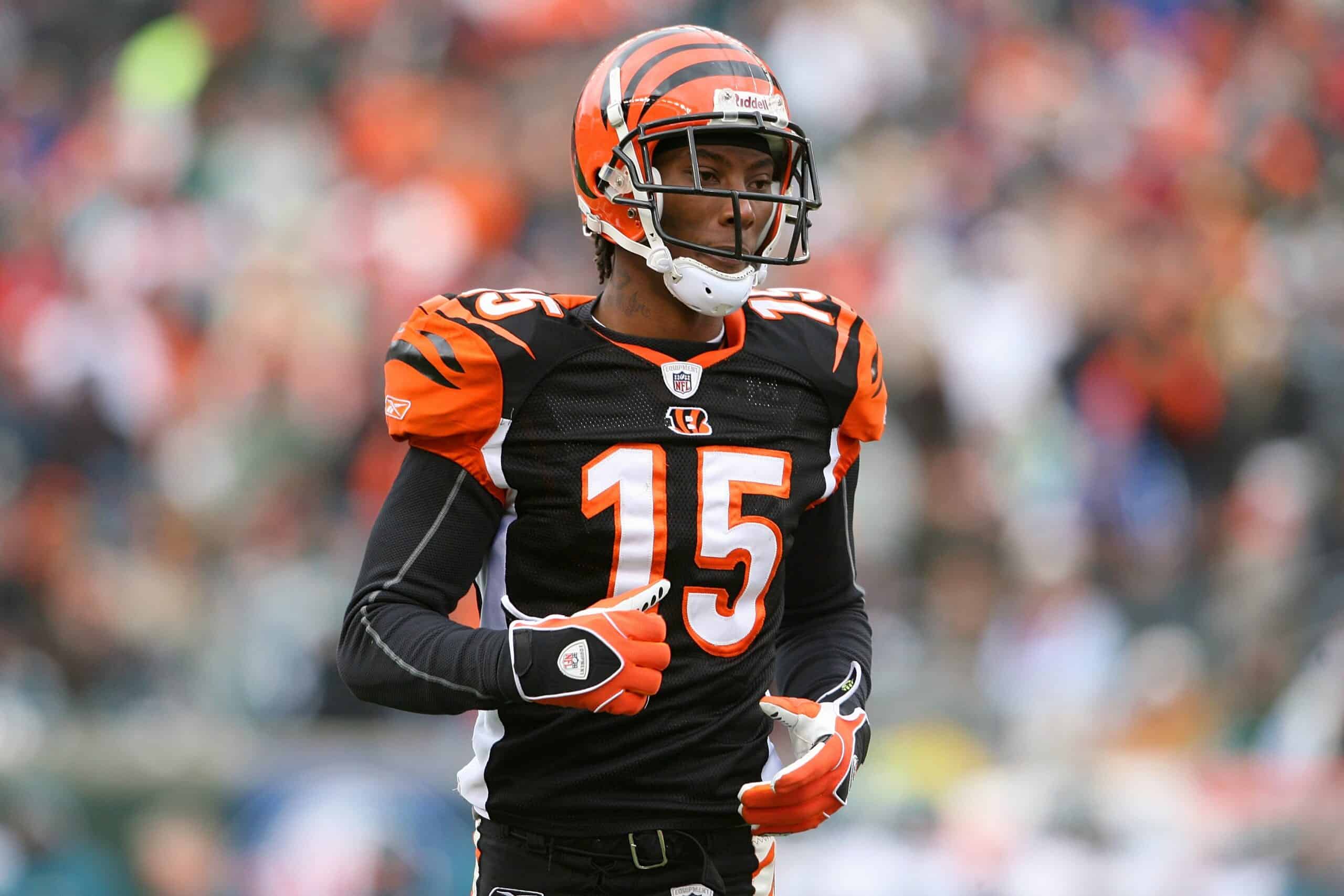 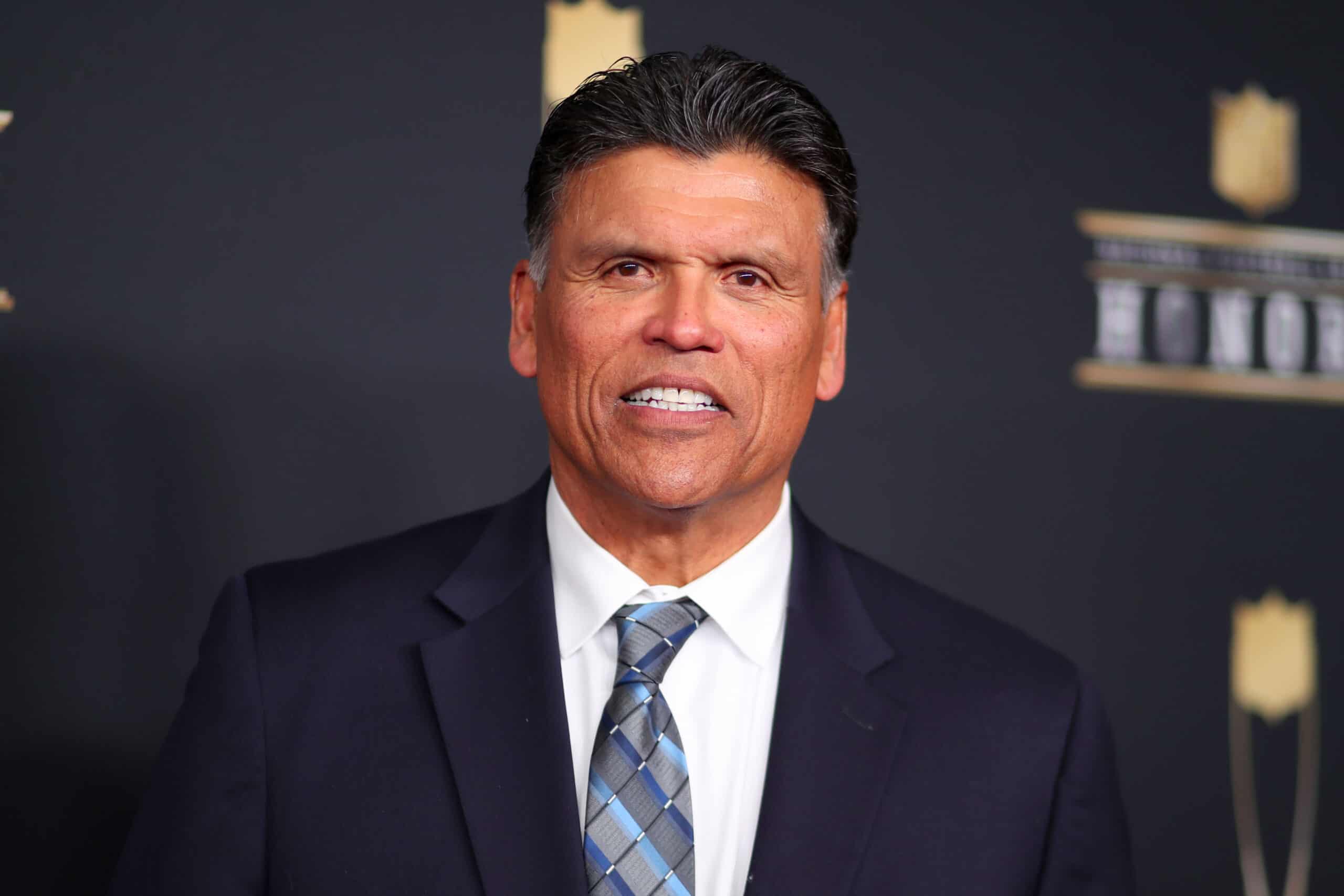 The Life And Career Of Anthony Muñoz (Story) 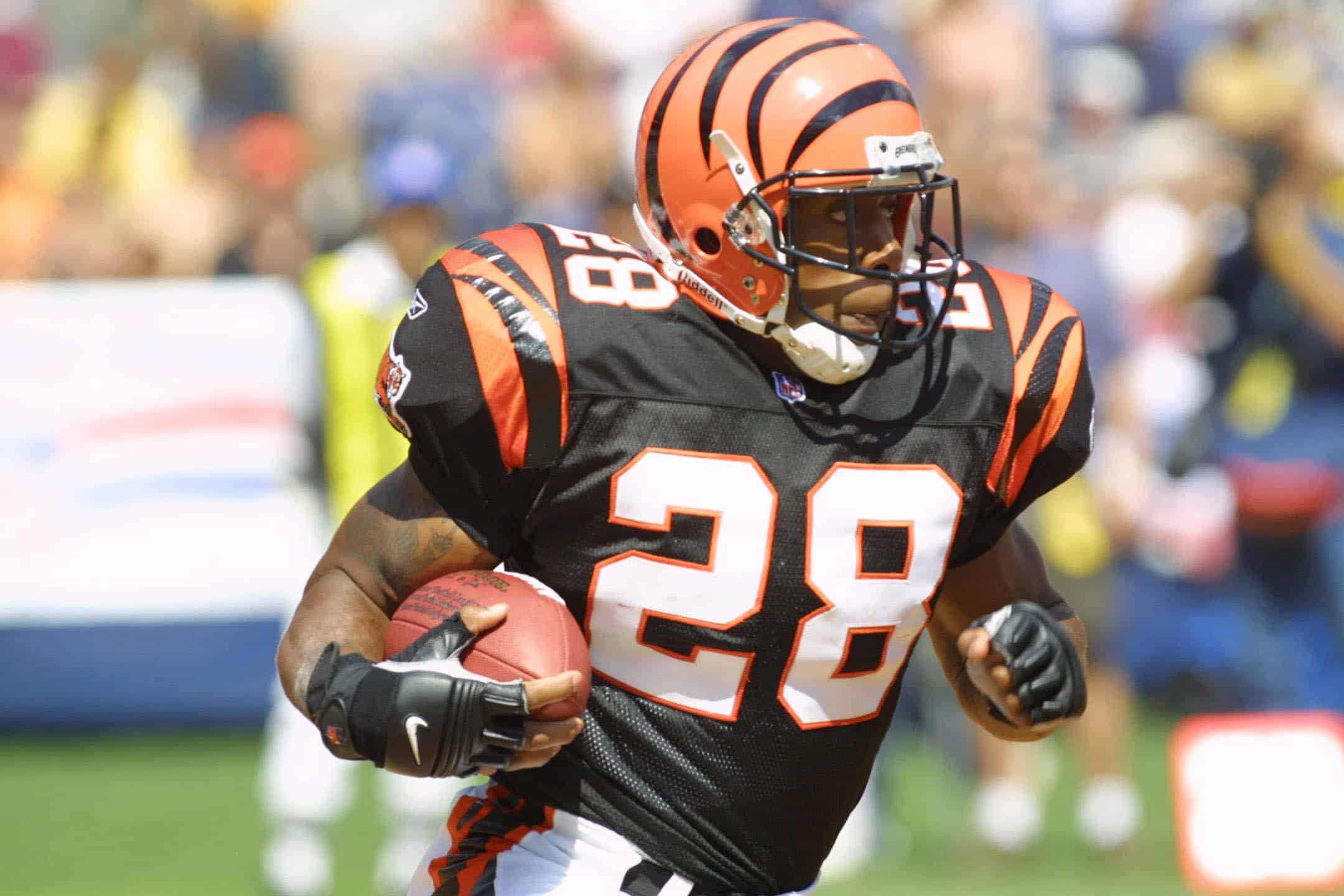 The Life And Career Of Corey Dillon (Complete Story)