Terrence Kiel could’ve been one of the greatest safeties in Los Angeles Chargers franchise history.

He could’ve given the likes of Eric Weddle, Rodney Harrison, and Derwin James a serious run for their money.

It seemed Kiel had the physical prowess, tenacity, dedication, and intelligence to excel on football’s biggest stage.

Alas, Kiel’s gambling problems and legal issues caught up with him just when his pro football career was primed to take off.

Tragically, Terrence Kiel lost his life in a fatal car accident in 2009.

Terrence Dewayne Kiel was born to parents Grose and Regina in Lufkin, TX on November 24, 1980.

He had a sister Glorunda and a brother Grose IV.

He was a hard-hitting defensive back who wore No. 8 for the Lufkin Panthers.

He also said Kiel was a menace on the gridiron: his all-out style of play terrified the Panthers’ junior varsity players.

“He would tear off the head of the best running back we had, the best receiver we had,” Outlaw told Bissinger. “And it might be his best friend. The junior varsity players were scared to death of him.”

Outlaw told The Lufkin Daily News’ Edwin Quarles that Kiel was the only player in his thirty years of high school football coaching he had to yank off the gridiron so he wouldn’t hurt other players.

Hamilton told Quarles in 2008 that he never forgot the times when Kiel covered him in kickoff situations during practice.

Kiel didn’t care they were friends off the gridiron – he always laid hard into Hamilton.

Kiel also played special teams for the Panthers and even had three punt returns for touchdowns during his high school football career.

Terrence Kiel brought his tenacity and dedication to College Station, TX where he would suit up for the Texas A&M Aggies during his college days. 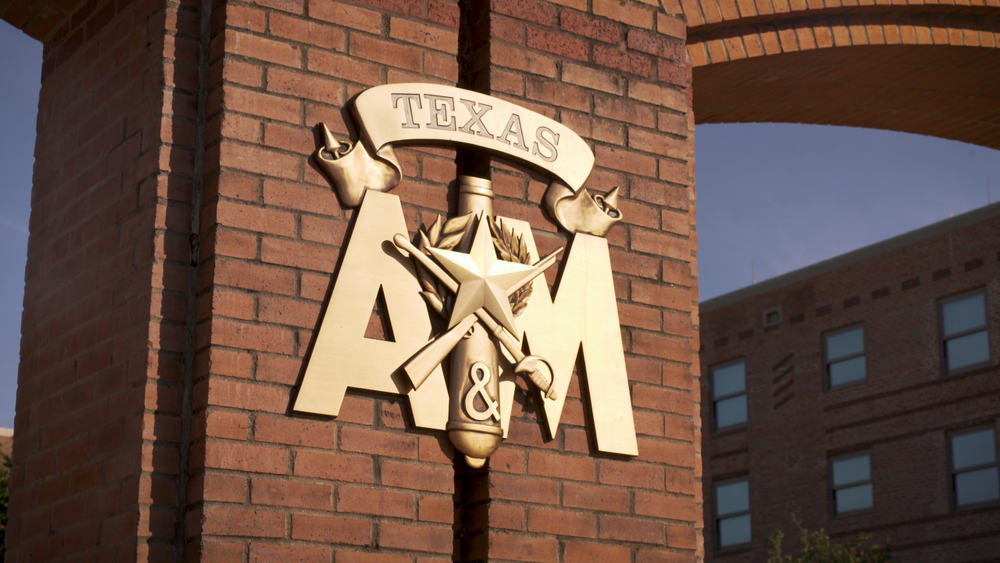 Kiel, a defensive back, became a member of a defense known as the “Texas A&M University Wrecking Crew.”

Kiel became a reliable defensive stopper in his sophomore season. He had 41 solo tackles, six passes defensed, and four interceptions for the Aggies.

Behind Kiel’s emergence, Texas A&M won seven games and made it to the 2000 Independence Bowl.

Unfortunately, the Aggies lost to the Mississippi State Bulldogs, 43-41.

Kiel continued wreaking havoc on the opposition in his junior year.

He raised his solo tackle total to 65. He also added one interception and five passes defensed.

The Aggies won eight games in 2001. They routed the TCU Horned Frogs in the Gallery Furniture Bowl, 28-9.

To nobody’s surprise, he received All-Big 12 honorable mention from coaches and The Associated Press.

Alas, the Aggies finished with a mediocre 6-6 win-loss record in 2002. They didn’t receive a bowl invite for the first time in six seasons.

Kiel was a man of character away from the gridiron during his college days.

His Aggies teammates Jarrod Penright and Richard Whitaker praised his attitude and upbringing during his eulogy in 2008, per The Lufkin Daily News.

Not only that, but Kiel also excelled in the classroom and remained on the Commissioner’s Honor Roll at Texas A&M.

Terrence Kiel exemplified character on and off the gridiron during his early life and days with the Texas A&M Aggies.

Unfortunately, Kiel made some decisions later on that not only cost him his NFL football career, but also his life.

Kiel had a colorful off-field life during his playing days in the National Football League.

Kiel survived three gunshot wounds during an attempted carjacking at a Houston mall five months after the Chargers drafted him in 2003.

Houston police spokeswoman Sandra Aponte told MyPlainview.com that an individual in his late teens approached Kiel while he was inside his 1983 Buick Park Avenue at Sharpstown Mall on the Fourth of July.

The suspect uttered something to Kiel before shooting him in the abdomen, knee, and ankle. He fled on foot and boarded a nearby vehicle afterward.

His grandmother Martha Kiel told MyPlainview.com that her grandson was expected to make a full recovery.

Authorities arrested Kiel during a Chargers practice in September 2006 after he brought cough syrup with codeine to his home state of Texas.

They summoned him off the practice field and then read him his rights inside the locker room. They didn’t search his locker. However, they searched his car and residence afterward, per The Associated Press (via ESPN).

Codeine is a controlled substance that demanded a street price of roughly $325 when mixed with soda, per The New York Times.

The end result of the mixture is the concoction known as “lean.”

Grimes also described Kiel as a “nice young man” and “a gentle guy.” He denied his client, who was earning $500,000 annually from his Chargers salary, was experiencing money issues.

FedEx officials reached out to the federal Drug Enforcement Agency (DEA) after they discovered fifteen bottles of Prometh prescription cough syrup inside a package bound for Texas.

An airline boarding pass found inside the parcel eventually led investigators to Kiel.

DEA agent Dean Henderson told The San Diego Union-Tribune that codeine is hardly prescribed in amounts as big as a pint.

Had that been the case, codeine would’ve been distributed in another prescription bottle instead of a factory version.

For his part, Kiel admitted to DEA officials he knew what the Texas-bound packages contained, per Figueroa.

Kiel was arrested for a second time in a span of four months after police caught him urinating outside a San Diego nightclub in January 2007.

While authorities eventually dropped the charge, Kiel pleaded guilty to several drug counts in connection with the codeine incident a month later.

The Chargers released Terrence Kiel that same month. He received a three-year probation for his actions.

A judge dropped his felony drug charge on the condition he performed 175 hours of community service and undergoes counseling for gambling.

The Chargers decided not to pick up the $1.5 million option that would’ve locked him up for two more seasons in San Diego.

Kiel would’ve also earned $3 million in base salaries during that time frame, per the Houston Chronicle’s John McClain.

Bissinger thought it was odd for Kiel, who had an existing $2.6 million contract with the Chargers, to involve himself in a drug-related incident.

However, authorities suspected Kiel had a serious gambling issue. Smuggling codeine into Texas would’ve earned him the money he desperately needed.

McClain confirmed authorities’ suspicions: he wrote in April 2007 that Kiel played a lot of poker and blackjack at casinos.

Terrence Kiel reflected on his past misfortunes that month.

He said getting shot as a rookie was nothing compared to the codeine incident.

“Getting shot doesn’t compare to the situation I put myself in last year,” Kiel told the Houston Chronicle. “I got shot; but those wounds healed. These wounds might never go away.”

A remorseful Kiel told McClain two months after the Chargers released him that he believed he was a man of character who made a terrible decision.

“I think I’m a great guy that made a bad decision, and I hope to get a chance to make up for it.”

“I have so much regret. I embarrassed myself, my family, the Chargers and the NFL, and I hope I have an opportunity to look someone in the eye and show them how sincere I am.”

Kiel and his San Diego Chargers teammates Drayton Florence and Antonio Gates burst onto the NFL scene in 2003.

Florence was a cornerback the Chargers drafted 46th overall that year. He told Quarles some five years later he marveled at Kiel’s dedication – he studied his playbook meticulously and never showed up for a game unprepared.

On the other hand, San Diego made a bigger splash with Gates, a tight end they signed as an undrafted free agent in 2003.

Gates, quarterback Philip Rivers, running back LaDainian Tomlinson, and linebacker Shawne Merriman were the core members of a Chargers team that were perennial Super Bowl contenders in the 2000s.

Gates became one of the best tight ends not only in Chargers franchise history, but NFL history as well.

Gates credited his ascent in the pro ranks to Kiel, who made life miserable for him on the practice field. The two men also hung out regularly away from the gridiron.

“He made me a better person and player,” Gates told The Lufkin Daily News in 2008.

The Chargers were a bad team during Terrence Kiel’s rookie season in 2003. San Diego won just four games and missed out on the postseason for the eighth straight year.

However, the Chargers turned the corner when they traded rookie Eli Manning for fellow quarterback Philip Rivers in 2004.

Rivers led the Chargers to a twelve-win season and a berth in the AFC Wild Card Game that year.

San Diego averaged a gaudy twelve wins per year in Terrence Kiel’s last three seasons in the National Football League from 2004 to 2006.

The Chargers never made it past the AFC Divisional Round during that span.

Regrettably, Terrence Kiel made a fatal decision that cost him his life and his long-awaited shot at redemption two years after his pro football career ended.

According to The Associated Press (via ESPN), Kiel drove home alone from a party at 10:15 p.m. PT. His vehicle hit a wall in San Diego’s high-end Scripps Ranch neighborhood.

Kiel was barely breathing when emergency responders arrived at the scene. He succumbed to his injuries an hour later.

Police Sargeant Alan Hayward told The Associated Press that Kiel’s friends tried to discourage him from driving after the party. Witnesses told him they saw Kiel apparently driving in the wrong direction at the time of the accident.

RT @SVPDDIALS: @mortreport Mort who else has been busted drinking Lean? > Chargers Terrence Kiel in 2006. Sadly, killed in car accident '08

Nonetheless, Kiel made an effort to get his life back on track.

“Terrence had been through a difficult ride over the last couple of years, but he was putting forth a tremendous effort to put his life together,” McElroy told the Houston Chronicle in 2008.

Terrence Kiel is survived by his girlfriend Stacy Muckelroy and son Terrence, Jr.