Mike Utley’s career in the National Football League ended tragically when a freak play left him paralyzed from the chest down on November 17, 1991.

He was just twenty-five years old when he played his final down in the NFL.

The spinal cord injury was so serious that Utley, a consensus First-Team All-American offensive lineman with the Washington State Cougars, received last rites.

Since then, Utley’s foundation has played a significant role in raising funds and increasing awareness of spinal cord injuries.

Not only that, but several awards and establishments also bear his name to this very day.

Mike Utley’s famous thumbs-up sign is a reminder you can still make an impact on society and leave a lasting legacy in the face of adversities and serious tragedies.

He attended St. Paul School during his grade school days in Seattle.

Utley was a letterman for both the Kennedy Lancers basketball and football teams. He served as team captain for both squads.

The Washington Post’s Mike Freeman dubbed Utley “a free spirit” who loved riding motorcycles and listening to heavy metal tunes during his formative years in the Pacific Northwest.

He also loved wearing his hair long – an act that prompted Merrill to call it an “ugly haircut” in jest, per Freeman.

When Utley was a senior, he purchased a Harley-Davidson motorcycle.

He rode the motorcycle everywhere he went.

Utley turned on the afterburners and morphed into a speed demon whenever he rode his bike.

Merrill told Freeman he hated Utley’s daredevil ways because he was worried he was going to get hurt.

One day, Merrill asked Utley what his top speed was on his motorcycle.

Utley told him the fastest he’d ever ridden was 154 miles per hour.

Merrill asked him if was scared and he replied in the affirmative.

“I kind of look back at that with some weird feelings,” Merrill told The Washington Post in 1991. “I mean, he could ride a bike at 154 miles an hour and not get hurt, but then play a game of football and get hurt.”

Merrill’s words would ring true when Mike Utley got involved in a life-altering freak accident on the gridiron when he suited up for the Detroit Lions that year.

He’d talk to them about his experience in the National Football League. According to Freeman, they were in awe of him.

Mike Utley would travel to the other side of the state to suit up for the Washington State Cougars after he had played his last down for the Lancers.

He was an offensive lineman who played guard and tackle for the Washington State Cougars from 1984 to 1988.

The Cougars were bad in Utley’s first four years in the collegiate ranks – they averaged just four wins per season during that stretch.

Walden went 3-7-1 in his last year on the job the year before.

Ironically, Errickson duplicated his record in his first year at the helm in 1987.

Even a coaching change couldn’t turn Washington State’s fortunes around.

That would all change in the 1988 NCAA campaign – Utley’s last year with the Cougars.

Washington State went 9-3 that year. It was the Cougars’ best record in fifty-eight seasons.

It was the Cougars’ first-ever win against a No. 1-ranked opponent.

Utley and his fellow offensive linemen helped Rosenbach rack up 3,097 passing yards and 24 touchdowns in the 1988 NCAA campaign.

Utley was at the forefront of a high-octane Cougars total offense that led the Pac-10 and ranked third in the country.

He went on to start a then-school record forty-three consecutive games.

Utley also played in the Senior Bowl, East-West Shrine Game, and the Hula Bowl that season.

It was a great way to conclude Utley’s final year with the Cougars.

He played his guts out on the offensive line and earned several accolades.

“At the end of the day I hope I represented Washington State University in a manner my parents would be proud, and I believe I have,” Utley told the Cougars’ official athletics website in the aftermath of his induction in the College Football Hall of Fame in 2016.

He also said his fondest memories of his college football career were running out of Martin Stadium’s tunnel for the first and last time, per WSUCougars.com.

After Mike Utley concluded his memorable five-year stay at Washington State, he embarked on a pro football career in the Motor City.

Little did Utley know it would change his life forever.

The Detroit Lions were a poor football team in the mid-to-late-1980s.

Since Darryl Rogers took over as head coach in 1985, the Lions averaged just a shade fewer than five wins leading up to the 1989 NFL season.

They also hadn’t made the postseason in five straight years.

Detroit was an eyesore on offense in 1988.

The Lions’ putrid running game was one of the main reasons why they struggled.

The Lions’ 3,405 yards of total offense ranked them dead-last in the league.

They needed a capable offensive lineman who could open up holes for Sanders, who went on to become the greatest running back in franchise history.

That guy turned out to be Mike Utley.

The Lions received an additional week of training camp because they played in the Hall of Fame game in the season opener.

Utley was the only fresh face on Detroit’s offensive line.

During those seven weeks of training camp, Utley told the Detroit Free Press’ Brandon Folsom in 2016 veteran offensive linemen Lomas Brown, Eric Andolsek, and Kevin Glover hazed him to see if he can fit their system and contribute right off the bat.

In Utley’s first NFL start against the then-Phoenix Cardinals on September 10, 1989, Brown told him, “Hey, rook, this is how we run our system.”

Utley told Folsom that moment defined the entirety of his NFL career – it helped establish a foundation for his blocking skills and improve his camaraderie with the O-line.

Utley got his rookie season off to a strong start.

He started all five games – all losses – before the Lions placed him on season-ending injured reserve.

The Lions went 1-8 in their first nine games before rallying to finish at 7-9 under head coach Wayne Fontes in 1989.

Detroit fell out of postseason contention for a sixth straight year.

Utley came back from an injury-ravaged rookie year to start all sixteen games for the Lions in the 1990 NFL campaign.

Consequently, the Lions extended their postseason drought to seven years.

Detroit looked like an entirely different team a season later.

With Sanders’ 1,548 rushing yards leading the way, the Lions won a franchise-record twelve games in the 1991 NFL season.

However, everything took a backseat to Mike Utley’s life-changing injury he sustained the week before Thanksgiving Day.

The Lions took on the then-Los Angeles Rams at the Pontiac Silverdome on November 17, 1991.

Utley, who started at right guard for the Lions, broke his neck while he was trying to hold off Rams defensive tackle David Rocker.

He described the fateful moment to MLive.com’s Eric Woodyard in October 2016:

“I went to take his legs out to catch him and knock him so he has to defend me and not the ball. He put his hands on my shoulder, hit me, and knocked me down.”

“Right then and there, I hit my head, I broke my neck, and I knew I was in trouble.”

Utley sustained a serious spinal cord injury that paralyzed him from the chest down.

On November 17, 1991, Detroit Lion interior lineman Mike Utley is paralyzed in a home game against the Los Angeles Rams. pic.twitter.com/48V3cgK5tV

Utley flashed his famous thumbs-up sign as he was carried off the Pontiac Silverdome field on a stretcher.

Utley told the Detroit Free Press’ Bill Dow (via DetroitSportsNation.com’s Don Drysdale) the injury was so serious he almost died on Thanksgiving Day.

Utley spent a total of nineteen days in the intensive care unit (ICU).

The doctors brought in his Lions teammates Eric Andolsek, Shawn Bowens, and Ken Dallafior so they could help create his body cast.

Utley’s physicians discovered he had two blood clots after he and his brothers and a close friend watched football on TV on Thanksgiving Day.

Utley was re-admitted to ICU and given last rites.

Fortunately, he survived and rehabbed at Craig Hospital – a Denver, CO hospital that specializes in spinal cord issues – for almost four months.

Five months later, Utley told The Associated Press (via The Lewiston Tribune) he believed he would walk again someday.

Through vigorous and consistent rehabilitation, Utley eventually regained sensation in his arms, shoulders, and hands twenty-five years after the incident, per Woodyard.

The freak injury forced Utley to hang up his cleats at the young age of twenty-five.

His Detroit Lions teammates dedicated their 34-14 road win over the Minnesota Vikings the week after the incident to him.

“We felt we had an obligation to win this game for Mike,” running back Barry Sanders told The Washington Post.

Sanders racked up 220 yards on the ground in the Thanksgiving Day victory.

“It was a life-changing moment but not life-defining. “(My injury) changed the direction of my life.”

“It wasn’t the most pivotal moment of my life, though. It ended my career as a football player, but November 17, 1991 didn’t change who Mike Utley was. It just changed the direction of his path.”

He met Dani, an ex-paramedic, while he was working out at the fitness center.

Utley and his agent Bruce Allen established the Mike Utley Foundation on January 2, 1992.

The foundation has raised more than $2 million dollars to support its mission of providing financial assistance and raising awareness of spinal cord injuries.

THUMBS UP! This year the Wal-Mart & Kellogg's Mike Utley program has far surpassed our wildest imagination for success! pic.twitter.com/k4QF76MW

Aside from Utley’s foundation, he has remained an active role in the nationwide community.

Washington State University inducted Mike Utley into its Athletics Hall of Fame in 2004.

The Detroit Lions also honored him by renaming their Spirit Award as the Mike Utley Spirit Award.

Utley was the recipient of the 2006 Walter Camp Man of the Year Award and the 2007 WSU Alumni Achievement Award.

He was inducted into the College Football Hall of Fame on December 6, 2016.

Utley is a season-ticket holder of the Washington State Cougars football team. He also witnessed the Pittsburgh Steelers beat his hometown Seattle Seahawks in Super Bowl XL in Detroit.

According to the Seattle Post-Intelligencer’s Dan Raley, Utley regularly works out at home or at Gold’s Gym in East Wenatchee, WA. He also runs his foundation from his home office.

Utley is fascinated with lakes and rivers because of their therapeutic and calming effect.

His Orondo, WA rambler house has two boat docks and a 25-foot hydraulic lift that helps release his boat into the Columbia River.

Utley drives a Cadillac Escalade SUV with special hand controls. His boat has a lockdown seat to accommodate his frame.

1991 – Mike Utley (Detroit Lions) suffered a spinal injury in a game that left him paralyzed from the chest down. pic.twitter.com/RnQJ18erM3

Mike Utley is one adventurous guy.

Not only does he take pleasure in cruising down the Columbia River in his boat, but he has also done skin diving and sky diving, per Raley.

Utley experienced more personal tragedies in the years after his career-ending injury.

His Washington State Cougars teammate and friend, right tackle Chris Dyko, was killed when a car collided with his bicycle in January 2015.

Utley likened the two of them to “two peas in a pod,” per SI.com.

Despite the setbacks, Mike Utley continues to press forward and live his life to the fullest.

“I don’t take any prisoners,” he told the Seattle Post-Intelligencer in 2008. “I don’t put up with crying or snibbling. I don’t have time for it.” 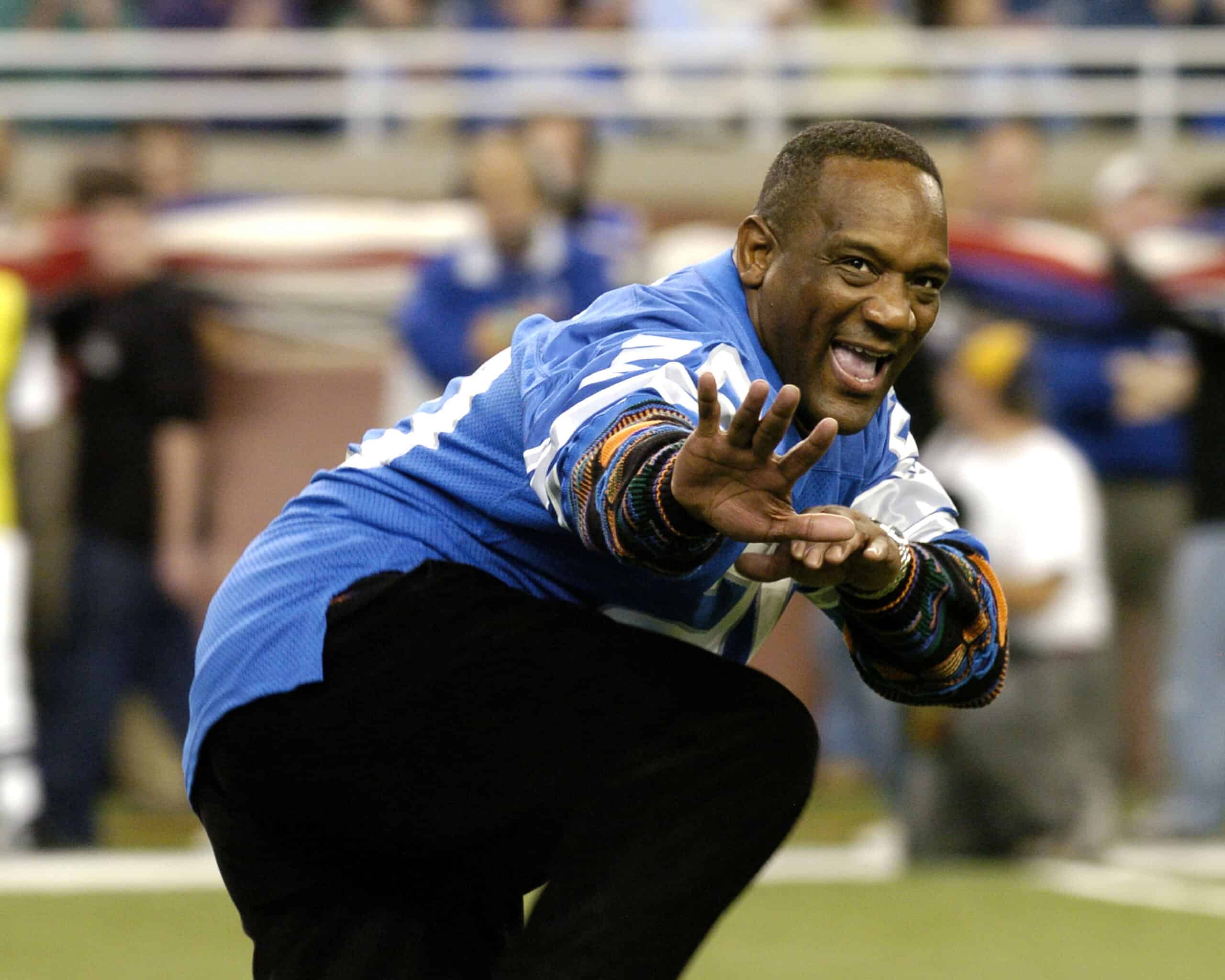 The Life And Career Of Billy Sims (Story) 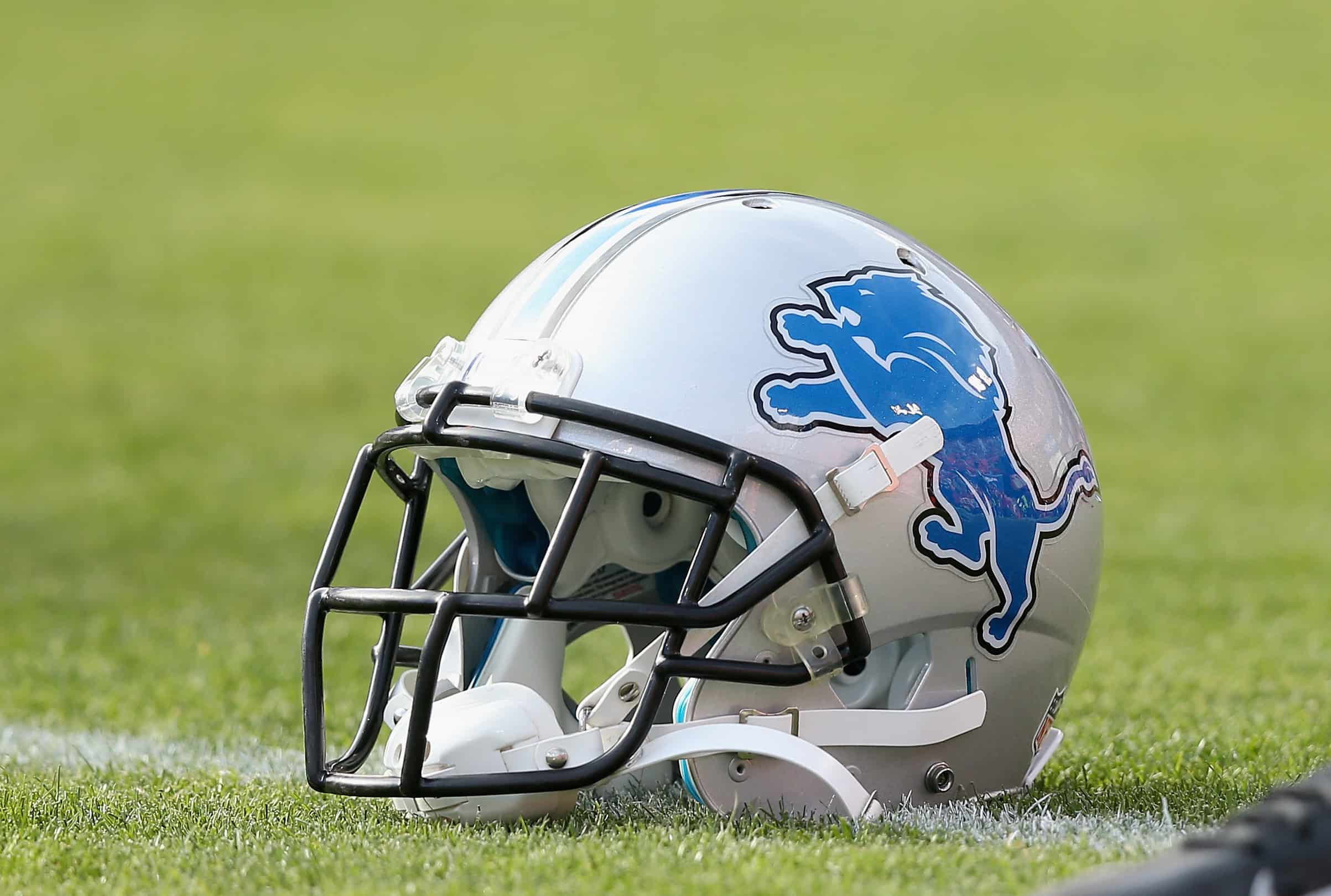 What Happened To Eric Andolsek? (Story) 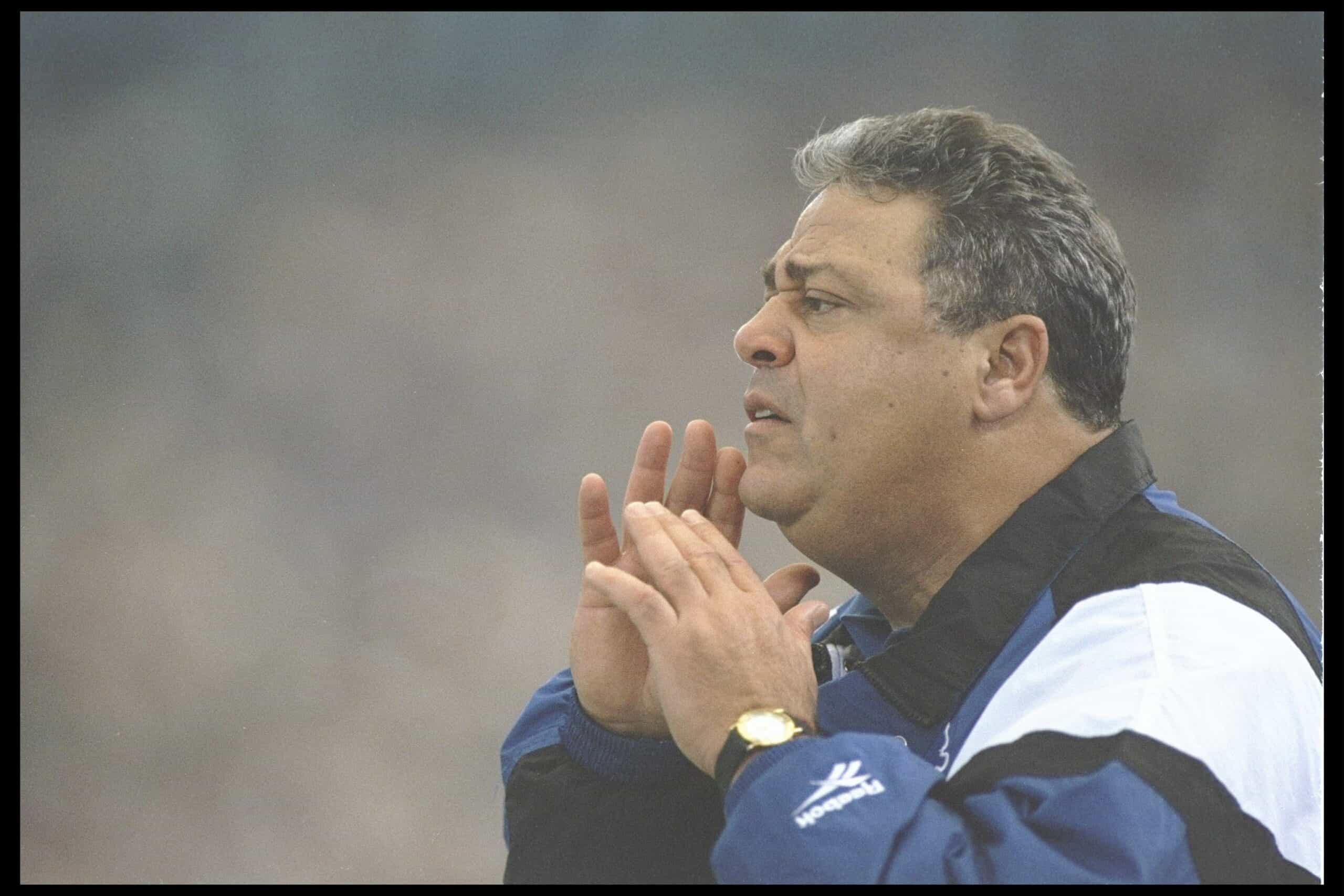 The Life And Career Of Wayne Fontes (Story)

The Life And Tragic Career Of Mike Utley (Story)