No fullback in the American Football League in the 1960s had a more deserving nickname than the Kansas City Chiefs Mack Lee “The Truck” Hill.

Hill was a muscular and powerful fullback who ran like a Mack truck. He struck fear into the hearts of defenders because he was one of the hardest players to tackle during his heyday.

The unheralded Hill piqued the interest of Hank Stram’s Chiefs prior to their second year in Kansas City, MO. Before long, the 24-year-old bruiser became an AFL All-Star following his rookie year with the Chiefs in 1964.

Hill was on the verge of stardom when unspeakable tragedy struck. He passed away due to complications from knee surgery in the winter of 1965.

The Kansas City community rallied behind Hill’s tragic death and became a more unified football town in the years that followed.

Mack Lee Hill wasn’t just a great football player. He was also a young man of high character who will always be a part of Chiefs Kingdom.

Early Life and College Days with the Southern Jaguars

Mack Jr. had twin brothers: Jimmie and Simmie. They were older than him by two years.

Alice Hill passed away when the three brothers were still young. Mack Sr. married a woman named Elma Holt sometime after his first wife passed away. Elma Holt-Hill raised Mack and his brothers and loved them as if they were her own children.

According to Bob Gretz’s 2015 book, Tales from the Kansas City Chiefs Sideline: A Collection of the Greatest Chiefs Stories Ever Told, Mack Jr. developed his muscular physique from lifting 200-lb. bundles of tobacco leaves at a warehouse in his home state of Florida.

Mack Lee Hill# 36 , played 2 seasons with the KC Chiefs from 1964-65. He was deathly afraid of hospitals and even more so of surgery. after a severe knee injury against the Bills, he became so worked up he died on the OR table. at 25 years old. KC retired his number. By SB Radio. pic.twitter.com/bKYuLw10oV

According to The Telegraph’s Bob Greene, Hill had a breakout sophomore season with the Southern Jaguars in 1961. Unfortunately, injuries and coaching changes took their toll on his production in his junior and senior campaigns.

The American Football League’s (AFL) Kansas City Chiefs were the only pro football team that was interested in Hill.

Chiefs scout Lloyd Wells discovered Hill during his college days with the Southern Jaguars in Baton Rouge, LA, per Gretz. It turned out Wells had uncovered a diamond in the rough in Hill.

Unheralded Mack Lee Hill eventually exceeded expectations and became a star the moment he took the field for the Chiefs in 1964.

The Kansas City Chiefs signed Mack Lee Hill as an undrafted free agent prior to the 1964 AFL season. He entered the pro football ranks in the Chiefs’ second season in Kansas City.

Hill signed with Hank Stram’s Chiefs for $300—an amount the team would pay him if he made its regular-season roster.

Not only did Mack Lee Hill make the Chiefs’ roster, but he also lived up to his billing as “The Truck” on the gridiron.

“He was so good, we kept waiting for something to be wrong with him,” Chiefs head coach Hank Stram told Sports Illustrated’s Edwin Shrake in the fall of 1965.

The Chiefs were a mediocre team that averaged only seven wins per season during that two-year time frame.

When Hill entered the pro football ranks in 1964, he wasn’t one to hog the limelight. Chiefs tight end Fred Arbanas told FOX Sports some fifty-one years later that Hill had a quiet demeanor inside the locker room.

Hill’s teammates knew he had a zest for learning just by observing his facial expressions. He tried to absorb as much information as he could from Chiefs head coach Hank Stram. Hill then strapped on his helmet and cleats and went to work on the football field.

Chiefs Hall of Fame outside linebacker and defensive end Bobby Bell remembered Hill as a humble individual. Some players thought they knew everything so they never asked for help.

In sharp contrast, Hill swallowed his pride and approached teammates whenever he needed help. He would ask them if he was doing certain things right on the football field.

When Hill had the ball in his hands, he went full throttle each and every time.

Whenever Stram ran a similar play multiple times, Hill exerted all-out effort and turned on the afterburners whenever he tried to gain yardage.

Hill reminded Bell of Houston Oilers Hall of Fame running back Earl Campbell. Both players ran hard without going out of bounds to avoid contact.

From a defensive standpoint, Bell thought Hill and Campbell were hard players to tackle because of their physicality. Whenever Bell was on the sidelines, he watched Hill pummel opposing players with relative ease.

For his part, Arbanas knew defensive players who never wanted a piece of Hill. Whenever Hill eluded defensive linemen, linebackers and defensive backs cringed whenever he came their way. He was a beast who was hard to tackle.

December 12, 1965, was a day of infamy for the Kansas City Chiefs organization. It would be the last time that Mack Lee Hill wore the Chiefs’ red and gold.

The Chiefs played the Buffalo Bills on that fateful day. When Hill caught a pass from Chiefs quarterback Len Dawson in the second half, Bills linebacker Mike Stratton tackled Hill. Hill’s knee took the brunt of the impact.

“Honest to God, when they hit him, it sounded like a two-by-four cracked,” Bell told Gardner in December 2015.

Mack didn’t want to lay motionless on the football field. He got up and hobbled toward the Chiefs’ sideline.

Bell recalled Hill saying, “Holy crap, man,” as he walked off the field. It was an eerie premonition of things to come.

What seemed like a normal football injury ultimately led to one of the most tragic deaths in pro football history. 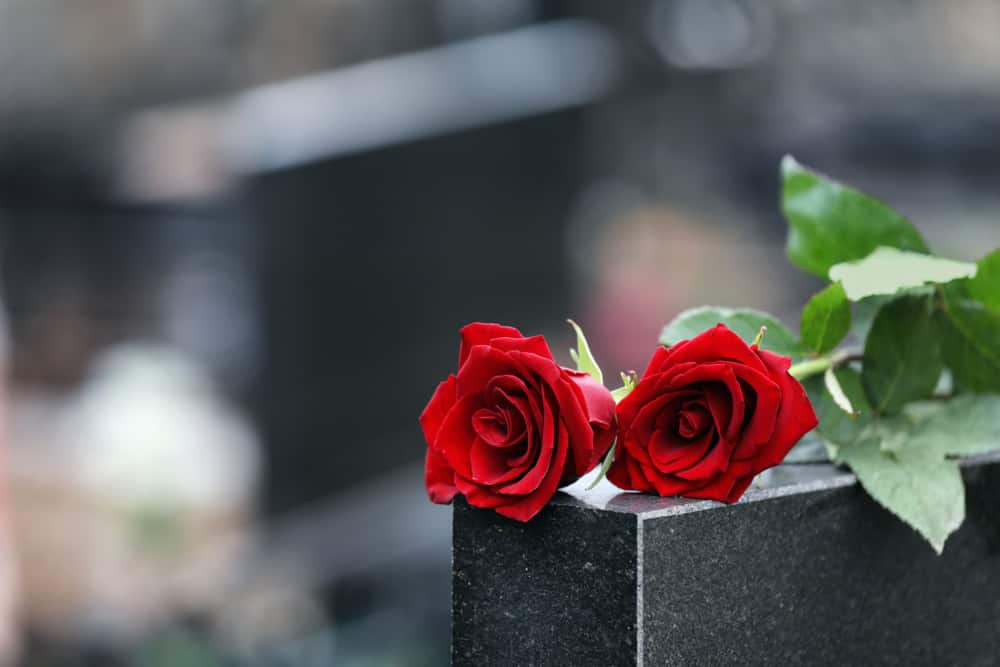 Bell overheard their conversation. Hill told Dr. Lichtor he was scared of going under the knife. Chiefs quarterback Len Dawson also confirmed Hill’s fear of hospitals. He talked to Hill on the day he checked in at Menorah Medical Center two days after injuring his knee against the Bills.

“He knew it had to be done,” Dawson told Gretz fifty years later. “He was talking about afterwards going back to Florida.”

Dr. Lichtor put Hill at ease and told him everything would be all right.

At that point, Hill’s body temperature reached an alarming 108 degrees, per The Associated Press (via FOX Sports).

Injured his knee against Buffalo on December 12, 1965. He died undergoing surgery two days later. The Chiefs’ Rookie of the Year award is named for him. pic.twitter.com/KAExTt1Urg

According to Carlson, Hill’s strength and musculature made him vulnerable to sudden changes in his body temperature. Whenever heat is produced by the muscles that are under anesthesia and surgical stress, it can cause oxygen shortage and ventilation issues.

Carlson also noted that cases such as Hill’s were rare.

For two hours, a dozen medical personnel frantically tried to revive Hill with alcohol sponges, ice-filled mattresses, and ice water enemas to regulate his soaring body temperature, to no avail.

The Chiefs had relocated to Missouri almost two years before Hill’s tragic and unexpected death. They were previously known as the Dallas Texans from 1960 to 1962.

Tragedy struck the Chiefs organization in the aftermath of their move to Kansas City. Another Chiefs running back, Stone Johnson, had died after he broke his neck during a preseason game in 1963.

Kansas City offensive lineman Ed Budde nearly died after an assailant hit his head with a pipe at a nightclub after the 1963 AFL campaign.

A random stranger assaulted Chiefs tight end Fred Arbanas with brass knuckles one year later. The attack made Arbanas lose some vision in his left eye, per FOX Sports.

Mack Lee Hill tragically passed away just twelve months later. Bell told Gardner in 2015 that Hill’s death stunned him and his teammates to no end. They never expected a young and strong fullback’s life to end so suddenly. Bell admitted Hill’s death weighed heavily on the Chiefs’ minds for a long time.

Dawson felt Hill’s death was surreal. He told Gretz in 2015 that Hill was on board their flight back home after that fateful game against the Bills. Hill passed away just two days later.

Stram had no idea how the Chiefs’ ground attack would fare without Hill in Kansas City’s regular-season finale against the Denver Broncos on December 19, 1965.

The Chiefs somehow prevailed 45-35 without a single rushing yard on 22 carries.

Hill’s tragic death somehow gave birth to a camaraderie among Chiefs fans that had hardly existed during their first three years in Missouri.

Although the then-Dallas Texans (the Chiefs’ former name when they were still based in Texas) won the AFL Championship in 1962, football fans in Missouri hardly warmed up to them when they first flew into town.

The re-christened Chiefs struggled at the gates consistently. Players saw thousands of empty seats at Municipal Stadium on game days.

“I think there was a sense of belonging in Kansas City after that, something that wasn’t there before,” Hunt told Gretz in 2015.

Unlike other Chiefs players such as Abner Haynes, E.J. Holub, and Len Dawson who made names for themselves in other football cities, Mack Lee Hill’s star rose solely in Kansas City. Consequently, Hunt thought the entire community took Hill’s death hard.

Although Hill’s life was cut short, his coaches and teammates considered him a true gridiron warrior.

“Mack Lee Hill was a fine gentleman and a great football player,” Stram told The Telegraph’s Bob Greene on December 15, 1965. “He was probably one of the most unselfish players I have ever coached. He was completely dedicated to the team. Football was his life.”

On the other hand, Kansas City outside linebacker and defensive end Bobby Bell remembered Hill as one of the gutsiest players he had ever seen on the football field.

“This guy had one of the biggest hearts you could imagine in a human being,” Bell told Gardner in December 2015. “Mack came from hard times, and he just wanted to play ball.”

Mack Lee Hill entered the Chiefs Hall of Honor in 1971. They also retired his No. 36 jersey.

The Life And Career Of Priest Holmes (Complete Story)

The Life And Career Of Len Dawson (Story)

What Happened To Jovan Belcher? (Story)

The Life And Career Of Jan Stenerud (Story)

The Life And Career Of Albert Lewis (Story)

What Happened To Dante Hall? (Story)

The Life And Career Of Tamba Hali (Story)

The Life And Career Of Johnny Robinson (Complete Story)

The Life And Career Of Trent Green (Complete Story)

The Life And Career Of Neil Smith (Complete Story)

The Life And Career Of Steve DeBerg (Complete Story)

The Life And Career Of Christian Okoye (Complete Story)