NFL defenders typically have a number of intimidation tactics at their disposal.

They might be adept at trash talking or sacking the quarterback.

For some, their speed and agility help them make plays all over the field.

Others are known as “ballhawks” who are proficient at intercepting passes.

Ed Jones did not necessarily have to go to great lengths to be intimidating.

All he had to do was step onto the field.

The man teammates and opponents called “Too Tall” was 6’9”, 270 pounds and was a quick, hard-hitting defensive end.

In 1974, Ed "Too Tall" Jones became the first and only player from an HBCU to be selected #1 overall in an NFL Draft. He was selected by the Dallas Cowboys out of Tennessee State University. He played 15 seasons at defensive end, won 1 Super Bowl, and was selected to 3 Pro Bowls. pic.twitter.com/x5KNM1KqQj

His gift was bearing down on opposing ball carriers as they feared for their life.

Due to his side career as a boxer, Jones also had quick hands and a fighter’s mentality.

This is the story of Ed “Too Tall” Jones.

Edward Lee Jones was born on February 23, 1951 in Jackson, Tennessee.

As he began to grow in height, Jones’ talent in sports grew as well.

He became a gifted basketball and baseball player at Merry High School in Jackson and attracted attention from college recruiters for his All-American game on the hardwood.

Just before his senior year, the administrators at Merry High decided to offer football for the first time in the school’s history.

Jones went out for the team and played in just three games that fall.

“What a lot of people don’t know about me is I only played a few football games in high school,” Jones said in 2017. “I grew up out in the country, and my high school didn’t have a football team.”

Jones also had a strong love for boxing and participated in a Gold Gloves bout during his senior year.

As the fight got underway, Jones used his tall frame and incredible reach to knockout his opponent in less than a minute.

Not long after the fight, Jones’ basketball coach read an article in the newspaper about the fight.

He approached his star with a choice, either boxing or basketball.

Reluctantly, Jones gave up the ring.

By the time high school graduation arrived, a number of Division I schools were asking for his services as a basketball player.

Additionally, some Major League Baseball teams contacted Jones about playing first base in their farm systems.

Switch to the Gridiron and Birth of a Nickname

Jones would play two years for the Tigers basketball team before he made a decision that would affect his future.

Although he had only participated in a handful of football games in his life, Jones still liked the sport.

Jones took to the idea and left the Tigers’ basketball team to join Merritt’s squad.

As Jones prepared for his first practice, Merritt realized there would be some complications in preparing him for football.

First and foremost, TSU football wasn’t prepared for an athlete of Jones’ size.

TSU HISTORY- In 1974, Ed "Too Tall" Jones made history by becoming the first player from a Historically Black College or University to be selected as the No.1 overall pick in the NFL draft.
Ed “Too Tall” Jones arrived to Tennessee State on a basketball scholarship in 1970. #tsu pic.twitter.com/2Zs0VkiyG4

When it came time to put on his practice uniform, Jones found that he couldn’t find a pair of practice pants that fit him.

A teammate happened by and commented to Jones that his pants didn’t fit because he was “too tall to play football.”

Once he found pants that fit, Jones took to his new sport quickly.

Using his length and quickness, Merritt put Jones at defensive end and watched “Too Tall” nearly single-handedly shut down opponents.

In three seasons with the team, Jones and TSU only lost two games.

He collected 12 sacks in his senior season (good for third in TSU history) and ended up ranked fifth in program history in total sacks with 38.

The 6’9” DE, Ed “Too Tall” Jones was a 2x All-American & 2x Black College Football Champion at TSU. He is the 1st player from an HBCU to be drafted #1 overall- in 1974 by the Dallas Cowboys. The Super Bowl champion tallied 106 sacks & was selected to 3 Pro-Bowls. #BHM pic.twitter.com/jPVoUk3vTo

Jones also became a two-time All-American for his junior and senior years.

Normally, the NFL tends to shy away from athletes that attend small schools.

However, Jones was an exception.

His stature and dominant play for TSU made him difficult to ignore.

The Dallas Cowboys couldn’t resist the lure of such a specimen and selected Too Tall with the first overall pick of the 1974 NFL Draft.

Today in 1974, the Cowboys take Ed "Too Tall" Jones from Tennessee State #1 overall in the 1974 NFL Draft. pic.twitter.com/ZD3rdZ1DCG

That gave Jones the distinction of being the first player from a historically black college to be drafted with the number one overall pick in NFL history.

However, he still collected six sacks and was named to the Pro Football Writers Association All-Rookie Team.

Jones’ rookie year coincided with a “down” season for Dallas.

The unit intimidated offenses and created havoc for offensive coordinators.

Dallas eliminated Minnesota and the LA Rams in the first two rounds of the ‘75 postseason before facing the Pittsburgh Steelers in Super Bowl X.

In one of the most thrilling championships in NFL history, the Steelers upended the Cowboys 21-17.

After a disappointing loss in the 1976 Divisional round to the Rams a year later, the Cowboys returned to the Super Bowl in 1977.

That season Dallas lost only two games and crushed Chicago and Minnesota in the playoffs.

Against the Vikings, Jones had a sack, two forced fumbles, and eight unassisted tackles.

The Cowboys would then defeat the Denver Broncos in Super Bowl XII 27-10.

In 1978, the Cowboys reached their third Super Bowl in four years after a 12-4 regular season and victories over Atlanta and LA in the playoffs.

Once again, Dallas came up short against the Steelers 35-31 in the NFL’s ultimate game.

Jones Walks Away from Football

After the loss in Super Bowl XIII, Jones shocked the Cowboys organization and fans alike when he decided to retire.

At that point, he had 31 sacks, a championship, and three Super Bowl appearances in his career.

However, Jones desperately wanted to return to his first love, boxing.

“It was something I had to do. I knew if I hadn’t done it then that I would be one of those guys who realized when he’s 40 he never had experienced it. I did something I wanted to do all my life. Football was always number two,” said Jones in 2020.

Jones further explained why the lure of the ring appealed to him enough to want to leave the glory of the NFL.

“Every day after school, I’d come home, get my homework done, and ride my bike six miles into the city, tape my hands, and spar. I was the happiest kid on the block,” Jones once said.

“I was stunned by it,” wide receiver Drew Pearson admitted. “I didn’t think he’d do it. I didn’t know if he would start another career while this career, the football career, was going so well. He was a bad man playing football.”

In 1979, Jones would end up boxing in six professional bouts.

Since he was already a football star, every one of his fights were televised nationally.

Despite the fact that he hadn’t boxed since high school, Jones won all six bouts and defeated five of his opponents by knockout.

“Edward Lee Jones looks like what might happen if you had a hammer and a chisel and a license from God to make yourself a heavyweight champion of the world,” columnist Jim Murray once wrote.

Not long after his last fight in January of 1980, Jones announced that he was returning to Dallas.

Although it is estimated that he earned more money boxing compared to his entire 1978 salary, Jones never explained why he decided to leave the sport.

“I never told anybody but family, and that’s something I can’t wait to someday share with the public, to tell you the truth. But all I can say is it was out of my control. But I’m at peace with it. I had accomplished what I wanted to accomplish. And I was successful at it. That’s all that really mattered,” Jones said.

Too Tall is Better than Before

After arriving back in Dallas, the coaching staff as well as Jones’ teammates noticed that the year away had actually turned him into a better football player.

“He was in better condition,’’ Cowboys’ head coach Tom Landry said years later.  “Clearer mind. He had more of an intent of being a football player.’’

For the next several years, Jones was nearly unblockable as he racked up sacks and knocked down passes (11 passes defended in 1980 alone).

His football peers saw the difference and Jones was voted to the Pro Bowl after the 1981-1983 seasons.

“My reaction time was so much quicker coming off the ball,’’ Jones said. “I was able to make a lot more plays.’’

From 1980 to 1982, the Cowboys appeared in three straight NFC Championship Games.

Unfortunately, they would lose all three contests.

Jones Plays through the Lean Years

Beginning in 1986, the franchise started to go downhill fast.

After the 1988 team went 3-13, the Cowboys were sold to new owner Jerry Jones who fired Landry and hired his friend Jimmy Johnson.

Remarkably, Too Tall was still playing for Dallas at the time.

Jones decided to stick around for Johnson’s first year as head coach and played through a dismal 1-15 season.

The win total was the Cowboys’ worst since their inaugural season in 1960 when the franchise didn’t win any games.

Once the season ended, Too Tall hung up his cleats for the second and final time.

He played in three Super Bowls and took home one title.

For most of Jones’ career, the NFL did not keep track of tackles, sacks, or passes defended.

However, Dallas kept track of these stats and Jones ranks as one of the best ever to play for the Cowboys franchise.

According to the Cowboys, Jones has a total of 106 quarterback sacks (third-most in team history) and officially has 57.5.

He is the fifth leading tackler in franchise history with 1,032.

Jones was one of the longest tenured Cowboys when he retired.

His record of 15 seasons with the club was eventually broken by Jason Witten.

In the years since, Jones has been inducted into the Tennessee Sports Hall of Fame and the Black College Football Hall of Fame.

There have been numerous former players and NFL executives that believe Jones should be a member of the Pro Football Hall of Fame as well.

Jones has dabbled in acting including a memorable appearance in a Geico ad in 2009.

As of 2020, Jones lives in Dallas where he owns a real estate company as well as an event coordination company that produces concerts, motivational speaking engagements, and conferences.

Now in his early 70s, Jones is still remembered as one of the most intimidating players in NFL history.

“My attitude was I’m the toughest, biggest, baddest on the block,” Jones once said. “That was my attitude throughout my career.’’ 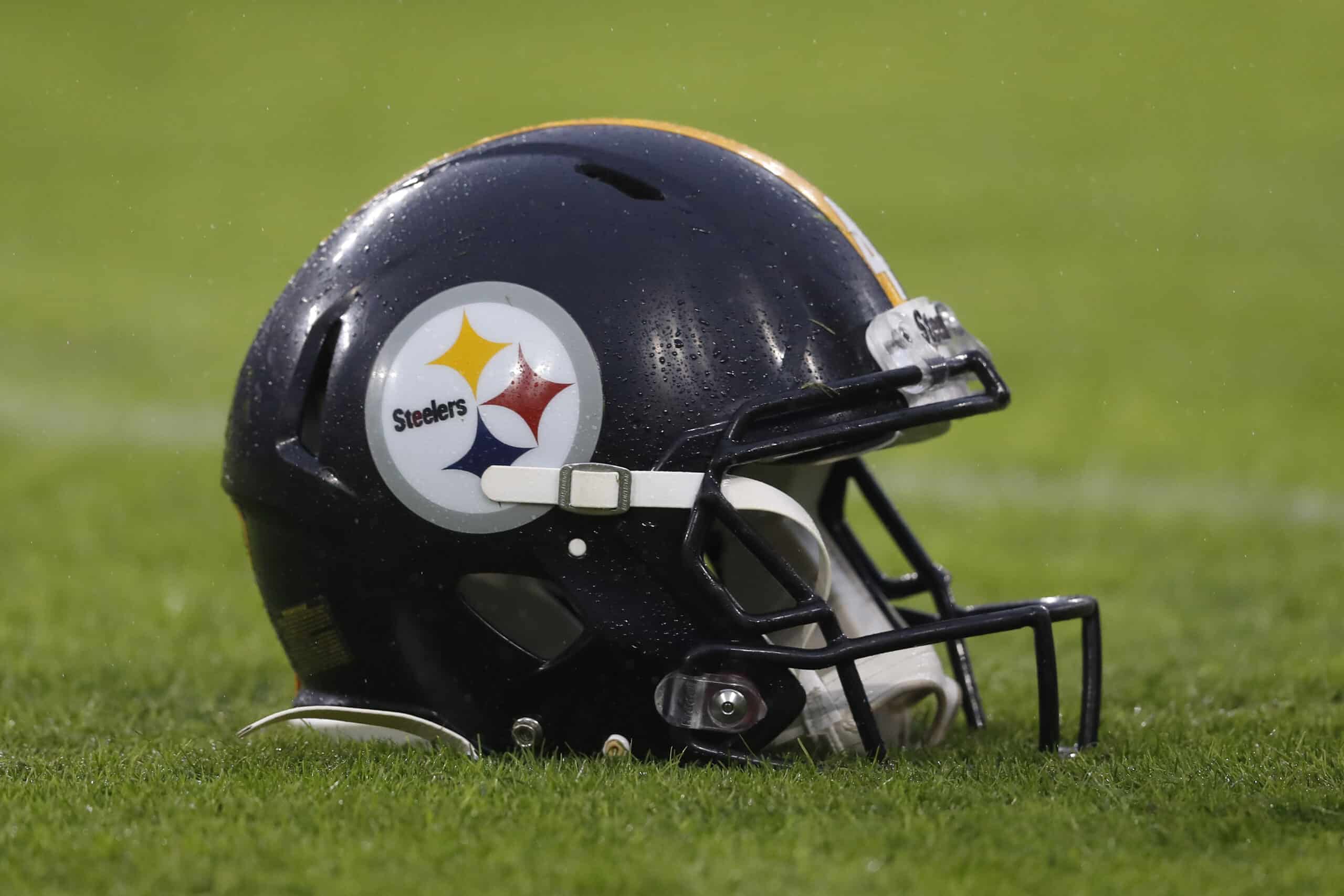 The Life And Career Of Terry Long (Story) 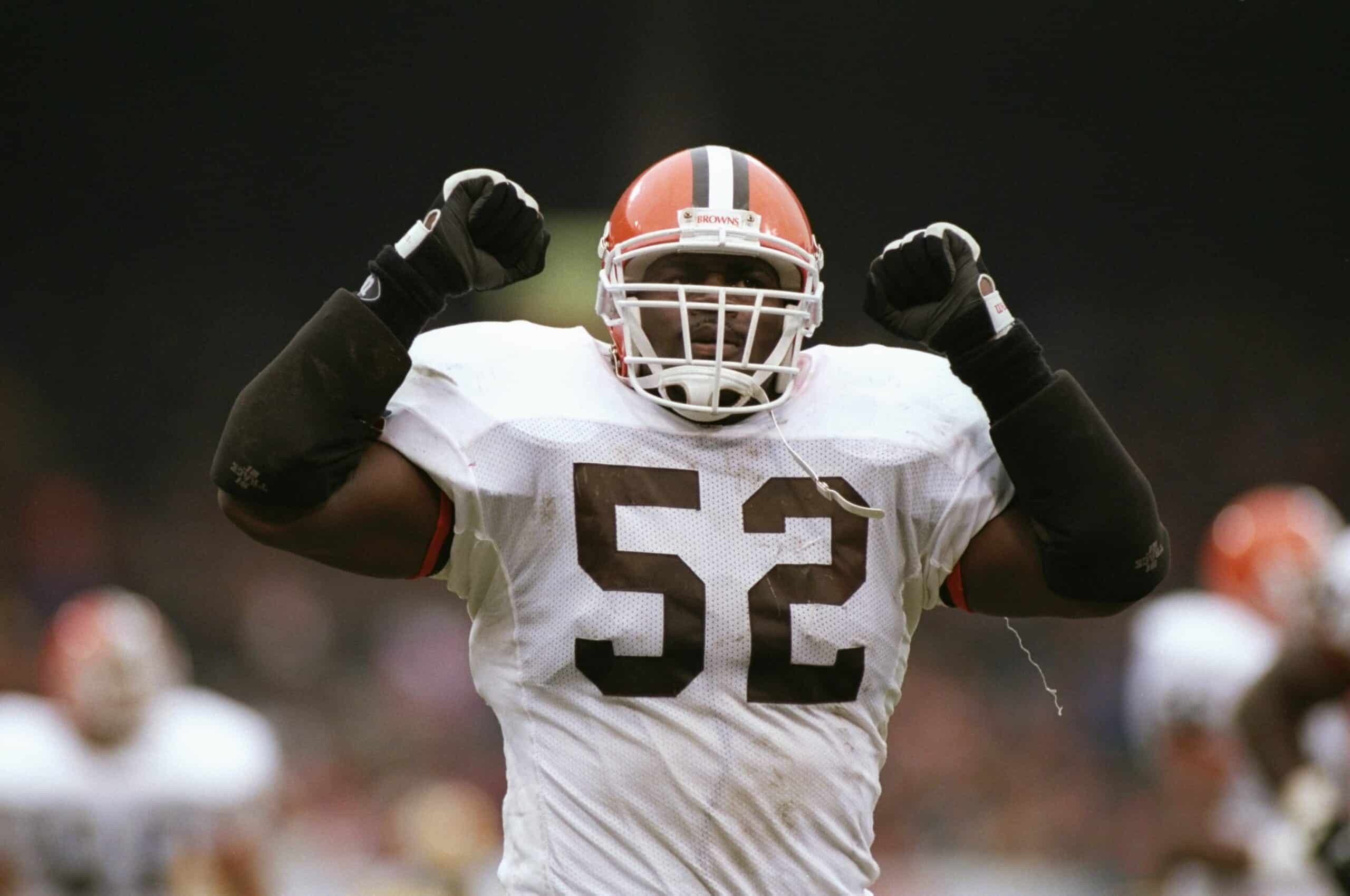 The Life And Career Of Pepper Johnson (Story) 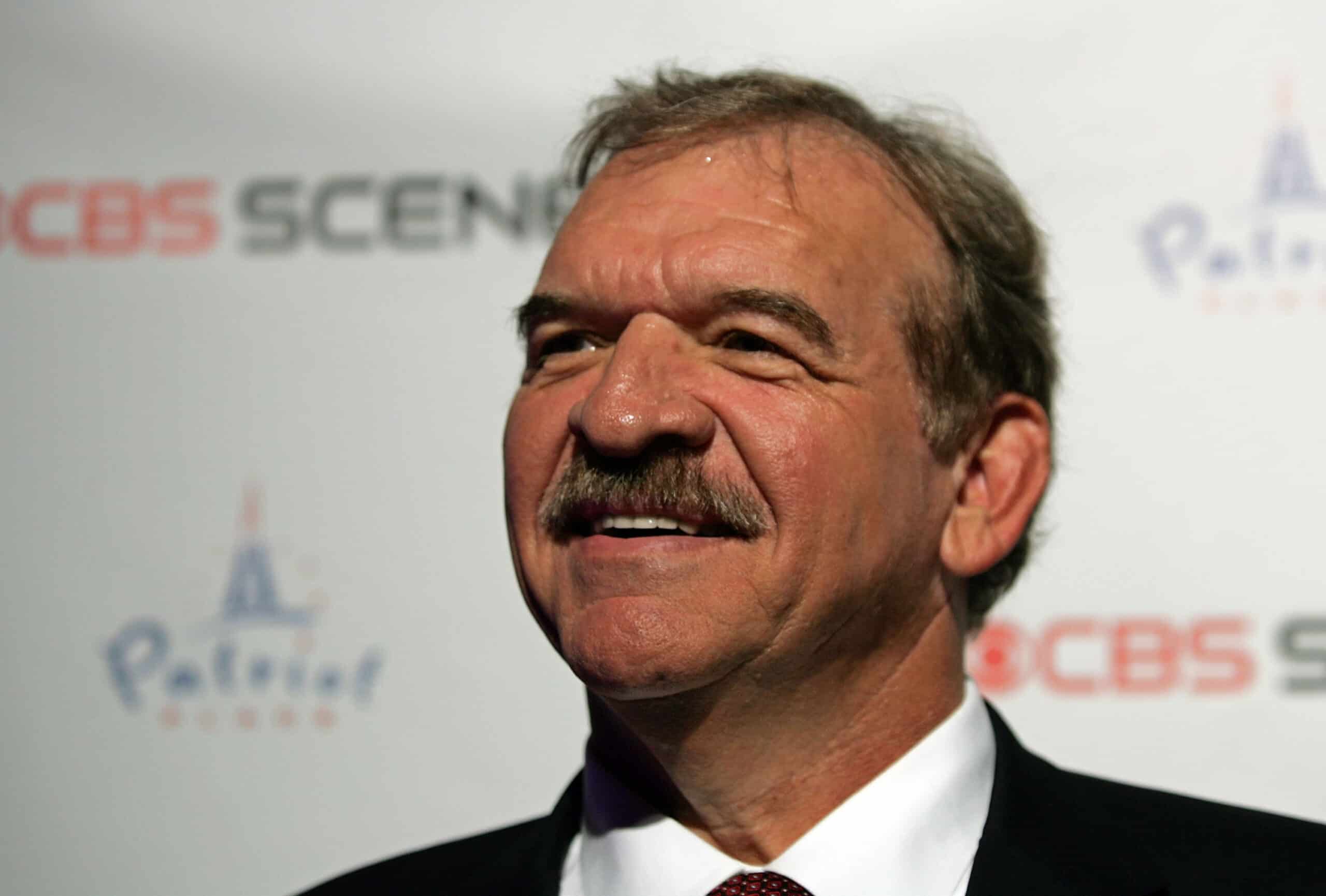 The Life And Career Of Dan Dierdorf (Story)

The Life And Career Of Ed "Too Tall" Jones (Complete Story)