David Treadwell was one of the best kickers in Denver Broncos’ franchise history.

Although Treadwell played just six seasons in the National Football League, he made the most of his time.

After sitting out during his first year of eligibility in the pro football ranks, Treadwell worked hard behind the scenes, burst out of the gates, and became a Pro Bowl kicker in 1990.

Treadwell spent four of his six NFL seasons in the Mile High City before playing the final two with the New York Giants.

Alas, a key rulebook change regarding kickoffs prior to the 1994 NFL season ended his once-promising football career.

Nevertheless, David Treadwell, a former high school soccer standout, made a solid impact on pro football despite never playing a single down of football until his 1985 NCAA season with the Clemson Tigers.

David Mark Treadwell was born in Columbia, SC on February 27, 1965.

Treadwell learned the value of teamwork—an important life lesson he applied to his career on the gridiron—from his parents.

“It was part of my upbringing to realize that it takes everyone working together to be successful. It’s all about the team and teamwork,” Treadwell told Sam Blackman of the Clemson Tigers’ official athletics website.

Treadwell was a star soccer player for the Bolles Bulldogs.

Ironically, he’d become a Pro Bowl placekicker in the National Football League several years later despite not playing a single down of high school football.

Treadwell was a staunch fan of the Alabama Crimson Tide and their legendary head coach Bear Bryant during his formative years in South Carolina.

When Bryant stepped down in 1982, Treadwell lost interest in attending Alabama.

Clemson Tigers assistant football coach Chuck Ready met Treadwell when he was on one of his recruiting visits.

Ready encouraged Treadwell to walk-on at Clemson. Treadwell heeded his advice after receiving encouragement from his father.

David Treadwell took a chance and became one of the most clutch kickers in Clemson Tigers football history.

College Days With the Clemson Tigers 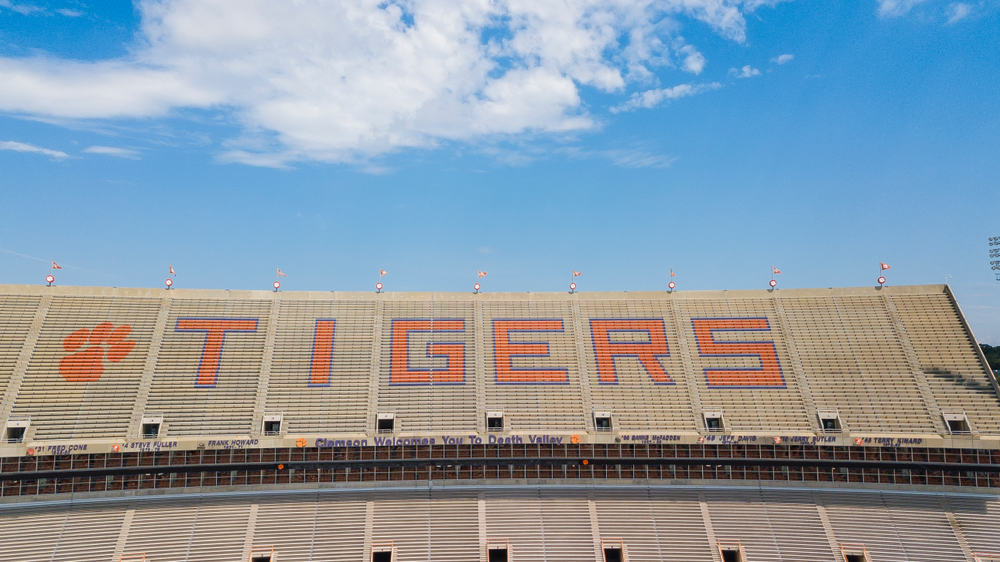 David Treadwell attended Clemson University from 1984 to 1987. He majored in electrical engineering with a minor in business.

“I got interested in Clemson when I saw the Tigers beat Nebraska in the 1982 Orange Bowl to win the National Championship,” Treadwell told ClemsonTigers.com. “Clemson has a good engineering school.”

Treadwell knew he had to improve his kicking accuracy so he’d get a shot with the Tigers’ special teams unit. He told Blackman he practiced his kicks using goalposts that were just nine feet apart.

Despite the work Treadwell put in, he was a long shot to make the regular rotation since Clemson already had Bob Paulling and Donald Igwebuike.

To compound matters, Treadwell hardly knew anybody at Clemson. He admitted to an interviewer from the Tigers’ official website that his first two years in college were daunting.

Treadwell first made an impact on Clemson football when he nailed the game-winning kick with no time left in the Tigers’ resounding 20-17 road win against the Virginia Tech Hokies in the 1985 season opener.

Tigers head football coach Danny Ford had four kickers in his lineup for the game against Virginia Tech.

Ford hadn’t made his mind up regarding who would take on kicking duties on that day. As the Tigers drove closer to the Hokies’ goal line, the four kickers jockeyed for position on the sideline hoping the most prominent kicker Ford saw would get the nod.

That man was David Treadwell.

Treadwell established himself as one of the best kickers in Clemson football history as his time with the Tigers wound down.

Treadwell made six career field goals that either tied or won the game for the Tigers inside the final three minutes.

Two of Treadwell’s most memorable field goals were against the Georgia Bulldogs in 1986 and1987.

A little over a year after Treadwell’s game-winning kick against the Virginia Tech Hokies, he struck again.

It turned out Gardocki, who was still in high school, was on a recruiting trip to Georgia on that day, per ClemsonTigers.com.

Almost exactly a year after Treadwell beat the Bulldogs in 1986, he struck again with a 21-yarder with just two seconds left to secure a thrilling 21-20 win in Clemson.

One of Treadwell’s classmates had an eerie premonition in class before his second game-winning field goal against Georgia.

That classmate asked him if he would make another game-winning field goal.

The ever-modest Treadwell downplayed his chances of pulling off the same stunt two years in a row.

For some strange reason, lightning struck twice for David Treadwell. He was a clutch kicker in every sense of the word.

“It meant a lot to be able to contribute to the team in the rivalry with Georgia,” Treadwell told ClemsonTigers.com years later. “It’s a natural rivalry and the schools are so close together.”

Treadwell singled out the two game-winning kicks against the Georgia Bulldogs as the most memorable moments of his gridiron career.

He made an amazing 92 of 93 extra-point attempts for a 98.9 percent accuracy rating during his three-year stint with the Clemson Tigers from 1985 to 1987.

Treadwell also made 47 of 66 field-goal attempts for a 71.2 percent accuracy rating during that same time frame.

The Tigers averaged eight wins per season with David Treadwell as their kicker.

They made three bowl appearances and won two of them—the 1986 Gator Bowl and the 1987 Citrus Bowl.

Running down the Hill has long been part of the Tigers’ tradition before they take the field for every home game at Memorial Stadium.

Treadwell felt that tradition helped fire him and his teammates up before their home games on Saturdays.

“You get so inspired, and so much of college football is about emotion,” Treadwell told ESPN’s Mark Schlabach in September 2007. “You get out of that bus and you hear the roar of the crowd and it gives you chills up and down your spine.”

David Treadwell’s pro football career got off to an inauspicious start.

Treadwell spent time on the Denver Broncos‘ practice squad during the 1988 NFL season. He didn’t make the team’s regular-season roster that year.

He agreed to a deal with the then-Phoenix Cardinals the following year but they traded him to the Broncos before the 1989 NFL season kicked off.

Treadwell went on to spend four of his six-year NFL career in the Mile High City.

One might think the year off from football set David Treadwell back. However, he saw things in a different light.

“I actually benefited from the year out of football,” Treadwell told Scout.com (via MileHighReport.com) in 2003. “I worked out; getting bigger and stronger.”

Treadwell decided to sign with the Cardinals because he thought he could win the kicking job.

However, he felt Broncos head coach Dan Reeves saw something in him because he instigated the trade that put Treadwell in Broncos blue and orange.

We jumped the gun yest. It's actually NINE Sundays until #Broncos season kicks off. Here's David Treadwell to make up pic.twitter.com/cm0vKSwILW

Treadwell had a memorable rookie campaign for the Broncos in 1989. He made 39 of his 40 PATs and 27 of his 33 field goal tries that year.

His personal best in 1989 was a 46-yard field goal. He also nailed a 42-yarder in the first quarter of the Broncos’ lopsided 55-10 loss to the San Francisco 49ers in Super Bowl XXIV.

David Treadwell consequently made his first and only Pro Bowl appearance in 1990. He also became an All-Pro placekicker at the season’s end.

Dan Reeves was right all along—Treadwell had some serious potential as an NFL placekicker.

Alas, the Broncos took a major step backward and won just five games in 1990. It was their worst showing in eight seasons.

Fortunately, Denver turned things around in 1991. The Broncos won twelve games and made their sixth postseason appearance in nine years.

David Treadwell had a memorable postseason run during the 1991 NFL season.

He made the game-winning field goal with 16 seconds left to give the Broncos a thrilling 26-24 win over the Houston Oilers in the 1991 AFC Divisional Round on January 4, 1992.

Unfortunately, Treadwell would rather forget the 1991 AFC Championship Game against the Buffalo Bills eight days later.

Consequently, the Bills made the second of their four consecutive Super Bowl appearances in the early 1990s.

Treadwell was a picture of consistency in his final year with the Broncos in 1992. He made 20 of 24 field goals and nailed all of his 28 PATs for Denver.

Regrettably, the Broncos slipped back to mediocrity with an 8-8 win-loss record in the 1992 season.

Treadwell spent the last two years of his NFL career with the New York Giants from 1993 to 1994.

The Giants averaged ten wins per year with Treadwell as their kicker. They never made it past the NFC Divisional Round.

People also always asked David Treadwell why he didn’t kick barefoot during his NFL career. He answered that he didn’t see a need for it.

“I played soccer with my shoes on,” Treadwell told OZY.com’s Kevin Fixler in the fall of 2015. “Why do you need to kick barefoot?”

The NFL’s new kickoff rule in 1994 that moved the ball from the 35-yard line to the 30-yard line marked the end of David Treadwell’s six-year pro football career.

“When they moved the kickoffs back to the 30-yard line, that hurt me,” Treadwell told Scout.com (via MileHighReport.com) in 2003. “Those extra five yards were too much for me. I couldn’t get the kickoffs as deep as the coaches wanted.”

Despite Treadwell’s accuracy, NFL teams couldn’t keep two kickers and a punter on their rosters.

He bade pro football goodbye, embarked on a thriving law career, and became a key community service figure in the Denver, CO area in subsequent years.

David Treadwell, his wife Lisa, and their three children Reece, Connor, and Reilly currently reside in the Denver, CO area.

Treadwell became a lawyer several years after he retired from the National Football League.

He graduated from the University of Denver College of Law with a Juris Doctor degree in 1996. He passed the Colorado State Bar several months later.

Treadwell became a member of the Clemson Athletic Hall of Fame in 1997. He is also a member of the Commission on the Future of Clemson University and Secretary of the Denver Broncos Alumni Association.

He played a major role in developing a political campaign for the Denver Broncos’ new, state-of-the-art Invesco Field in 2001. The stadium is currently known as Empower Field at Mile High.

Treadwell moved to CBRE after it acquired Johnson Capital’s servicing portfolio in 2012. He eventually became the first vice president of CBRE’s debt and structured finance division.

David Treadwell encountered a professional setback at the peak of his career in 2013.

Treadwell was a manager of Sierra Verde when he guaranteed the loan. Despite the company’s bankruptcy declaration, the lawsuit against Treadwell continued.

According to the company’s official website, Treadwell specializes in financial consulting services for apartments as well as retail, office space, industrial space, and hospitality properties.

Treadwell has other endeavors outside of his career in law. He enjoyed a successful six-year stint as a sports broadcaster in the Centennial State.

Treadwell was a radio sports talk show host for Clear Channel Communications of Colorado and a television sports director for FOX 31 News during his days with the Montgomery, Little, and McGrew law firm.

He also maintained an active role in Denver’s civic community endeavors. Treadwell was a member of the Denver Broncos Youth Foundation and the Colorado Sports Council’s advisory boards.

Treadwell was also a spokesman for the Metropolitan State College Plain and Fancy Ball, the DARE Program, the Girl Scouts of America Cookie Drive, and the Leukemia Society of Colorado. 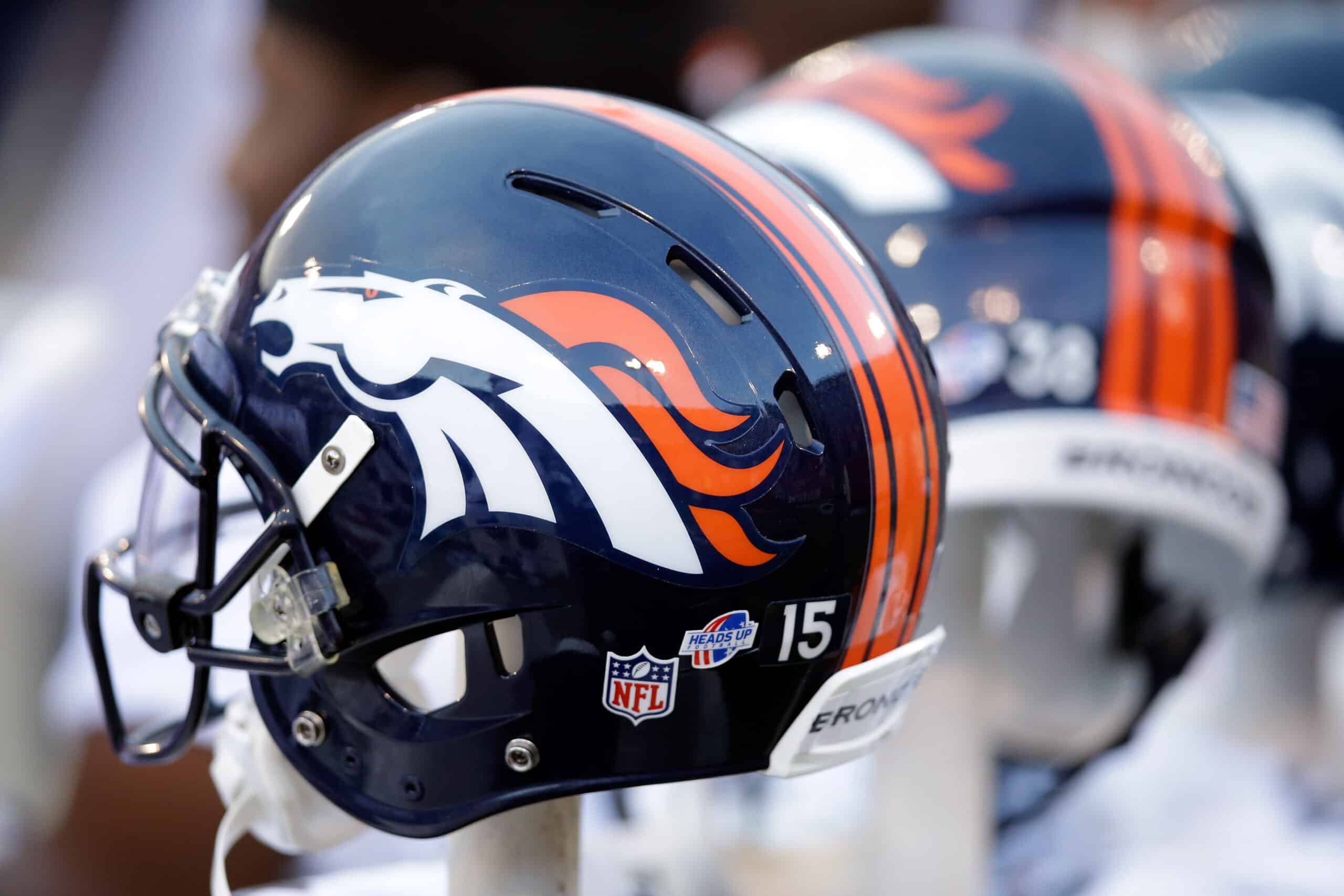 The Life And Career Of Rich “Tombstone” Jackson (Story) 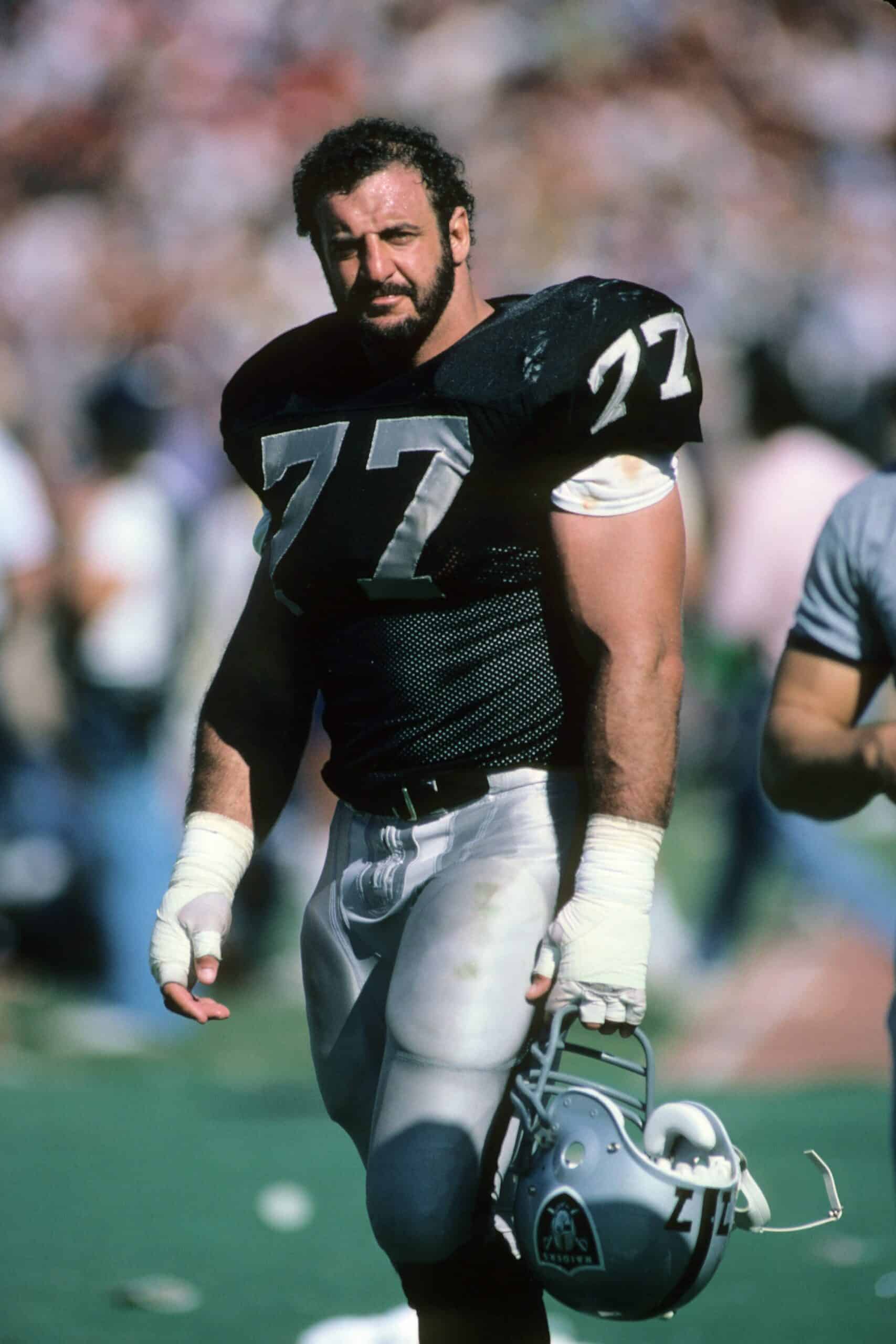 What Happened To Lyle Alzado? (Story) 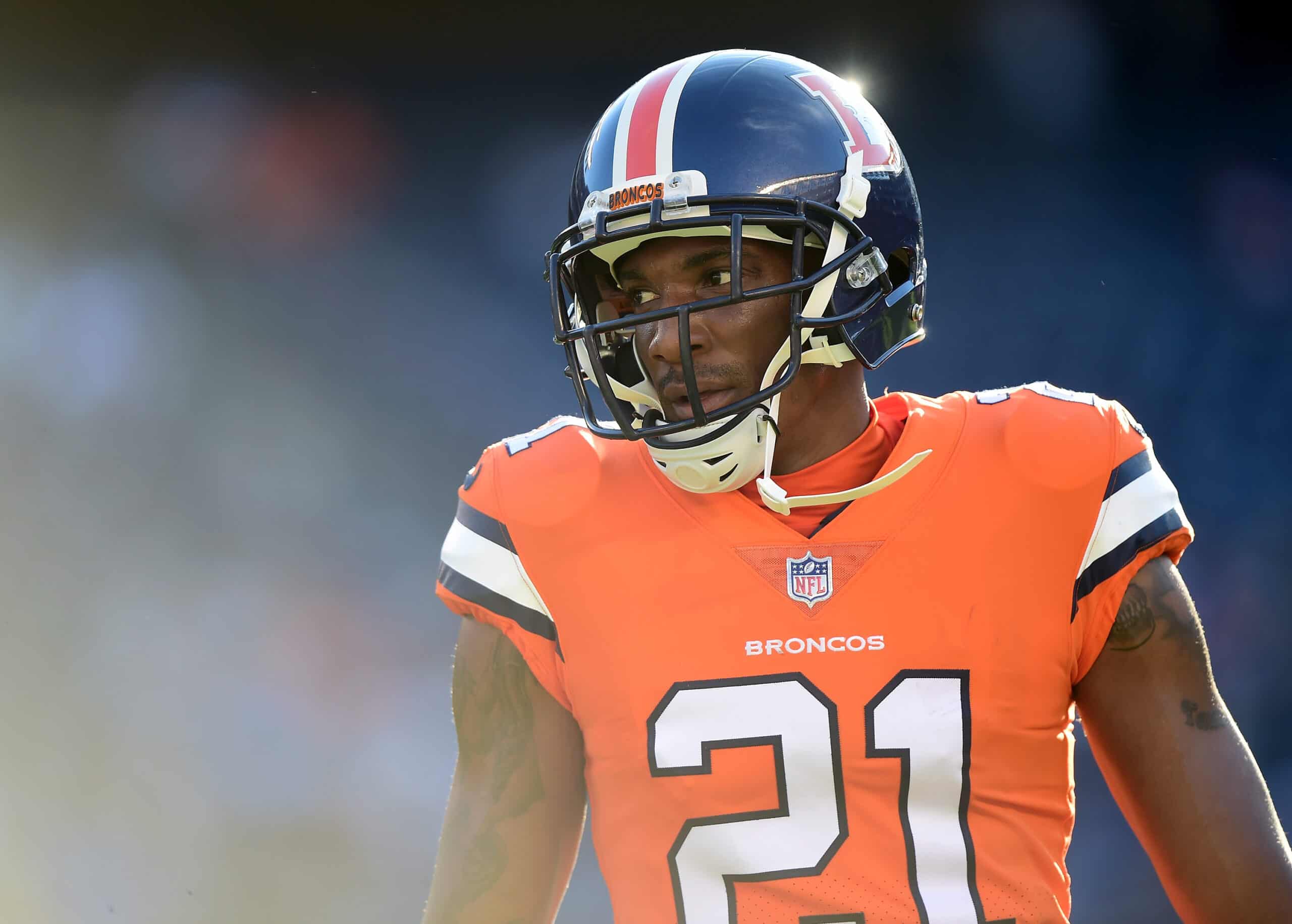 The Life And Career Of David Treadwell (Story)