Former Houston Texans tight end Bennie Joppru was the epitome of one’s pro football career ending before it even began.

Joppru sustained a series of groin injuries that sidelined him for the entirety of his first two seasons with the Texans from 2003 to 2004.

It seemed Joppru was ready to make up for lost time before he tore his ACL before his third year with the Texans. Consequently, he missed the entire 2005 NFL season.

Bennie Joppru never lived up to the hype. He played mostly on special teams for the Seattle Seahawks in his last three NFL seasons before playing his final down in 2008.

Had Bennie Joppru remained healthy, nobody knows for sure if he could have reached his full potential in the National Football League.

Benjamin Paul “Bennie” Joppru was born to parents Sheldon and Kay in Dickinson, ND on January 5, 1980.

Bennie and his two brothers, J.J. and Chris, grew up in Wayzata, MN. He played football, baseball, basketball, and hockey – arguably the most popular sport in Minnesota.

Young Bennie loved hockey so much that he spent as many as 10 hours playing with much older kids on a frozen pond daily.

Eight-year-old Bennie Joppru was an intense hockey goaltender as a child. He was so good high school kids regularly asked him to play with them as their netminder.

Joppru’s transformation into a hockey goaltender occurred by chance. When Bennie was six years old, he was a goal-scoring machine. He racked up nearly 100 goals at a local hockey tournament.

Incredibly, his own coach told him to play goaltender, so he couldn’t wreak havoc on the opposition anymore.

Football ran in Joppru’s bloodline – his father Sheldon suited up for the Shreveport Steamer and Detroit Wheels in the World Football League.

On the other hand, his brother J.J. was an Arizona Wildcats defensive lineman during his college days. His other brother, Chris, was a Utah Utes tight end.

When the Joppru brothers were kids – particularly J.J. and Bennie – they got on each other’s nerves a lot.

Bennie was a prankster who loved provoking J.J., who is older than him by three years.

“Bennie was more of the jokester and would take a poke at his more serious brother and run away from him,” their dad Sheldon told The Michigan Daily’s Joe Smith in the fall of 2002 – Bennie’s fifth year with the Michigan Wolverines. “Bennie couldn’t beat his older brother, but he was always good at cheap shots.”

One day, Sheldon couldn’t take their scraps anymore so he took matters into his own hands by buying Bennie and J.J. boxing gloves.

Sheldon Joppru told his boys to let their fists do the talking in their living room. Their mother, Kay, watched them nervously from a distance.

Bennie once got the better of J.J. in a baseball game that had each brother tossing the ball to the outfield while the other tried to catch it. Bennie threw the ball in the direction of a tree, which J.J. ran into. The former wasn’t so sure if he did it on purpose, per The Michigan Daily.

Although Bennie and J.J. fought incessantly, they eventually respected each other as the years went by.

“I was always his biggest fan, but his harshest critic,” J.J. Joppru told Smith in 2002.

Bennie told WMAM 570 Sports Radio in 2018 that he grew up following Michigan Wolverines football. He recalled there weren’t too many college football games on television in Minnesota back in the day.

However, the big-name stations always aired Wolverines’ games on national television. Before long, Joppru became a Michigan fan himself. He became fascinated with the Michigan Wolverines-Notre Dame Fighting Irish rivalry.

Joppru was a lightly-recruited prospect by the time his junior year kicked off. However, he became part of one of the most prestigious football programs in the country before he knew it.

College Days With The Michigan Wolverines

Bennie Joppru attended the University of Michigan from 1998 to 2002. He suited up for Michigan Wolverines head football coach Lloyd Carr.

In a 2018 interview with WMAM 570 Sports Radio, Joppru revealed that he wound up in Ann Arbor, MI because one of his high school referees, Rick Kruger, had connections with the Michigan football program, particularly Wolverines offensive line coach Terry Malone.

Before long, the Michigan coaches recruited him the summer before Joppru’s senior season in high school. Joppru hit it off with the coaches and knew he would be a great fit in Wolverines’ maize and blue.

Joppru liked Michigan so much that he even skipped his recruiting trip to Northwestern University in Evanston, IL.

Michigan’s fierce rival, the Notre Dame Fighting Irish, even dangled a football scholarship to Joppru, who politely declined the offer.

Bennie Joppru redshirted his true freshman season at Michigan in 1998.

Joppru quietly pulled for Henson at the time.

“Drew was one of my best friends on the team, so obviously I pulled for him,” Joppru told The Michigan Daily’s Stephen J. Nesbitt in the summer of 2012. “But at the end of the day, we just wanted to win football games.”

Joppru’s college football career didn’t gain much traction in the aftermath of the Brady-Henson quarterback battle. He had a combined 221 receiving yards and three touchdowns on 32 receptions in his first three seasons on the college gridiron from 1999 to 2001.

The Wolverines averaged nine games per season during those three years. They won two bowl games – the 1999 Orange Bowl and the 2000 Citrus Bowl – in Joppru’s first three years decked out in Michigan maize and blue.

It was the former game that stood out for Bennie Joppru. In fact, he told WMAM 570 Sports Radio some nineteen years later that it was the greatest game he was a part of in the collegiate ranks.

Joppru’s college football career got off the ground in his redshirt senior campaign in 2002.

First off, his teammates named him team captain in training camp. He had 579 receiving yards and five touchdowns on 53 receptions for the Wolverines in the 2002 NCAA season.

Unfortunately, Joppru’s only year as team captain got off to a tumultuous start. Ann Arbor, MI authorities arrested him after his brawl with Michigan wrestler Mike Kulczycki outside Rick’s American Cafe in the summer of 2002, per The Michigan Daily.

To this day, Joppru still has a hard time getting over seventh-ranked Michigan’s 25-23 loss to 20th-ranked Notre Dame on September 14, 2002.

Despite the heartbreaking loss to the Irish, the Wolverines still won ten of thirteen games in Joppru’s final season in Ann Arbor. Twelfth-ranked Michigan beat the 22nd-ranked Florida Gators in the 2002 Outback Bowl, 38-30. Joppru had a career-high 80 receiving yards in the victory.

During Joppru’s tenure with the Michigan Wolverines, he considered defensive tackle Norman Heuer’s scuffle with Michigan offensive lineman Maurice “Mo” Williams one of his fondest memories on the college gridiron.

Heuer and Williams got into a brawl at practice one day. Without warning, Heuer ripped Williams’ face mask off his helmet, per WMAM 570 Sports Radio.

Williams eventually played nine seasons for the NFL’s Jacksonville Jaguars from 2001 to 2009.

Joppru thought Michigan defensive back Marlin Jackson was one of the best athletes he ever played with. Jackson spent five of his six-year NFL career with the Indianapolis Colts from 2005 to 2009.

After his college days, Bennie Joppru went on to become one of the most controversial draft selections in Houston Texans franchise history in the next phase of his gridiron journey.

The Houston Texans made Bennie Joppru the 41st overall selection of the 2003 NFL Draft.

The Texans went 4-12 in their inaugural year in the National Football League in 2002. Houston general manager Charlie Casserly wanted to surround quarterback David Carr with more weapons the following year.

Johnson eventually spent twelve years of his fourteen-year pro football career with the Texans. He racked up 14,185 receiving yards and 70 touchdowns on 1,063 receptions for Houston from 2003 to 2014.

Joppru’s NFL career was a far cry from Johnson’s. In fact, it was literally over as soon as it began.

TBT my one NFL touchdown, in the preseason of course. My cankles are amazing pic.twitter.com/YyOYubNFAh

Joppru injured his groin in his first training camp and consequently had to undergo sports hernia surgery. He missed the entire 2003 NFL season.

Lightning struck twice the following season when Joppru sustained another groin injury and had to sit out the entire 2004 NFL campaign.

Texans fans had high hopes Joppru could make up for lost time in his third pro football season. Alas, he tore his anterior cruciate ligament (ACL) and didn’t play a single down in the 2005 NFL season.

After a series of injuries made Bennie Joppru watch helplessly from the sidelines from 2003 to 2005, it seemed he was finally ready to take the field and prove his worth in 2006.

Regrettably, the Texans released him after Week 5 of the 2006 NFL campaign. Joppru managed to suit up in just one game prior to his release.

Joppru then spent the next two months on the Chicago Bears’ practice squad. He received a second lease on life when the Seattle Seahawks signed him to a contract in November 2006.

Joppru suited up in 18 games as a member of the Seahawks’ special teams unit over the next two seasons. He had a total of seven combined tackles and five solo tackles from 2007 to 2008.

It turned out those were Bennie Joppru’s final stats in the National Football League.

Seattle averaged eight wins per season from 2006 to 2008. They never made it past the NFC Divisional Round during those three years.

Joppru took on several jobs after he retired from the National Football League following the 2008 NFL season.

Joppru began working as a national scout for the Chicago-based college placement company, NCSA, in 2011.

In that role, he helped recruit high school seniors for colleges and universities across the country. He told Rothstein it was a job he actually enjoyed.

As a national scout, Joppru has phone conversations with interested families that last between 45 to 60 minutes. They discuss the recruitment process and the prospect’s academic and athletic background.

Bringing my lucky mug out for the game today #goblue pic.twitter.com/5CInF5Drq2

By Joppru’s estimate, NCSA placed more than 90 percent of its student-athletes in various colleges and universities in 2011. They received an average of $18,000 in financial aid for their freshman year.

Joppru handled student-athlete accounts dealing with various sports. However, he felt most comfortable with football players.

Joppru’s younger brother Chris had been working for NCSA for six or seven months when the latter referred him to the job.

Bennie did his due diligence and did some research about the company. He discovered NCSA, which was founded in 2000, and earned an A+ rating from the Better Business Bureau.

Not only that, but Bennie also reached out to several coaches who previously collaborated with NCSA. After those coaches gave Bennie good feedback about the company, he sent in an application and got an interview.

Prior to Joppru’s stint at NCSA, he resided in Las Vegas, NV. He also worked for the Board of Trade in the Windy City for roughly one year.

According to Bennie Joppru’s LinkedIn profile, he has also worked as a trader following his retirement from the NFL. 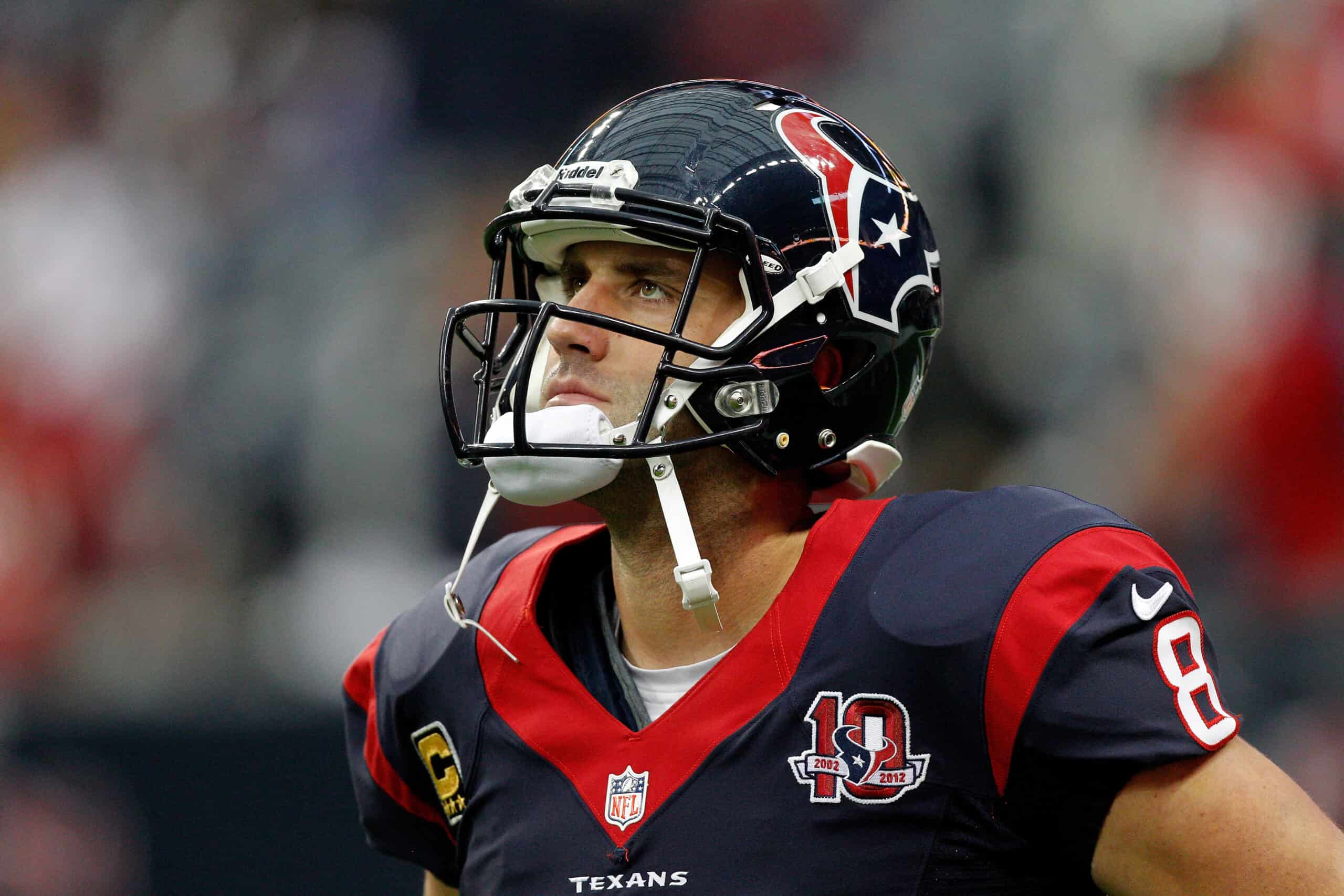 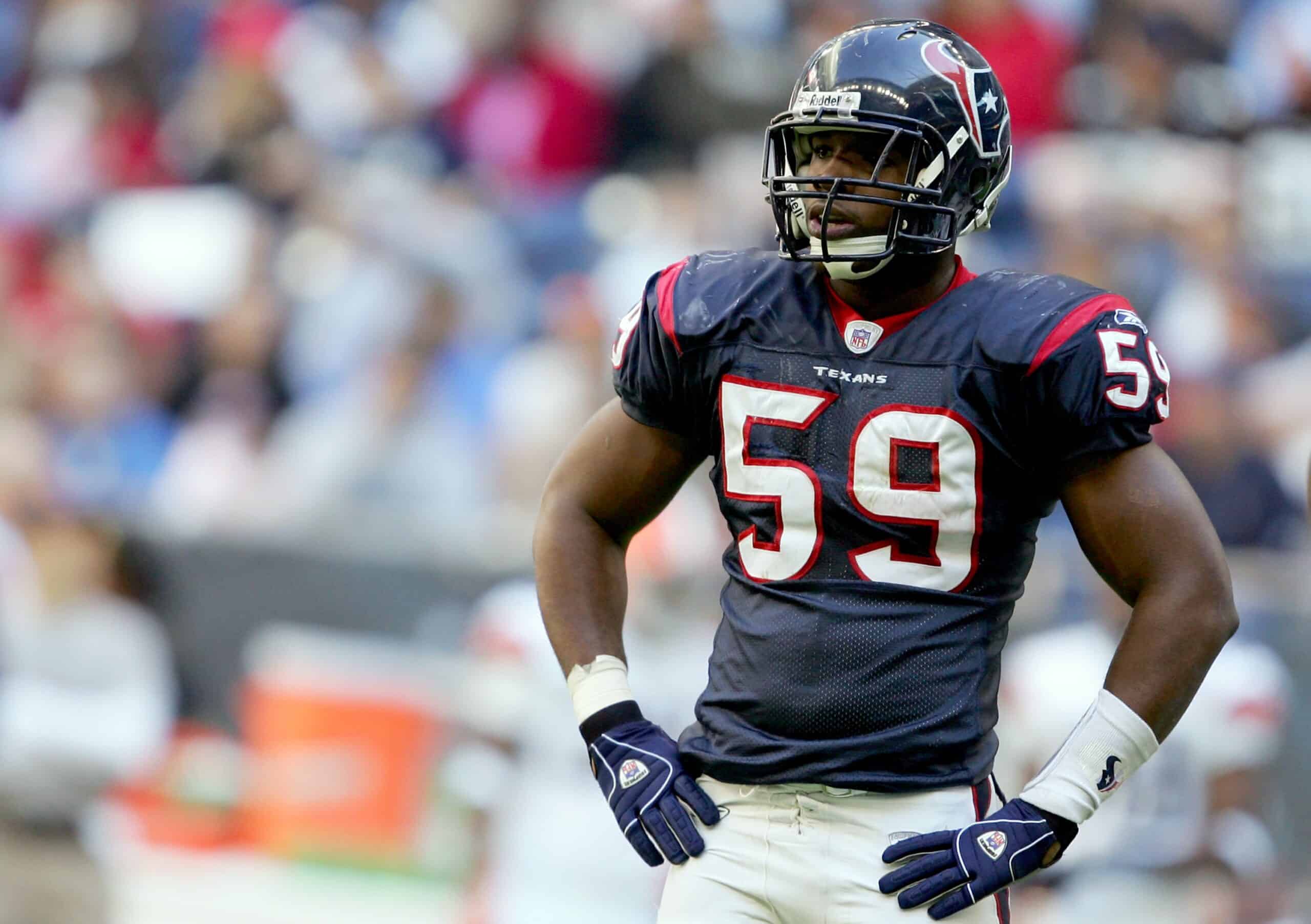 The Life And Career Of DeMeco Ryans (Story) 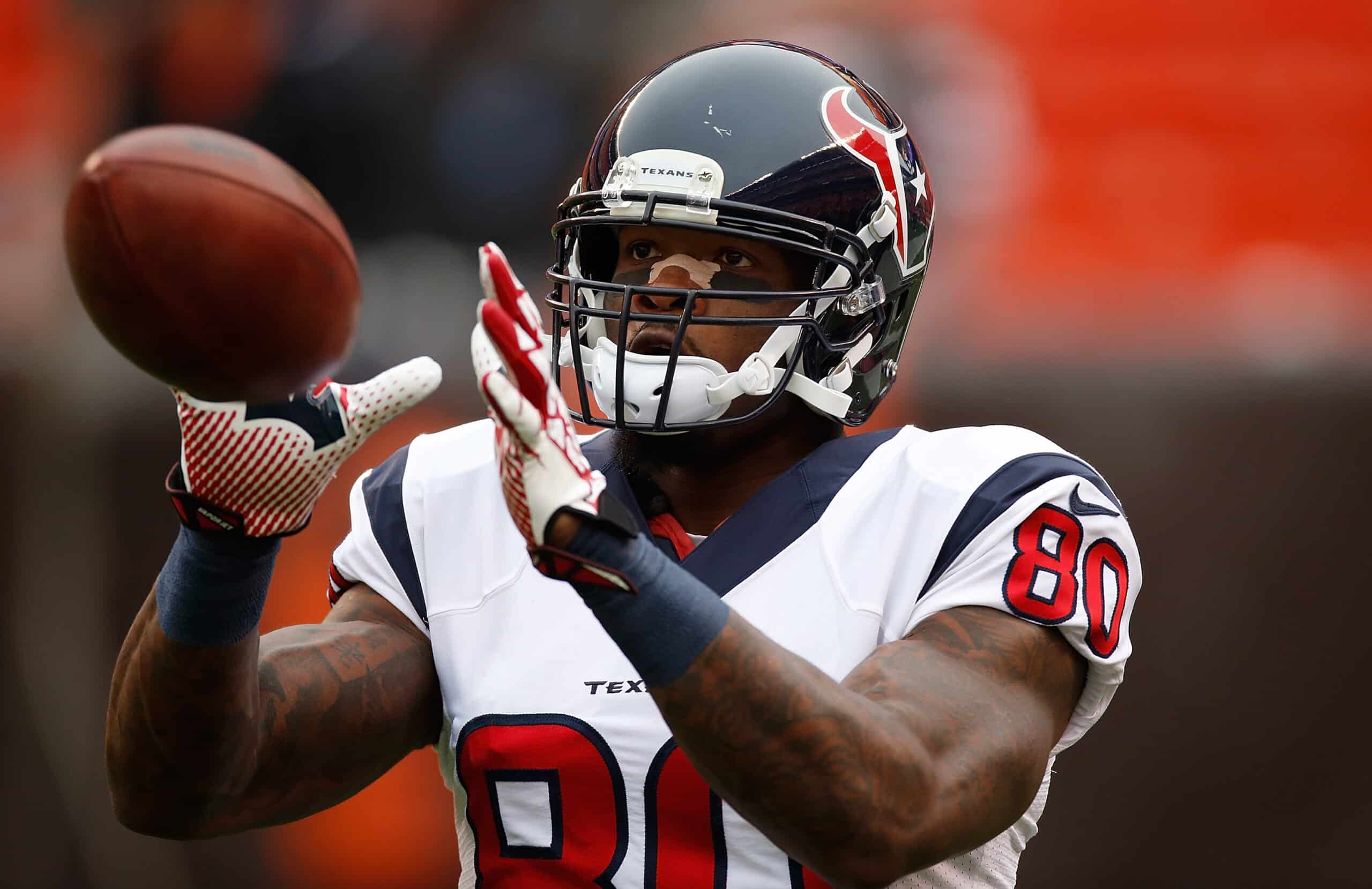 The Life And Career Of Andre Johnson (Complete Story)

The Life And Career Of Bennie Joppru (Story)