How does the best offensive line prospect in NFL history get labeled a bust before even playing in a game?

Tony Mandarich lived that reality after being selected No. 2 overall in the 1989 NFL Draft by the Green Bay Packers.

A temporary hold out and some harsh statements about the city he was drafted to started Mandarich off on the wrong foot.

When Packers’ defensive end Tim Harris called his teammate a bust in training camp, it wasn’t a premonition then.

Harris simply gawked at how easily he beat Mandarich in drills and didn’t understand the hype around him.

Three years later, Mandarich washed out of the league, headed to rehab for substance abuse, and slowly fought his way back toward a second chance in the NFL.

26 Years Ago Today: The hype for Tony Mandarich reached its height #Bust pic.twitter.com/a3TdbHRkLt

To make matters even worse, the four other picks in the Top 5 of the 1989 Draft are all NFL Hall of Famers: Aikman, Barry Sanders, Derrick Thomas, and Deion Sanders.

The incredible status of Mandarich’s bust out of the NFL could have ruined his post-football life, but he’s turned that negative into a positive image.

Even if it took nearly 20 years for the truth about Tony Mandarich to come out.

Canada to the Midwest

Before his senior year in high school, Ante Josip “Tony” Mandarich moved to Ohio with his brother, John.

John prepared to attend Kent State University and talked his parents into letting Tony move with him to get more football exposure.

His older brother’s plan worked as Tony received interest from a variety of schools, including Michigan State University.

Nick Saban, who was only a defensive backs coach at Michigan State, learned about Mandarich’s ability and recruited him to join the Spartans.

The young Canadian joined the Spartans and dominated throughout his college career.

He received the highest praise of almost any prospect heading to the NFL ever.

Including his college head coach George Perles claiming he could have played on the Pittsburgh Steelers Super Bowl teams he coached on in the 1970s.

“He may be the best offensive tackle ever,” Perles said to Sports Illustrated in 1989. “He’s certainly the best since the game changed the blocking rules. Before that, you had to play without your arms, and it didn’t matter how strong your bench press was. He’s faster than any offensive lineman in pro football. There’s probably nobody faster in the world at his weight. This is a different player. We’ll never have another.”

In 1988, Mandarich finished sixth in Heisman voting and was the consensus No. 2 pick behind Troy Aikman.

His workout routine was admired and discussed throughout the media and NFL heading into the NFL Draft.

Mandarich ate seven meals per day totaling close to 15,000 calories and worked out every morning and night.

A few key details were missing from the stories about Mandarich’s workout routine, diet, and performance drinks.

It wasn’t until 2008 that Mandarich admitted his use of steroids in college.

“I had tunnel vision,” Mandarich said to Sports Illustrated in 2009. “I wanted to be a new kind of offensive lineman, go first in the draft, make millions. [Rick Telander’s 1989 “Incredible Bulk] SI story did it. I saw 50 copies displayed across the top shelf at the airport—me and my steroid-fueled muscles.That fed my arrogance. I thought, You’re doing things right!”

Moving to a “Village”

The Green Bay Packers selected Mandarich second overall but the honeymoon of being drafted to the NFL ended quickly.

Mandarich referred to Green Bay as a “village” when they drafted him and held out for 45 days.

He signed a 4-year, $4.4 million contract after seeking close to $2 million per year.

In his introductory press conference after being drafted, Mandarich made claims that he wanted to be remembered like Vince Lombardi.

“I want to play here 10 years and I want to be all-pro for 10 years and be remembered as the best,” Mandarich said to the Milwaukee Journal Sentinel in 1989. “Obviously, everybody remembers Lombardi when they talk about Green Bay, and I want them to remember Mandarich, too.”

While Mandarich was talking up his expectations in himself by invoking the most iconic Green Bay Packer of all-time, his teammate Tim Harris quickly discounted his hype.

“I just remember going through him like a hot knife through butter, laughing at him,” Harris told ESPN about Mandarich. “I was thinking at the time, ‘Wow, what a big bust. We put a million dollars in this guy.’”

Harris didn’t have a reason why Mandarich wasn’t living up to the hype but the truth wasn’t too far under the surface.

Mandarich admitted in TV interviews and his autobiography years later that he stopped using steroids in the NFL.

He attributed quitting to his concerns that NFL’s testing policy was more complex than college.

Additionally, Mandarich lost the incentive to work out as hard because of his growing addiction to alcohol and painkillers.

“I got to the point where it was a struggle to work out three or four times a week because the priority of getting high was above the priority of working out,” Mandarich said in an “Inside the NFL” interview.

After struggling in his rookie season, Mandarich started every game in 1990 at right tackle for the Packers.

Without the metrics currently available, it’s hard to evaluate how much of an impact Mandarich had in Green Bay.

One thing was clear: he clearly wasn’t playing like the best offensive lineman ever.

This Day, 30 Years Ago: SI calls Tony Mandarich, drafted second by the Packers “the best OL prospect ever.” Two and a half years later, SI calls itself out. Picks 1, 3, 4 & 5 of his draft become Hall of Famers. pic.twitter.com/8Plo4nx8M8

After the 1991 season, the Green Bay Packers cut Mandarich and the touted “best prospect” became a bust.

He spent five years away from the NFL but returned for a final chance with the Indianapolis Colts in 1996.

During Mandarich’s time away from football, not much about his life was in the public view.

It wasn’t until years later that the truth about the reasons for Mandarich’s struggles in the NFL came to light.

Mandarich had been dealing with addiction for the entirety of his NFL career.

It was in draft preparation in California when a shot in the arm of the narcotic Stadol started Mandarich down a dangerous path.

At its peak, Mandarich had 10 doctors across four states around Wisconsin that he was conning into given him pain killers.

After being released by the Packers in 1991, he lost nearly 100 pounds as he continued using painkillers and alcohol regularly.

The low point for Mandarich came in 1993 when his brother, John, was near death while battling cancer.

Mandarich left his brother’s side to go acquire prescriptions across state lines.

When he returned, his brother John was dead.

“Painkillers were more important to me than holding my brother’s hand as he died,” Mandarich said to SI in 2009.

Finally, a friend urged him to seek help and check into rehab.

After getting clean in 1995, Mandarich started to work for another shot in the NFL.

When Mandarich joined the Colts in 1996, he kept most of his reasons for flaming out of the NFL quiet.

Articles referenced his flame out to a thyroid condition, postconcussion syndrome, and bacterial infection.

Rumors of steroid use persisted but Mandarich wasn’t ready to come clean.

Likely because he knew that admission would ruin a return to the NFL.

In his first season in Indy, Mandarich played six games as a backup filling in for an injury.

He impressed his coaches and earned a starting role heading into 1997.

After a full season starting for the Colts, Mandarich lived up to his new-found hype.

You gave us solid years in Indy 1996-1998 starting at Right Guard/Right Tackle.

He was a solid starter in the NFL.

The following season, Mandarich injured his shoulder and decided to retire from the game of football.

It wasn’t because the injury was career-ending, it was because he would need to use painkillers to rehab.

Ensuring that he avoided another trip into addiction, Mandarich hung up his cleats and retired.

The image of Tony Mandarich has slowly become clearer as time has passed.

He went from being the most impressive offensive line prospect ever to a draft bust in a few years.

After that, he disappeared for five years and dealt with the ambiguous “stuff” he needed to take care of.

In his return to the NFL, he provided 32 games of solid offensive line play for the Colts.

Tony Mandarich wants NFL to use his life as cautionary tale for rookies https://t.co/mWpuuTVRj3 #Packers pic.twitter.com/mqCuMgpxLj

None of that was an accurate picture.

He faded from the public spotlight for about 10 years after his retirement.

In that time, he moved back to Canada, owned a golf course, and got remarried.

He became an NFL analyst for the Canadian sports network, The Score TV in 2004 but quit a year later.

Once he moved back to the U.S., he was ready to come clean.

In 2008, as he was doing press for his upcoming autobiography “My Dirty Little Secret – Steroids, Alcohol, & God”, he was finally ready to talk.

Since then, Mandarich has opened up to the media about his entire timeline of transgressions.

He talked about cheating on a steroid test before the 1988 Rose Bowl, driving 10 hours to acquire painkillers, and how he got clean.

It took nearly 20 years but Mandarich had finally exalted his demons publicly.

Getting Behind the Spotlight

The bright lights clearly became too much for Mandarich when he was a 20-year-old coming out of college and into the NFL.

He came back into those lights to put it all to rest with his admissions of steroids and painkillers in 2008.

Then, he moved behind those lights and started his life again.

In the 1990s, Mandarich became an amateur photographer and made it his profession after retiring from football.

“I asked myself, if I could do anything, what would it be? It was photography,” Mandarich said to USA Today in 2014. “I was what I would consider a very serious hobbyist for seven or eight years. Then in about 2003-04, I decided this was my passion, that I was going to make a living doing this.

He currently runs the Mandarich Media Group, which handles photography, web design, marketing, and a variety of other media aspects.

Mandarich’s life didn’t end up where he thought it would when he was touted as the “best offensive line prospect ever” in 1989.

Being labeled the biggest bust in NFL history in 1991 nearly derailed his life.

Nobody would wish what Mandarich went through on their worst enemy, but he wouldn’t change any of it.

“I wouldn’t change a thing,” Mandarich said to USA Today in 2014. “I put myself through so much pain that it really forced me to grow up and look at myself. The growth I got from that and the level of comfort I have from that in my own skin was worth all that whiskey and worth all those drugs. It was worth it all. Now I have something to compare it to” 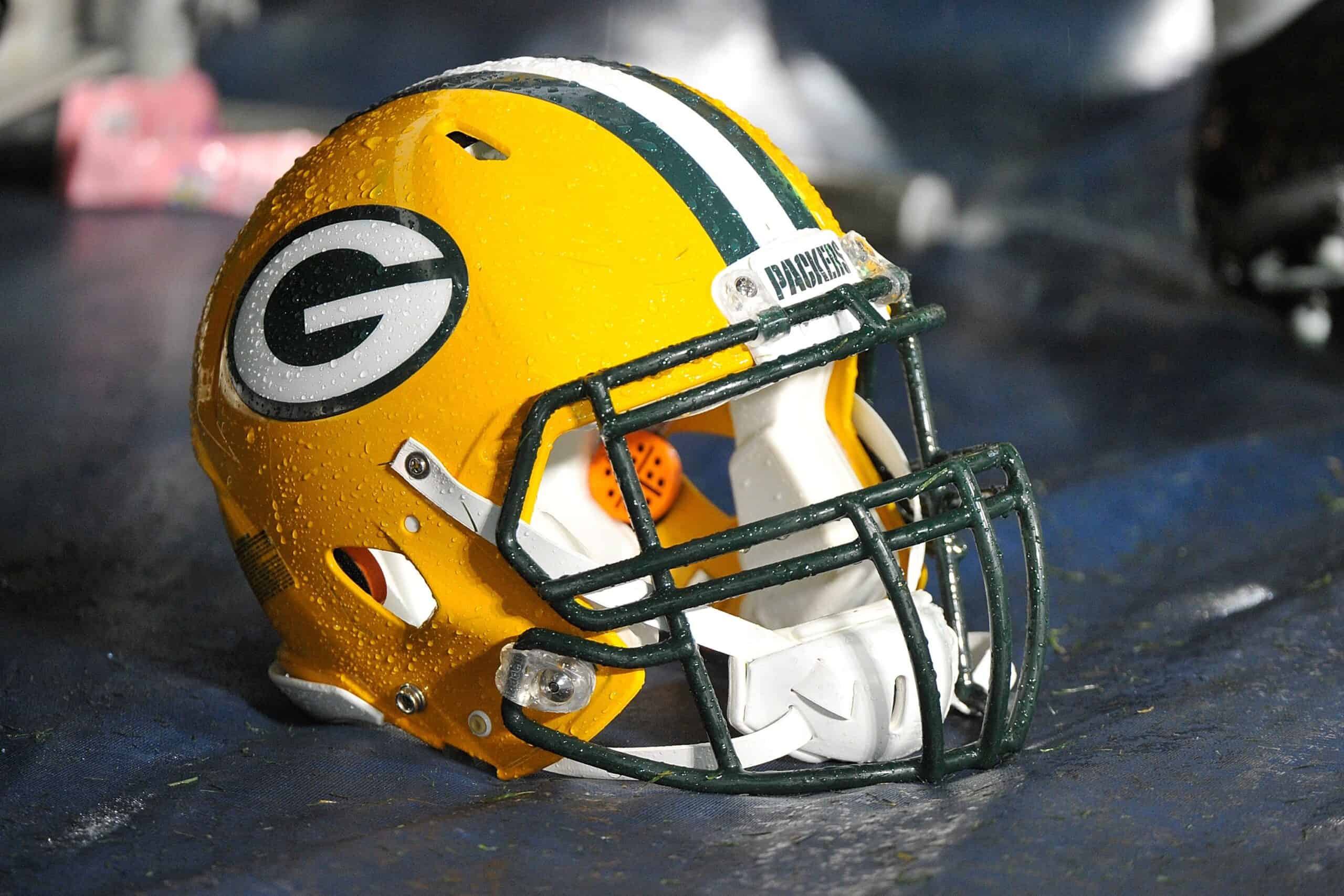 The Life And Career Of Paul Hornung (Story) 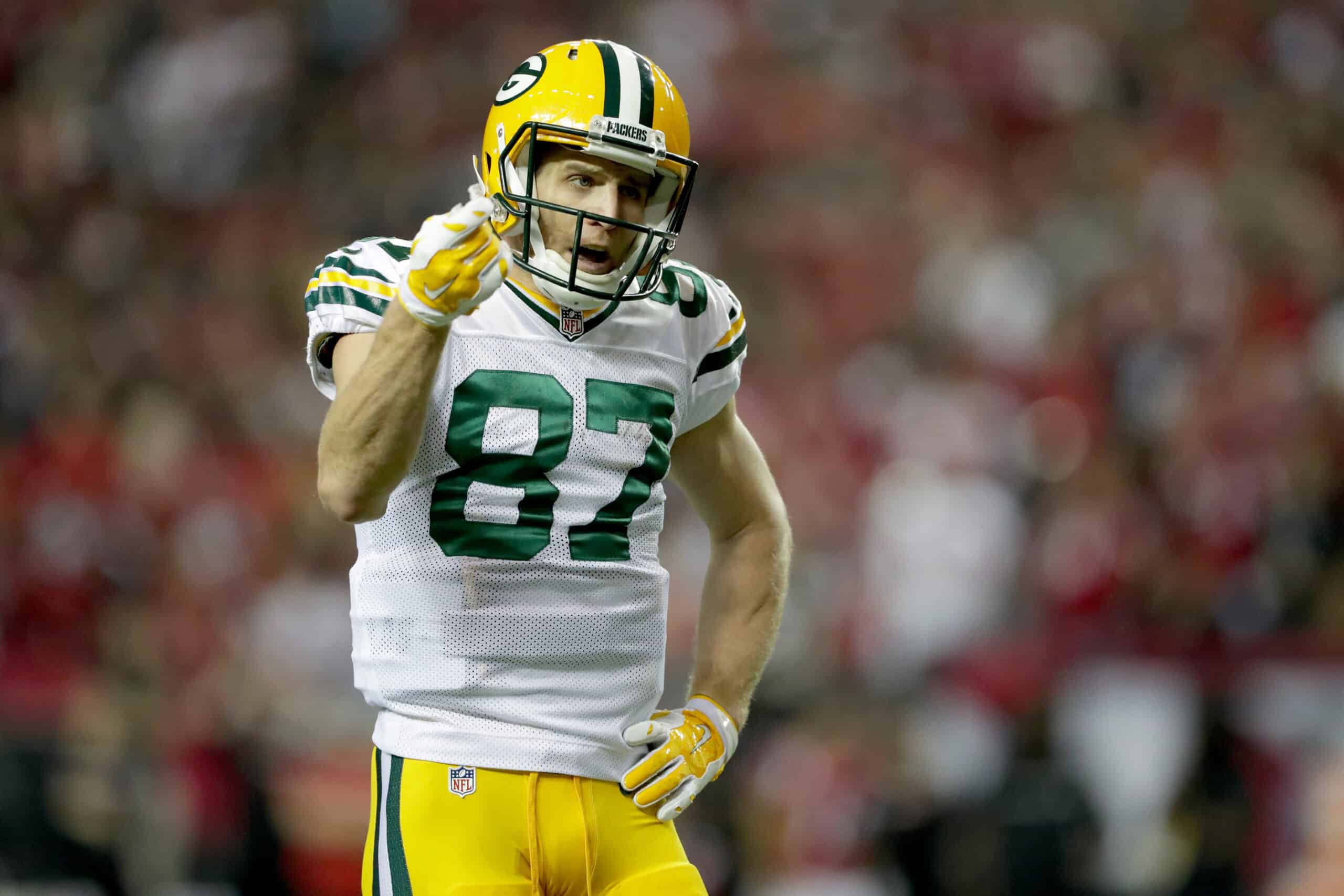 What Happened To Jordy Nelson? (Story)

The Life And Career Of Bobby Dillon (Story)