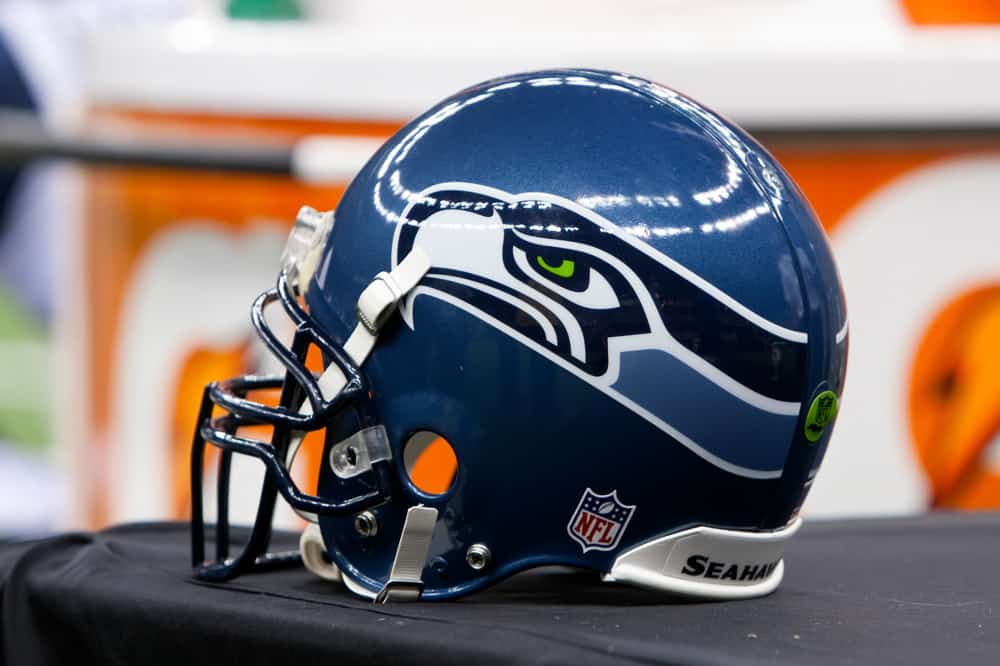 From NFC Defensive Rookie of the Year to an early exit from the league after playing for just four seasons, Steve Niehaus’s NFL career burned bright in the beginning but quickly fizzled.

So what happened to the once star defensive end who is now considered one of the Seattle Seahawks‘ worst draft selections of all time?

Unfortunately, injuries are largely to blame for Niehaus’s short-lived time in the NFL.

Due to his large frame and impressive athletic ability, Niehaus was able to dominate on the defensive line throughout his high school career.

He was a terror to opposing quarterbacks and a powerful run stopper as well.

For his final two years as a high school starter, Niehaus was given the honor of being named a prep All-American.

Thanks to his breakout performance as a college athlete, Niehaus garnered the attention of numerous college programs.

Ultimately, he would decide to choose another Catholic school and would accept a scholarship to play football for the University of Notre Dame.

A National Champion and an All-American

After arriving at Notre Dame, it did not take long for Niehaus to continue racking up impressive accomplishments.

In his sophomore season, Niehaus was a key contributor on the 1973 Notre Dame Fighting Irish team that went on to be named the AP National Champions.

Following his senior season in 1975, Niehaus was named to the consensus All-American team.

He also finished second in Outland Trophy voting this year, losing out to Leroy Selmon for the award of the nation’s best lineman.

After suffering knee injuries his freshman and sophomore season at Notre Dame that both required surgery to correct, Niehaus was given Notre Dame’s Hering Award as the Comeback Player of the Year.

This award was given to him due to the fact that he was able to return to the field so quickly after two major setbacks in his first two years as a college player.

After starting all four seasons for the Notre Dame Fighting Irish, Niehaus decided to enter his name in the 1976 NFL Draft.

One of the agreements made during the 1970 AFL-NFL merger was an agreement to expand the league from 26 to 28 teams.

In 1972, a group of business owners and community leaders in Seattle, WA began making plans to bring an NFL franchise to the city.

About two years later, this group accomplished its goals and was awarded an expansion franchise.

In 1975, John Thompson was hired as the unnamed team’s first general manager.

A few months later, a public naming contest was used to choose “Seahawks” for the name of the city’s brand new professional team.

This marked the birth of the Seattle Seahawks franchise.

At the same time that the Seattle Seahawks were added to the league, the Tampa Bay Buccaneers were added as well.

An expansion draft was held where the Seahawks and Buccaneers alternated picking from unprotected players on other teams for a total of 39 rounds.

After this expansion draft was complete, the Seattle Seahawks were awarded the second overall pick in the 1976 NFL draft.

This brings us back to Steve Niehaus – the player who would go on to become the first selection that the Seattle Seahawks ever made in an NFL draft.

With only two seconds remaining in their fifteen minutes of allotted time, Seattle finally decided to choose Niehaus over University of California running back Chuck Muncie.

According to head coach Jack Patera, this decision came after Seattle had spent a majority of their allotted time discussing possible trades.

#OTD in 1976: With our FIRST EVER draft pick, we selected DL Steve Niehaus.

As the second overall selection and first selection made by a brand new franchise, expectations for Niehaus were understandably high.

And in his first year playing for Seattle, Niehaus lived up to those expectations.

After recording 9.5 sacks his rookie season in 1976, Niehaus was named as the NFC Defensive Rookie of the Year.

To this day, Niehaus holds the Seattle Seahawks record for the most sacks recorded by a rookie player in a single season.

After this breakout 1976 season, however, Steve Niehaus was forced to undergo another surgery – this time to repair a nagging shoulder injury.

Following this surgery, Niehaus was never again the same dominant defensive player that the Seahawks had drafted.

In an interview with the Los Angeles Times, Niehaus discussed the effects of his shoulder injury, saying:

“In practice, I would get hit, drop and start shaking. Guys would look the other way while the trainer would hold me on the ground until I stopped. But I had to play. They didn’t give me a choice and I didn’t know any better.”

Niehaus would play in only eight games in the 1977 season.

He made somewhat of a recovery in the 1978 season and was able to play in all fourteen of Seattle’s games.

However, the issues he suffered with his shoulder persisted and greatly hampered his production.

His playing time dwindled, and in 1979 Niehaus was traded to the Minnesota Vikings for only an eighth round pick.

He would play in only three games as a Viking before making his exit from the league just four seasons after being selected as the number two overall pick.

“To tell you the truth, when I quit, I was relieved,” Niehaus told the Los Angeles Times. “The pressure was off. To have to put up with all that stuff for three years, just trying to hold on.”

Where is Steve Niehaus Today?

When Niehaus was selected by the Seattle Seahawks in 1976, it seemed as if the sky was the limit for his career.

Just a few short years later, though, shoulder issues brought that career to an end, and Niehaus found himself out of a job.

Having joined the NFL before completing his education at Notre Dame, Niehaus decided to return to college and earn his degree.

He was able to complete the degree he started during his initial time at Notre Dame, but still struggled to find a job that he enjoyed.

“I wanted to get into sporting goods,” Niehaus told the Los Angeles Times. “I applied everywhere for jobs. I offered to work the floor, selling shoes. What does it take to sell stuff on the floor? It didn’t matter. Nobody wanted me. I was depressed, and finally realized there’s a lot of guys with degrees out there. I realized football had just taken five years out of my life, and I was that far behind everyone. I wasn’t worth a chance.”

Niehaus finally took a job selling cars at a dealership in Los Angeles.

When the dealership closed, Niehaus took a job working in construction for a while.

Today, Niehaus drives a truck for 7-Up delivering cases of soft drinks.

It is a job that he has held for the past four and a half years.

“I’m embarrassed sometimes, when people ask how come I drive a truck,” Niehaus said in his Los Angeles Times interview. “People still say, ‘He used to play for the Seahawks,’ and I have that.”

If not hampered by injury, Steve Niehaus could have very easily gone on to become a standout player in the NFL and a player who was able to enjoy a very long and lucrative career.

His massive frame and incredible strength made him an instant starter his rookie season, and the fact that he still holds the Seahawks records for most single-season sacks by a rookie is a testament to just how impressive Steve Niehaus’s abilities could be when he was healthy.

Unfortunately, Niehaus’s lingering issues with his shoulder kept us from ever seeing how impactful he might have been.

The Life And Career Of Jim Zorn (Story)

The Life And Long Career Of Dave Krieg (Story)

The Life And Career Of Cortez Kennedy (Story)

The Life And Career Of Dan McGwire (Story)

The Life And Career Of Kelly Stouffer (Complete Story)

The Life And Career Of Steve Largent (Complete Story)

The Life And Career Of Shaun Alexander (Complete Story)

The Life And Career Of Joey Galloway (Complete Story)