According to the most recent estimates, roughly 60% of the players in the NFL are African American.

This percentage varies from year-to-year, but has grown steadily in the past few decades.

So, it’s hard to believe that the NFL once carried exactly zero black players on its rosters.

From 1934-1945, the league’s owners informally prohibited black players from joining their ranks.

Thankfully, the LA Rams broke with this form of segregation and added Kenny Washington and Woody Strode to their organization in 1946.

This is their story.

The future for both Washington and Strode began in the same place they would become immortalized.

Strode’s family were a mix of black and Cherokee who had previously hailed from New Orleans.

He attended LA’s Thomas Jefferson High School where he shined as a football and track star.

Kenneth Washington was born on August 31, 1918 in Los Angeles.

His father, Edgar, had been a Negro Leagues baseball player and was the first black lieutenant in the Los Angeles Police Department.

Being talented in sports didn’t necessarily mean much for young black athletes at the time.

Most large colleges in America did not permit black men to play sports at their school, especially in the segregated South.

However, UCLA was interested in bringing in the best athletes to raise the profile of their sports programs.

Strode arrived on campus and quickly became a dominant track and field and gridiron star.

As a decathlete, he set world records in the shot put and high jump.

Washington was amazing on the football field.

Kenny Washington, the 1st African American in the @NFL (1946), was a teammate of Jackie Robinson (right) on the @UCLA football & baseball teams. A year later, Robinson broke the color barrier in @mlb! They’ll be part of our new BARRIER BREAKERS traveling exhibit debuting 4/15! RT pic.twitter.com/Rz41txOejb

During his career as a Bruin, he rushed for 1,914 yards, which stood as a program record for 34 years.

In 1939, the duo was joined by Robinson, a fellow Angeleno.

Robinson had transferred from Pasadena Junior College and soon all three would be household names.

Along with Ray Bartlett, another black player, the four became known as the “Gold Dust Gang” as they tore through opponents throughout the 1939 season.

As a tailback/quarterback, Washington found Robinson often and would pass for over 1,300 yards in his career.

By the end of the ‘39 season, the Bruins were 6-0-4 and played nearby USC for the national title.

Washington and Robinson would also star for the UCLA baseball team.

Robinson’s skills on the diamond and gridiron received a healthy dose of respect (and envy) from Washington.

“Next to me, Jackie [Robinson] was the best competitor I ever saw,” Washington was quoted as saying in the Los Angeles Sentinel. “But when he became a baseball star it kind of shook me. I outhit him by at least two hundred points at UCLA.”

As they wrapped their college careers, Washington and Strode looked to have bright futures.

Washington was awarded the Douglas Fairbanks Trophy as the nation’s best college player.

Typically, such an award would portend professional riches and fame.

Unfortunately for Strode and Washington, that fame would not arrive until years later.

The Hollywood Bears and Other Ventures

By the time Washington and Strode left UCLA, their professional playing options were limited.

The NFL owners had decided years earlier not to allow black players on their teams.

Washington played in the College All-Star Game in 1940 and scored a touchdown against the NFL champion Packers.

Although the Chicago Bears’ George Halas wanted to sign Washington after the game, he was dissuaded by fellow NFL owners from doing so.

For the next few years, both Washington and Strode would fill their time in various occupations.

Strode served in the military during WWII and played football for the Army in Riverside, California.

He also found work as a professional wrestler and served subpoenas and escorted prisoners for the LA County District Attorney’s Office.

Meanwhile, Washington coached football at UCLA and joined the LAPD.

For six years, he played for the Pacific Coast Professional Football League’s Hollywood Bears where he was the league’s highest paid player.

To honor trailblazer Kenny Washington (1918-1971) there is an annual memorial football game at Abraham Lincoln HS ( @lincolntigers ). KW played in @NFL for Hollywood Bears & @RamsNFL 1940-49. After football he was a #policeofficer w @LAPDHQ until his death. pic.twitter.com/m9CZ3vu40I

Washington’s affiliation with the Bears ended up keeping him from military service.

During his first season, he sustained a knee injury which kept him from being added to the war effort.

Strode joined Washington for a time on the Bears as did Ezzrett “Sugarfoot” Anderson, another black player.

The Rams Move to LA, Opening a Door for Black Players

As WWII came to a close, Cleveland Rams owner Dan Reeves decided to move his franchise to Los Angeles.

Reeves planned to have the Rams play in the LA Coliseum upon their arrival from Cleveland.

However, the city had enacted an anti-discrimination ordinance.

Both black and white residents had paid money toward construction of the facility.

Therefore, the public demanded that the Rams integrate or risk playing elsewhere.

Thinking quickly, Reeves reached out to a nearby star who was known throughout the LA basin.

On March 21, 1946, the Rams signed Washington, signaling the first black athlete to grace an NFL roster since 1933.

In March of 1946, Kenny signed a contract with the recently-relocated Los Angeles #Rams to become the first Black player signed by an NFL team during reintegration, following a 12-year segregation period.

One of the NFL's great trailblazers. pic.twitter.com/WgO8rJjXuq

Not long after, Strode signed with the Rams on May 7.

The signings made national headlines and did not sit well with other NFL owners.

However, the newly formed Cleveland Browns of the All-American Football Conference would sign Marion Motley and Bill Willis by the end of the summer.

The addition of all four men signaled to pro football that segregation in the game was coming to an end.

The signings of Washington and Strode were highly popular in LA even though both men were nearing the mortality of their playing careers.

At that point, Washington was about to undergo his third knee operation.

During games, opponents would make a point of diving at his knees in attempts to take Washington out of games.

“When he first began to play, they’d tee off on him,” Snyder was quoted as saying in the Chicago Sun-Times. “They’d drop knees on him.”

It was during their time with the Rams that Washington and Strode truly began to learn about the severe racism across the country.

“On the Pacific Coast there wasn’t anything we couldn’t do. As we got out of the L.A. area we found these racial tensions. Hell, we thought we were white,” Strode said years later.

Even though they had broken the NFL’s color barrier, Strode and Washington found mixed results as NFL pros.

Strode would end up playing only one season for the Rams.

His stats in 1946 would include four receptions for 37 yards, zero scores and a 9.3 yards per reception average.

That same year, Washington had a career long 92 yard run from scrimmage (still a franchise record)

During his short career with LA, Washington rushed for a total of 859 rushing yards, eight touchdowns, 15 receptions, 227 reception yards (15.1 yards per catch average) and one catch for a touchdown.

After his final game as a pro, the crowd of 80,000 people gave Washington a standing ovation.

With their Rams playing careers at an end, Washington and Strode led interesting lives.

Washington worked for a while as a scout for the LA Dodgers.

He also worked in public relations for a whisky distillery.

In 1956, Washington was inducted into the National Football Foundation Hall of Fame.

Strode left LA and played football briefly in Canada where he would win the Grey Cup with the Calgary Stampeders.

He was also a two-time CFL Western All-Star with Calgary.

Strode then returned to work as a professional wrestler.

Beginning in 1951, Strode began a prolific movie and television career.

After starting with various roles in movies such as Bride of the Gorilla, Dangerous Assignment and City Beneath the Sea, Strode began being cast in larger roles.

In 1956, he appeared in The Ten Commandments followed by Spartacus in 1960.

As the title character in the movie Sergeant Rutledge, Strode put on a masterful performance for director John Ford.

“That was a classic,” he later said. “It had dignity. John Ford put classic words in my mouth… You never seen a Negro come off a mountain like John Wayne before. I had the greatest Glory Hallelujah ride across the Pecos River that any black man ever had on the screen. And I did it myself. I carried the whole black race across that river.”

Strode continued to appear in movies and television shows throughout the 1960s, 70s, 80s and 90s.

He could be found in roles on The Dukes of Hazzard, The Black Stallion Returns and The Cotton Club.

As the 1990s dawned, Strode was hired by director Mario Van Peebles for the movie Posse.

His final film credit was in The Quick and the Dead which included such Hollywood heavyweights as Sharon Stone, Gene Hackman, Leonardo DiCaprio and Russell Crowe.

In a later tribute to Strode, the ‘Sheriff Woody’ character in the Toy Story movies was named after him.

Kenny Washington passed away on June 24, 1971 in Los Angeles due to heart and lung issues.  He was only 52.

Woody Strode passed away on December 31, 1994 from lung cancer in Glendora, California.  He was 80 years old.

Both men carry a legacy that has been passed down for decades to the African American players that came after.

Motley and Willis had more fame than Washington and Strode due to their longer careers.  However, it was the latter duo that kicked open the doors of the segregated NFL and kept those doors open permanently.

Branch Rickey, the former President and General Manager of the Brooklyn Dodgers, saw the inclusion of Washington and Strode in professional sports as a positive.

A year after they signed with the Rams, Rickey signed their former UCLA teammate, Robinson.  That move officially marked the end of segregation in Major League Baseball.

Regardless of their lack of notoriety, Washington and Strode are remembered for their dedication and acceptance as standard bearers to future athletes of color. 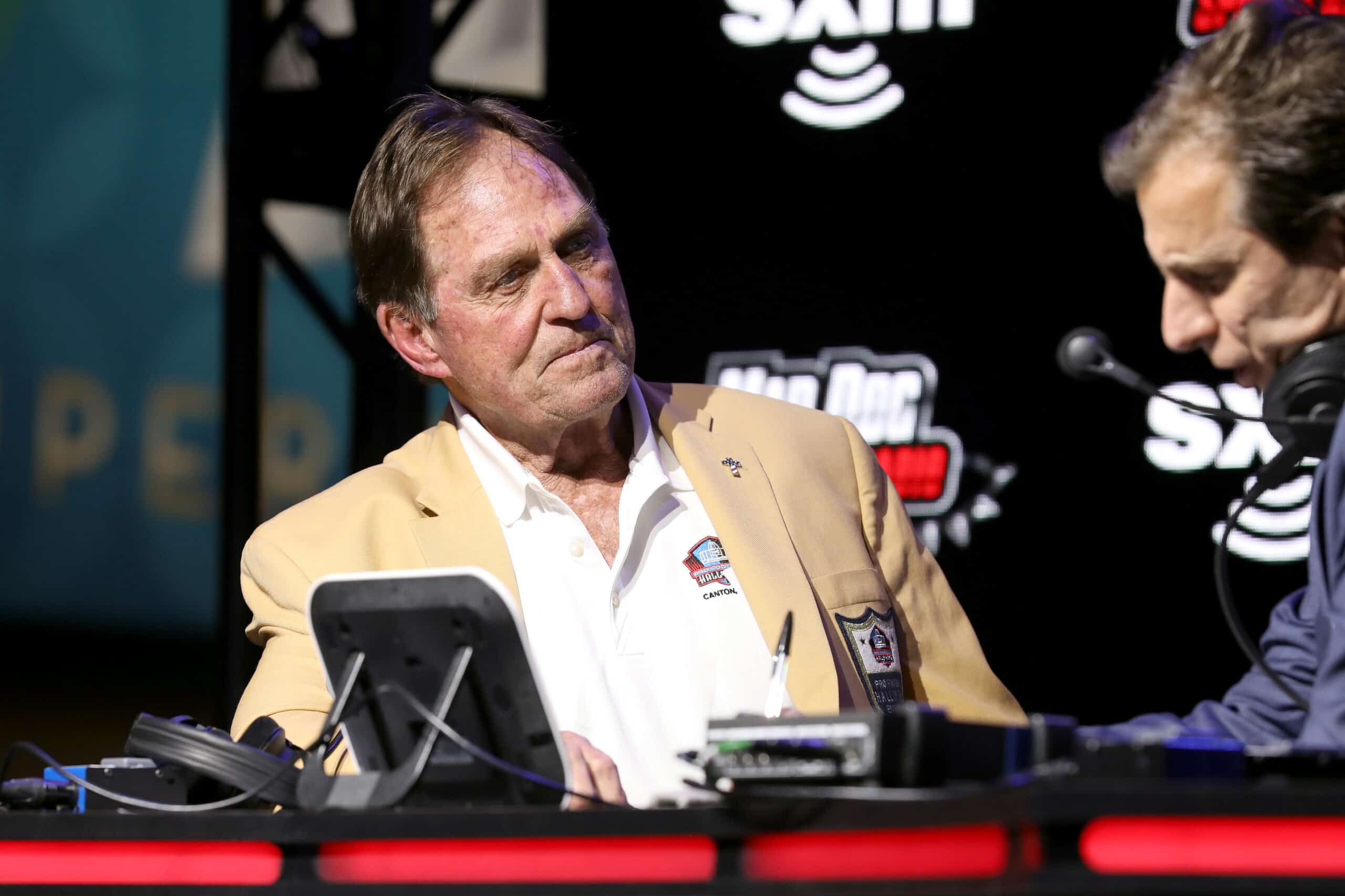 The Life And Career Of Jack Youngblood (Complete Story) 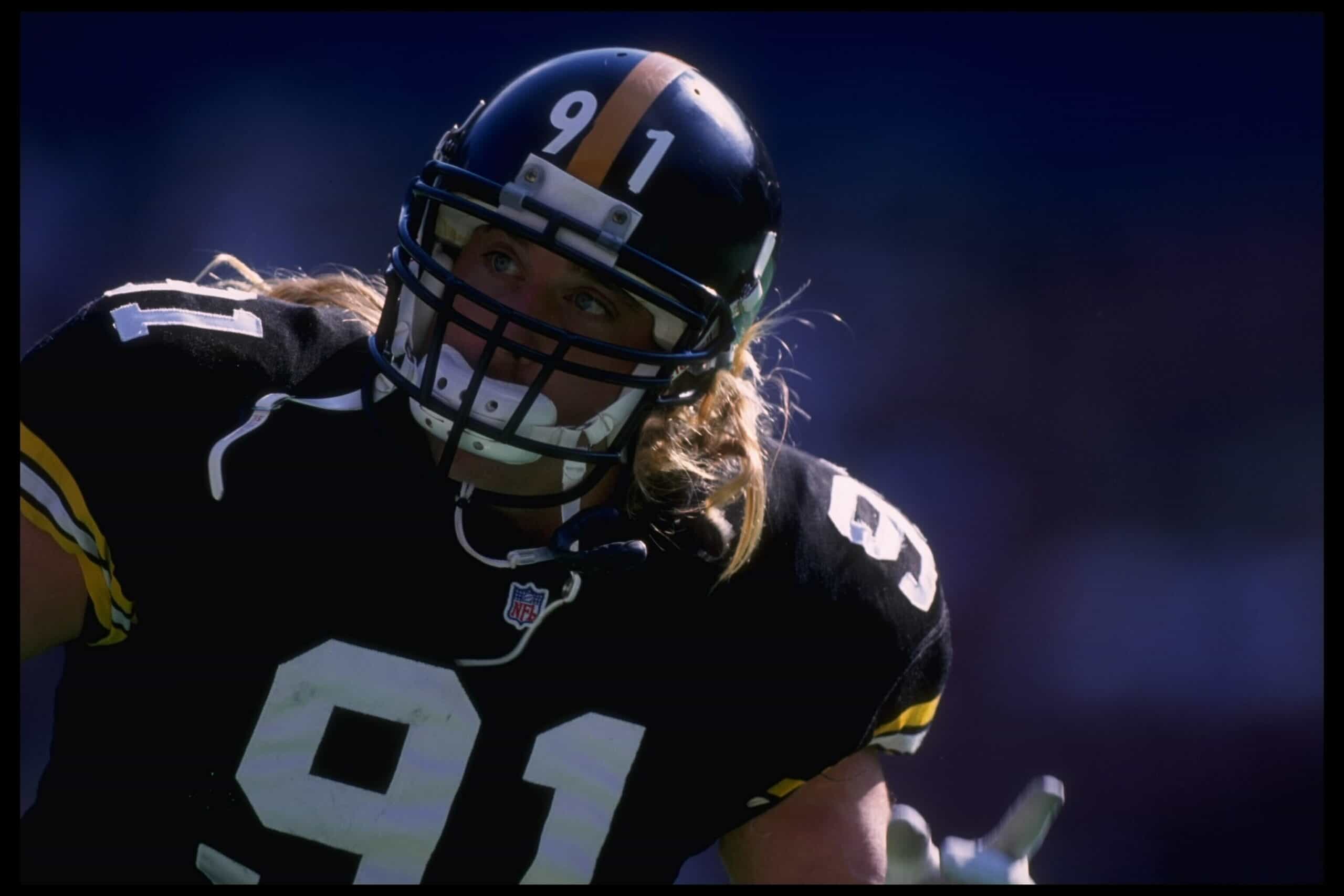 The Life And Career Of Kevin Greene (Complete Story) 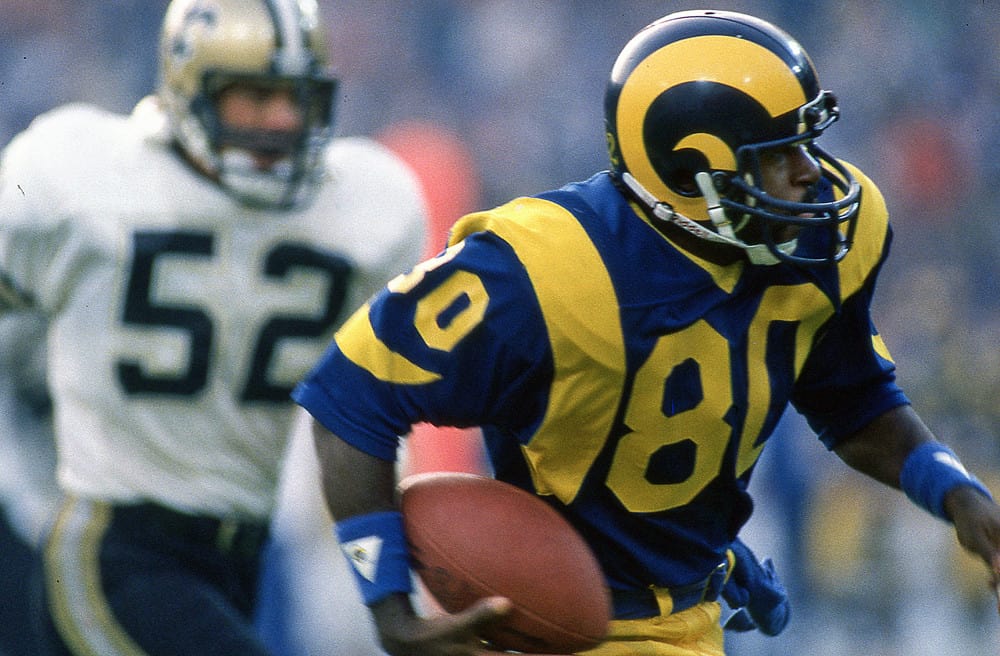 The Life And Career Of Henry Ellard (Complete Story)