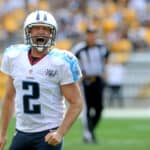 Former Tennessee Titans placekicker Rob Bironas overcame insurmountable odds before making an indelible mark on the franchise. Bironas played for several NFL, AF2, and Arena Football League teams during a nomadic two-year stretch from 2002 to 2004. Things did not look rosy for Bironas, who even worked a day job at a Best Buy in New York in the early … END_OF_DOCUMENT_TOKEN_TO_BE_REPLACED 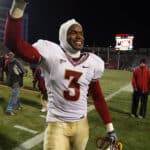 Dr. Myron L. Rolle is the perfect example of a former football player who has pursued a higher calling years after playing his final down on the gridiron. Before Rolle committed to the Florida State Seminoles in college, his life goals were to become a Rhodes scholar, NFL player, and pediatric neurosurgeon. Rolle has ticked two of those three boxes so far. By … END_OF_DOCUMENT_TOKEN_TO_BE_REPLACED 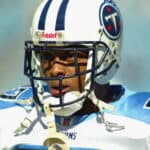 During an era in which National Football League teams often elected to run the ball more than they passed the ball, Eddie George established himself as one of the league's best running backs. His height, size and strength made him a formidable opponent for the front sevens of opposing teams during his nine seasons in the league. Back in the day, he … END_OF_DOCUMENT_TOKEN_TO_BE_REPLACED 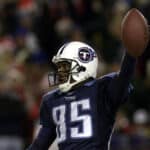 Many National Football League stars burst into the scene and blossom right away. They force us to take notice quickly and to acknowledge their greatness as we appreciate their obvious talent and skill. But there are also some who take a while to grow into their best selves. Such men are no less worthy of adulation than those who are early bloomers. Derrick Mason … END_OF_DOCUMENT_TOKEN_TO_BE_REPLACED 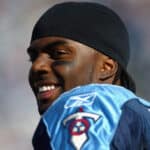 One can sum up Kevin Dyson's career as Tennessee Titans wide receiver in a few words: "Music City Miracle" and "The Tackle." Dyson's improbable, game-winning 75-yard touchdown- his first as an NFL player - against the Buffalo Bills in the 1999 Wild Card Game was the stuff of legends. On the other hand, Dyson getting tackled mere inches short of scoring a … END_OF_DOCUMENT_TOKEN_TO_BE_REPLACED

What Happened To Rob Bironas? (Story)