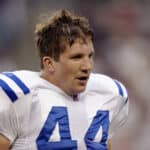 Dallas Clark was one of the best tight ends in Indianapolis Colts franchise history. All Clark did was eclipse John Mackey's team records for tight ends during his memorable nine-year career with the Horseshoe from 2003 to 2011. When Clark retired in 2014, he had 5,665 receiving yards and 53 touchdowns on 505 receptions. Not bad for a former Iowa Hawkeyes … END_OF_DOCUMENT_TOKEN_TO_BE_REPLACED 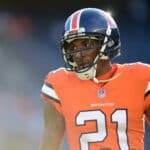 Although Aqib Talib stirred plenty of controversy during his time in the National Football League from 2008 to 2019, he also earned a league-wide reputation as one of the best shutdown cornerbacks in the game. After spending five forgettable seasons with the Tampa Bay Buccaneers, Talib turned things around when he joined the New England Patriots in the fall of … END_OF_DOCUMENT_TOKEN_TO_BE_REPLACED 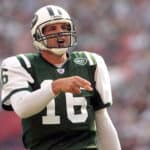 Vinny Testaverde set the bar high in terms of longevity at the quarterback position in the National Football League. By the time Testaverde finished his 21st season in the NFL in 2007, he was already 44 years old. Testaverde was a former Heisman Trophy-winning quarterback with the Miami Hurricanes who racked up 46,233 yards and 275 touchdowns in the air with … END_OF_DOCUMENT_TOKEN_TO_BE_REPLACED 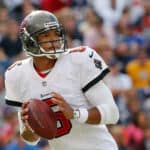 Josh Freeman could've joined the ranks of Brad Johnson, Doug Williams, and Trent Dilfer as one of the greatest quarterbacks in Tampa Bay Buccaneers franchise history. Instead, Freeman's six-year NFL football career quickly fizzled out after a promising start. Freeman was a dual-threat quarterback who racked up three straight seasons with at least 3,451 passing … END_OF_DOCUMENT_TOKEN_TO_BE_REPLACED 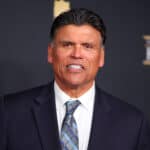 The most prolific edge rushers of the 1980s trembled in fear whenever they faced Cincinnati Bengals left tackle Anthony Muñoz. Muñoz didn't just hold them off - he manhandled and destroyed them consistently. He was also a versatile offensive lineman who had seven receptions and four touchdown catches during his time in the National Football League. The secret … END_OF_DOCUMENT_TOKEN_TO_BE_REPLACED

The Life And Career Of Dallas Clark (Story)