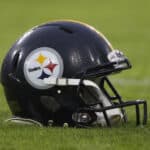 Terry Long was one of the stonewalls on the Pittsburgh Steelers offensive line in the latter years of the historic Chuck Noll era. Long was a powerful offensive lineman who, along with the likes of Mike Webster and Tunch Ilkin, helped protect quarterback Bubby Brister and open up running holes for halfback Merril Hoge in the late 1980s. Long relied on his brute … END_OF_DOCUMENT_TOKEN_TO_BE_REPLACED 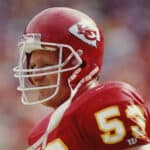 Not only was Mike Webster at the forefront of the Pittsburgh Steelers' legendary dynasty in the mid-to-late 1970s, but many pundits also consider him one of the greatest centers in NFL history. Webster, a late bloomer who didn't play organized football until his junior year in high school, emerged as an All-Big Ten center with the Wisconsin Badgers during his … END_OF_DOCUMENT_TOKEN_TO_BE_REPLACED

Donnie Shell was one of the best defensive backs ever to wear Pittsburgh Steelers black and gold. No strong safety has topped Shell's 51 career interceptions in NFL history. His 19 fumble recoveries currently rank second in Steelers franchise history behind the legendary Jack Ham's 21. Donnie Shell wasn't just a ballhawk. He was also a top-notch tackler. In … END_OF_DOCUMENT_TOKEN_TO_BE_REPLACED 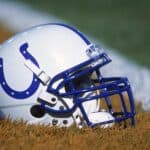 Eugene "Big Daddy" Lipscomb was one of the reasons why the Baltimore Colts rose to prominence in the late 1950s. While Lipscomb was a reliable defensive tackle during his three seasons with the Los Angeles Rams from 1953 to 1955, his pro football career reached unprecedented heights with the Colts from 1956 to 1960. When Lipscomb joined Art Donovan and Gino … END_OF_DOCUMENT_TOKEN_TO_BE_REPLACED 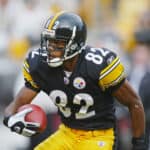 Former Pittsburgh Steelers wideout and punt return specialist Antwaan Randle El could have been a standout baseball player for his hometown Chicago Cubs. The Cubs made Randle El a 14th-round selection in the 1997 MLB Draft. However, he put his baseball dreams aside at the behest of his parents. Randle El became a standout quarterback for the Indiana Hoosiers … END_OF_DOCUMENT_TOKEN_TO_BE_REPLACED

The Life And Career Of Terry Long (Story)