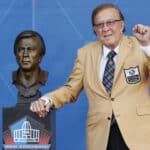 Tom Flores is one of the most iconic figures in Oakland/Los Angeles Raiders franchise history. Flores, who thought he would embark on a teaching career in Fresno, became the Raiders' first quarterback when they entered the American Football League (AFL) in 1960. It marked the beginning of a 56-year journey with the Silver and Black as a player, assistant coach, … END_OF_DOCUMENT_TOKEN_TO_BE_REPLACED 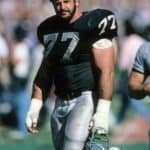 There was no question that former Denver Broncos defensive end Lyle Alzado was a freak of nature on and off the football field. Alzado trained like a beast in the weight room dating back to his high school days. He also held his own in the boxing ring. In fact, he fought the great Muhammad Ali in an exhibition match in 1979. Alzado wasn't just intense in his … END_OF_DOCUMENT_TOKEN_TO_BE_REPLACED 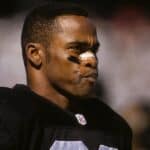 Albert Lewis was one of the best defensive backs and special teams players in the franchise history of the Kansas City Chiefs. Lewis' 6'2" frame, 35-inch arms, and 38-inch vertical leap allowed him to outplay the NFL's best wide receivers weekly. Lewis was so good he once racked up eight interceptions in one season. Not only that, but he also had an uncanny … END_OF_DOCUMENT_TOKEN_TO_BE_REPLACED