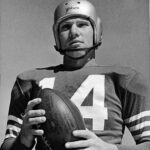 It’s been said that Y.A. Tittle was born to perform on a stage. Without a doubt, he did that and then some. Tittle was an All-SEC performer at LSU, setting school records and breaking the hearts of opposing teams. He then played in the NFL for 17 years and became one of the best quarterbacks in the … END_OF_DOCUMENT_TOKEN_TO_BE_REPLACED 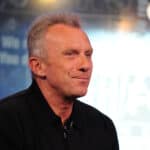 On the surface, Joe Montana didn’t look like anything special. He was skinny, didn’t have a cannon for an arm, wasn’t particularly fast, and had “average” mechanics. What Montana did possess was the Midas touch. Everything he touched turned to gold. He was a national champion in college and a four-time Super Bowl winner in the … END_OF_DOCUMENT_TOKEN_TO_BE_REPLACED

Some pundits argue that Jim Druckenmiller was the worst player in San Francisco 49ers franchise history. Druckenmiller, who played behind the great Steve Young, had a total of 239 passing yards, one touchdown pass, and four interceptions in six career games for the 49ers from 1997 to 1998. However, Druckenmiller's career in San Francisco was seemingly over … END_OF_DOCUMENT_TOKEN_TO_BE_REPLACED 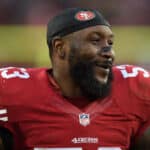 After some very dark years in the 2000s, the San Francisco 49ers returned to their accustomed status as one of the elite teams in the National Football League. One of the players who played a key role in their resurgence was linebacker NaVorro Bowman. He helped the Niners establish one of the league's strongest and most hard-hitting defenses during the early … END_OF_DOCUMENT_TOKEN_TO_BE_REPLACED 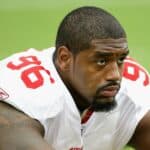 Kentwan Balmer was blessed with a large, very strong body and a killer mindset, both of which allowed him to play Division I college football and took him all the way to the National Football League. He had the fortune of getting to play for one of the league's most iconic franchises, but an apparent lack of dedication torpedoed his pro career before it ever really … END_OF_DOCUMENT_TOKEN_TO_BE_REPLACED