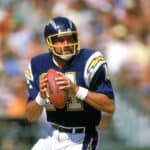 Dan Fouts isn't just the best quarterback in San Diego/Los Angeles Chargers franchise history. Some fans and pundits even consider him the best player who ever wore Chargers' Powder Blue and Gold. While Fouts struggled in the early goings of his pro football career, he turned things around when Don Coryell took over the reins from Tommy Prothro in 1978. The … END_OF_DOCUMENT_TOKEN_TO_BE_REPLACED 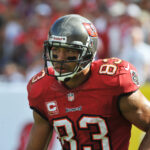 It seemed former San Diego Chargers and Tampa Bay Buccaneers wide receiver Vincent Jackson had it made when he played in the NFL from 2005 to 2016. Jackson was one of Chargers quarterback Philip Rivers' favorite targets during his seven-year tenure in San Diego. The player, who teammates fondly called "V-Jax," racked up several 1,000-yard receiving seasons and … END_OF_DOCUMENT_TOKEN_TO_BE_REPLACED 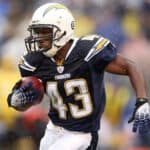 Diminutive 5'6" jack of all trades Darren Sproles paved the way for smaller players to excel at football's highest level. Sproles' success in the National Football League opened the door for guys such as Maurice Jones-Drew and Ray Rice in the ensuing years. Behind Sproles' diminutive stature lay a bull strong and lightning-fast game changer. Sproles was so … END_OF_DOCUMENT_TOKEN_TO_BE_REPLACED

Before Dan Fouts helped put the San Diego Chargers on the map in the late 1970s and early 1980s, quarterback John Hadl helped the then-fledgling franchise get off the ground. He gained a reputation as one of the better signal-callers in the old American Football League, and he continued to play well once the league folded and merged with the National Football … END_OF_DOCUMENT_TOKEN_TO_BE_REPLACED 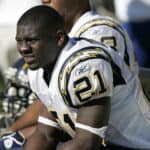 One of the greatest running backs of his era and of all time was LaDainian Tomlinson. For 11 seasons he embarrassed defenders and put up monster numbers. In doing so, L.T. became the most popular NFL player in one of America's most populous cities while revitalizing a franchise that had been struggling. No one who saw Tomlinson play will ever forget his physical … END_OF_DOCUMENT_TOKEN_TO_BE_REPLACED