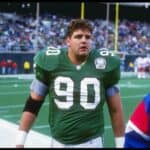 When someone mentions the name "Mike Golic, Sr.," images of the popular, long-running ESPN morning sports talk show Mike & Mike probably come to mind. Golic is, after all, one of the most respected figures in the sports media industry. However, there's more—much more—to Mike Golic, Sr. than that. Golic was one of the more prominent names during the Gerry … END_OF_DOCUMENT_TOKEN_TO_BE_REPLACED 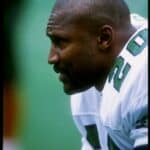 Former Philadelphia Eagles' strong safety Andre Waters always went all out on the gridiron. Since Waters's high school days in Pahokee, FL, his objective had always been to knock the stuffing out of the ball carrier. He hit them as he could. Waters's hard-hitting style soon made headlines for the wrong reasons. He ended the pro football career of Washington … END_OF_DOCUMENT_TOKEN_TO_BE_REPLACED 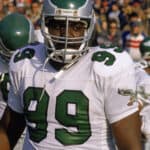 Just as Philadelphia Eagles defensive tackle Jerome Brown served notice he was one of the best in the National Football League, unspeakable tragedy struck without warning. Brown and his 12-year-old nephew were killed in an automobile accident in Brooksville, FL on June 25, 1992. Brown became a two-time Pro Bowler and First-Team All-Pro selection in 1990 and … END_OF_DOCUMENT_TOKEN_TO_BE_REPLACED 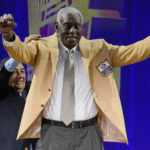 For most NFL receivers, high-pointing the football is a measure of talent. Depending on their height, a receiver may need to outleap a defender for a crucial catch. Harold Carmichael didn’t have to worry about that. At 6’8”, the “King of the Contested Ball” could almost stand flat-footed and still outreach his man for the … END_OF_DOCUMENT_TOKEN_TO_BE_REPLACED 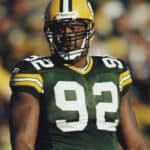 In the late 1980s and early 1990s, the Philadelphia Eagles had one of the most terrifying defenses in the NFL. Every position group boasted at least one All-Pro who played with a chip on his shoulder and their assembled ferocity resembled a junkyard dog hunting for a piece of meat. The leader of this group was undoubtedly Reggie White. “The Minister of … END_OF_DOCUMENT_TOKEN_TO_BE_REPLACED

The Life And Career Of Mike Golic, Sr. (Story)