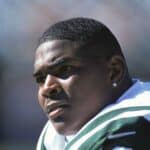 It’s a cold reality that not every talented prep athlete will play professional sports. Poor grades hamper some, and others reach their peak in college. Sadly, others are derailed by crime, gangs, and the lure of drugs. Keyshawn Johnson was nearly one of those athletes. https://twitter.com/jets_stan/status/1285928118335746051 After a few years of … END_OF_DOCUMENT_TOKEN_TO_BE_REPLACED 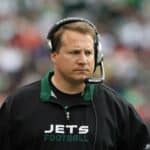 Eric Mangini's football coaching career began in inauspicious fashion from 11,000 miles away. Mangini became a football coach in Australia while he studied there for two semesters in the early 1990s. He eventually became a Cleveland Browns ball boy after he earned his bachelor's degree from Wesleyan University, the same school that produced the legendary Bill … END_OF_DOCUMENT_TOKEN_TO_BE_REPLACED 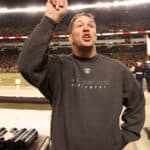 Dennis Byrd could have been one of the best defensive ends in New York Jets' history. Had Byrd played longer in the National Football League, he would have been in the same stratosphere as Muhammad Wilkerson, Jeff Lageman, Shaun Ellis, John Abraham, and Mark Gastineau. Byrd got off to a great start in his football career. His unstoppable chop-swim technique … END_OF_DOCUMENT_TOKEN_TO_BE_REPLACED 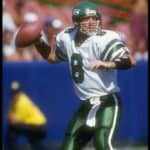 The New York Jets took a chance on quarterback Browning Nagle in the 1991 NFL Draft. The Jets were eager to take Southern Mississippi Eagles signal caller Brett Favre with the 34th overall selection that year. Alas, the Atlanta Falcons, who had the 33rd overall pick, took Favre off the draft board. The Jets, who did not have a contingency plan, settled for … END_OF_DOCUMENT_TOKEN_TO_BE_REPLACED

In 1968, the New York Jets won Super Bowl III in their ninth season as a franchise. After that year, it would be a while until the organization returned to the postseason. It wasn’t until the 1980s that the team got back on track and posted winning records. One of the players who contributed to the resurgence was receiver Al Toon. Toon was a … END_OF_DOCUMENT_TOKEN_TO_BE_REPLACED