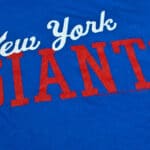 Roosevelt "Rosey" Brown was one of the greatest offensive linemen in New York Giants franchise history. Nobody ever saw Brown's rise to the Pro Football Hall of Fame coming—his football coach had to coax him to leave his high school band and sign up for the football team instead. That fortuitous turn of events paved the way for Brown's meteoric rise on the … END_OF_DOCUMENT_TOKEN_TO_BE_REPLACED 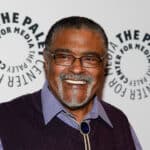 Through hard work and determination, Rosey Grier became a very good defensive tackle in the NFL. During his decade as a player, Grier received numerous accolades and won an NFL championship. https://twitter.com/sigg20/status/958854457747496961 He also became a linchpin of an LA Rams defensive line that is still considered one of the best in league … END_OF_DOCUMENT_TOKEN_TO_BE_REPLACED 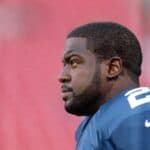 Ron Dayne was an absolute legend in college football. In the late 1990s, he was the absolute best running back in the NCAA, and opposing coaches had no answers for him. He made his name not just by amassing huge career numbers, but also by coming up big in some of the biggest games of his career. Danye's National Football League career wasn't as decorated as his … END_OF_DOCUMENT_TOKEN_TO_BE_REPLACED 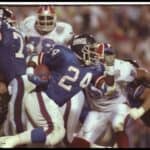 When five-time Pro Bowl Buffalo Bills running back and 1973 NFL MVP O.J. Simpson rode off into the sunset in 1979, another running back named O.J. came into the fray. It was none other than Ottis "O.J." Anderson. Anderson played like a man possessed when he started his pro football career. He racked up five 1,000-yard seasons in six years from 1979 to … END_OF_DOCUMENT_TOKEN_TO_BE_REPLACED 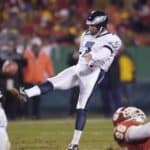 Sean Landeta became the longest-tenured punter in NFL history when he suited up for five different teams in his 22-year pro football career. Not only that, but he was also the oldest. Landeta was forty-four years old when he last played for the New York Giants in 2006. He was a two-time Pro Bowler and three-time First-Team All-Pro selection who's in the same … END_OF_DOCUMENT_TOKEN_TO_BE_REPLACED

The Life And Career Of Roosevelt "Rosey" Brown (Story)