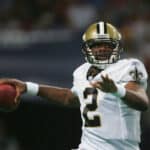 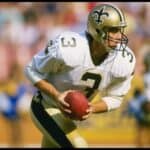 It only seemed fitting local Louisiana hero Bobby Hebert led his hometown New Orleans Saints' resurgence in the late 1980s. Hebert, the popular "Cajun Cannon," revitalized a faltering Saints franchise and led New Orleans to its first-ever postseason berth in 1987. Hebert picked defenses apart during his three-year stint in the USFL with the Michigan Panthers and … END_OF_DOCUMENT_TOKEN_TO_BE_REPLACED 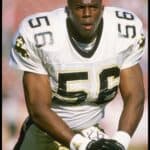 In the early 1990s, the New Orleans Saints had arguably the best linebacker group in the NFL. It’s also reasonable to say that the quartet was the best assemblage of linebackers on one team in league history. For Saints fans, their defense was a source of pride as the organization had overcome two decades of futility and was finally a contender. One of those … END_OF_DOCUMENT_TOKEN_TO_BE_REPLACED 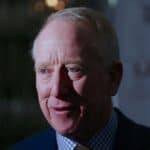 The NFL has had a number of families who have made their careers in professional football. For these families, the game has been seemingly passed down from generation to generation. Names such as Matthews, Hasselbeck, Bosa, Geathers, Hannah, and Long call to mind fathers and sons who played the game at the highest level. Perhaps the most popular NFL family of … END_OF_DOCUMENT_TOKEN_TO_BE_REPLACED 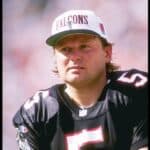 Morten Andersen was one of the greatest kickers in National Football League history. Who would've thought a 17-year-old from Denmark would embark on a historic 25-year run in the NFL? Andersen, who earned the nickname "The Great Dane," quickly made a name for himself in the United States. The left-footed kicker nailed several historic field goals during his … END_OF_DOCUMENT_TOKEN_TO_BE_REPLACED