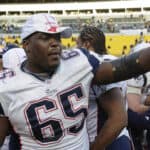 Damien Woody certainly made his mark on New England Patriots franchise history. When Bill Belichick, Eric Mangini, and Tom Brady joined the Patriots in 2000, they set the foundation for the team's dominance over the next two decades. Woody, who became a center during his college days with the Boston College Eagles, snapped the football to Brady for three seasons … END_OF_DOCUMENT_TOKEN_TO_BE_REPLACED 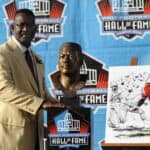 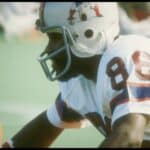 There's no question Stanley Morgan belongs in the Mt. Rushmore of all-time New England Patriots wide receivers. Morgan, a four-time Pro Bowler, certainly belongs in the same stratosphere as Wes Welker, Troy Brown, Randy Moss, and Julian Edelman in that regard. All Morgan did was lead the NFL in receiving yards per reception from 1979 to 1981. His 12 touchdown … END_OF_DOCUMENT_TOKEN_TO_BE_REPLACED 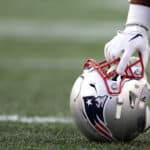 Hart Lee Dykes could have been one of the best wide receivers in New England Patriots history. He could have been mentioned in the same breath as Julian Edelman, Randy Moss, Wes Welker, Stanley Morgan, and Troy Brown. Instead, Dykes became one of the biggest disappointments in the Pats' storied 63-year team history. He played just two seasons for New England … END_OF_DOCUMENT_TOKEN_TO_BE_REPLACED 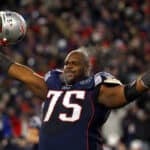