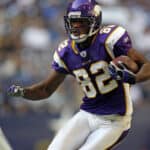 The Minnesota Vikings envisioned Troy Williamson to become Randy Moss' heir apparent. That was a tall order, to say the least. Williamson's blazing speed helped him create separation from the toughest secondary coverages during his college days at South Carolina. However, he never lived up to lofty expectations in the NFL. Instead of filling Moss' … END_OF_DOCUMENT_TOKEN_TO_BE_REPLACED 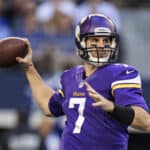 Christian Ponder broke into the professional ranks during a critical time in Minnesota Vikings franchise history. Ponder replaced no less than the great Brett Favre as the Vikings' starting quarterback in 2011. Fans' expectations of Ponder were sky-high. Unfortunately, he failed to deliver the goods for the championship-starved franchise after just four … END_OF_DOCUMENT_TOKEN_TO_BE_REPLACED 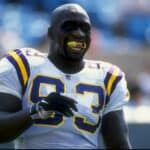 They say that big things come in small packages. This would be apt when describing former Minnesota Vikings and Seattle Seahawks defensive tackle John Randle. For 14 seasons, the slight-in-stature Randle proved to be an oversized player with the personality to boot. His intensity and motor put fear into the hearts of opponents. This is his … END_OF_DOCUMENT_TOKEN_TO_BE_REPLACED 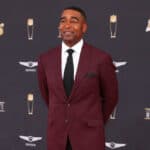 The act of catching a football in an NFL game faces many challenges. Imperfectly thrown footballs, aggressive defensive backs, adverse weather conditions, and sideline and end line restrictions, all are obstacles that can prevent a pass reception. Cris Carter was an elite NFL receiver who consistently overcame these obstacles to catch over 1100 passes during his … END_OF_DOCUMENT_TOKEN_TO_BE_REPLACED