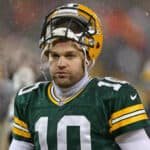 All Matt Flynn wanted was a chance to become a legitimate starting quarterback in the National Football League. He never got it. Instead, Flynn played backup to the likes of Aaron Rodgers, Russell Wilson, and E.J. Manuel during his nomadic, eight-year National Football League career. Despite not realizing his aspiration of becoming a starting quarterback in … END_OF_DOCUMENT_TOKEN_TO_BE_REPLACED 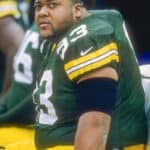 No other NFL defensive lineman had an eerier nickname than Gilbert Brown. "The Gravedigger" earned the moniker after his famous tackle/sack celebration dating back to his college days with the Kansas Jayhawks. Throw in his Darth Vader-like helmet visor and you get one of the most intimidating nose tackles in the history of the National Football League. Brown, … END_OF_DOCUMENT_TOKEN_TO_BE_REPLACED 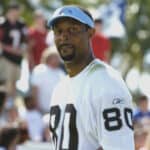 James Lofton's blazing speed and impeccable knowledge of football set him apart from other wide receivers during his time in the National Football League. Lofton was an eight-time Pro Bowler who led the NFL in yards-per-catch average in 1983 and 1984. Bear in mind he's also the first NFL player to record 14,000 receiving yards. Despite Lofton's tremendous … END_OF_DOCUMENT_TOKEN_TO_BE_REPLACED 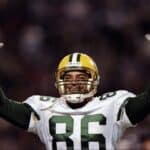 Antonio Freeman made up for his average speed with exceptional route-running skills that allowed him to burst through seams and beat top-notch defensive backs. Cheeseheads and Packers fans everywhere remember Freeman for his 81-yard touchdown reception in Super Bowl XXXI and that improbable touchdown catch against the Minnesota Vikings in November 2000. He did … END_OF_DOCUMENT_TOKEN_TO_BE_REPLACED 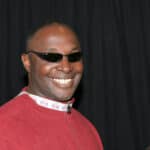 Had it not been for a freak neck injury during the1994 season that abruptly ended his seven-year NFL career, Sterling Sharpe would've been in the Pro Football Hall of Fame by now. Sharpe led the NFL in catches, receiving touchdowns, and receiving yardage at various points of his pro football tenure. He even won the elusive "Triple Crown" in 1992 when he led the … END_OF_DOCUMENT_TOKEN_TO_BE_REPLACED

The Life And Career Of Matt Flynn (Story)