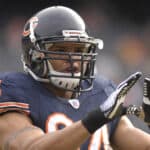 Brendon Ayanbadejo was a champion of LGBT rights during his controversial NFL career. Ayanbadejo's outspoken views on same-sex marriage earned him the respect of many individuals. Other athletes such as Sean Avery, Grant Hill, and Jared Dudley even followed in his footsteps and promoted LGBT rights several years after he did. Sadly, Ayanbadejo also had his … END_OF_DOCUMENT_TOKEN_TO_BE_REPLACED 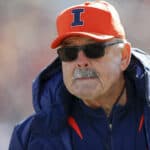 From 1965 to 1973 there was perhaps no more terrifying sight for NFL ball carriers than seeing number 51 for the Chicago Bears. That number belonged to the legendary Dick Butkus, linebacker for the Bears. https://twitter.com/sigg20/status/1468961034408923136 Butkus was a 6’3”, 245-pound terror who victimized opponents with a fury that resembled a rabid … END_OF_DOCUMENT_TOKEN_TO_BE_REPLACED 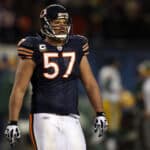 If there was one word which aptly described six-time Chicago Bears Pro Bowl center Olin Kreutz, it was "intense." Kreutz's passion and intensity sometimes got him into skirmishes with teammates during his colorful football career. It wasn't rare for Kreutz to break his teammates' jaws during practice. However, he wasn't a bad guy. Far from it. We're … END_OF_DOCUMENT_TOKEN_TO_BE_REPLACED 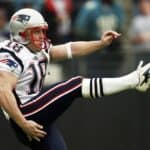 Todd Sauerbrun stirred controversy on and off the field during his colorful thirteen-year NFL career. He feuded with Tampa Bay Buccaneers kicker Martin Gramatica when he played for the Carolina Panthers. As a member of the Denver Broncos, Sauerbrun dared legendary Chicago Bears kick and punt return specialist Devin Hester to beat them. Hester obliged with an … END_OF_DOCUMENT_TOKEN_TO_BE_REPLACED 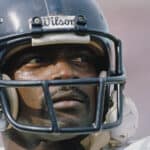 NFL history is full of transcendent athletes whose very existence seemed to go beyond their play on the field. Walter Payton was such an athlete. https://twitter.com/79_nfl/status/1510305567411167247 After establishing his success in college, Payton became a member of the Chicago Bears and helped lift the franchise back to respectability. He would win a … END_OF_DOCUMENT_TOKEN_TO_BE_REPLACED

The Life And Career Of Brendon Ayanbadejo (Story)