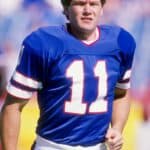 The Buffalo Bills came tantalizingly close to winning their first Vince Lombardi Trophy against the New York Giants in Super Bowl XXV on January 27, 1991. All Bills kicker Scott Norwood had to do was kick a 47-yard field goal between the uprights and the confetti would fall from the rafters to the delight of the Bills Mafia. Unfortunately, Norwood's kick sailed … END_OF_DOCUMENT_TOKEN_TO_BE_REPLACED 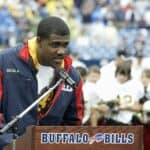 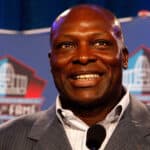 In 1985, the Buffalo Bills had one of the best drafts in franchise history. With the first overall selection of that draft, Buffalo selected Virginia Tech defensive end, Bruce Smith. Smith had been a force of nature with the Hokies, becoming one of the most feared players in college football. He brought to the NFL a fierce resistance toward losing, something … END_OF_DOCUMENT_TOKEN_TO_BE_REPLACED 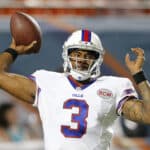 EJ Manuel could have been the quarterback the Buffalo Bills desperately needed in 2013. Sadly, Manuel never lived up to the hype. Manuel blossomed in his last two years with the Florida State Seminoles from 2011 to 2012. He passed for a combined 6,058 passing yards and 41 touchdowns during those two years. Manuel, a Second-Team All-ACC selection in 2012, also … END_OF_DOCUMENT_TOKEN_TO_BE_REPLACED 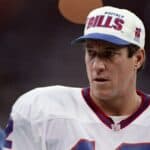 In the early 1990s, the Buffalo Bills accomplished something no other NFL team has done before or since. Riding a wealth of talent on both sides of the ball, the Bills went to four consecutive Super Bowls. Unfortunately, Buffalo lost each time. At the helm of the team was quarterback Jim Kelly, whose strong right arm propelled the Bills to heights never seen … END_OF_DOCUMENT_TOKEN_TO_BE_REPLACED