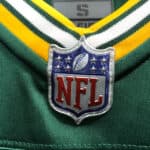 How does the best offensive line prospect in NFL history get labeled a bust before even playing in a game? Tony Mandarich lived that reality after being selected No. 2 overall in the 1989 NFL Draft by the Green Bay Packers. A temporary hold out and some harsh statements about the city he was drafted to started Mandarich off on the wrong foot. When Packers' … END_OF_DOCUMENT_TOKEN_TO_BE_REPLACED 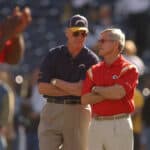 What makes an NFL coach underrated? Is it being outshined by fellow greats in their era? Has history forgotten their accomplishments because they never won the big game? Was their prime in the sport so long ago that we don't have many tangible references to recollect their greatness? In an effort to compile some of the most underrated coaches of all time, … END_OF_DOCUMENT_TOKEN_TO_BE_REPLACED 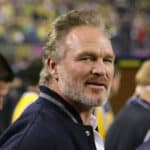 Most people in the 1980s had more opinions about Brian Bosworth than he had wild hairstyles. From the greatest college linebacker they've ever seen to a brash jerk, everyone had an opinion on "The Boz." Bosworth's brash "renegade" attitude and rebel appearance drew a lot of ire from media, fans, and the governing body of college football in the mid-80s. In … END_OF_DOCUMENT_TOKEN_TO_BE_REPLACED 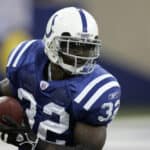 From the mud of Immokalee, Florida to the artificial turf of the RCA Dome. From gold teeth and dreadlocks to a gold jacket and Canton. From the U to a horseshoe on his helmet. Edgerrin James never allowed anybody to change him, even as his surroundings changed dramatically throughout his life. The Indianapolis Colts drafted James fourth overall in the 1999 … END_OF_DOCUMENT_TOKEN_TO_BE_REPLACED 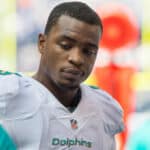 Heading into the 2013 NFL Draft, almost every team at the top of the board was focused on one thing: linemen. The most highly rated prospects were either tackles or edge rushers. It made sense as the quarterback position continued to grow more important with every year and rule change. Teams either needed to protect their quarterback or hit the other team's … END_OF_DOCUMENT_TOKEN_TO_BE_REPLACED 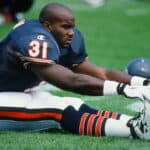 The weight of the spotlight can be heavier than anyone could imagine when you're not standing in the middle of it. Rashaan Salaam seemed uniquely aware of the potential weight the spotlight could have. As hype was building around his Heisman Trophy campaign during the 1994 season, Salaam ran from the attention. That's what Salaam was best at, though. His … END_OF_DOCUMENT_TOKEN_TO_BE_REPLACED