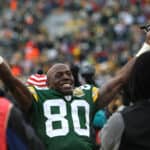 The Green Bay Packers are one of the most iconic franchises in National Football League history as well as all of North American sports. Their championship tradition far predates the AFL-NFL merger and the advent of the Super Bowl, and they have featured numerous stars and legends. Wide receiver Donald Driver may not be as famous as Aaron Rodgers or Brett Favre, … END_OF_DOCUMENT_TOKEN_TO_BE_REPLACED 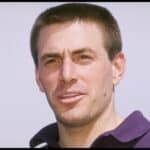 It's been said that playing defensive back is akin to playing on an island.  That island can be a lonely place. One mistake from those on the “island” will hurt the team and be witnessed by countless viewers. Some members of the secondary thrive in this position while others are ill-suited. One player who responded well to the pressure was Paul … END_OF_DOCUMENT_TOKEN_TO_BE_REPLACED 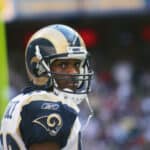 Make no mistake about it: Isaac Bruce was one of the best wide receivers in National Football League history. Bruce racked up more than 15,000 career receiving yards and 91 career receiving touchdowns. Only a few elite wideouts have ever reached that stratosphere. Ironically, several NFL scouts snubbed him prior to the 1994 NFL Draft. Almost three decades … END_OF_DOCUMENT_TOKEN_TO_BE_REPLACED 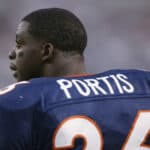 Bull strong Clinton Portis ran like a mack truck and finished his nine-year NFL career with 9,923 rushing yards. Portis holds eighteen Denver Broncos franchise records. He's also one of the 80 Greatest Washington Redskins. It turns out this prolific running back's love for the gridiron waned in the aftermath of Sean Taylor's shocking murder in 2007. Portis … END_OF_DOCUMENT_TOKEN_TO_BE_REPLACED 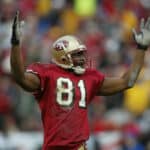 In 1988, the metal band "Poison" released its most famous song, "Every Rose Has Its Thorn." According to lead singer Bret Michaels, he wrote it when he called his girlfriend on a payphone, and upon hearing a male voice in the background, he realized she was cheating on him. The song's theme seems to be that every good thing or person has a downside, some more than … END_OF_DOCUMENT_TOKEN_TO_BE_REPLACED 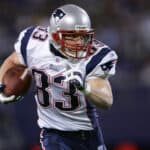 Legendary wide receiver Wes Welker was no stranger to adversity. Many college football programs gave him the cold shoulder treatment. Welker didn't receive an invite to the NFL Scouting Combine. The then-San Diego Chargers abruptly released him during his rookie year in 2004. Some eleven years later, he had racked up 9,924 receiving yards and 50 touchdowns … END_OF_DOCUMENT_TOKEN_TO_BE_REPLACED