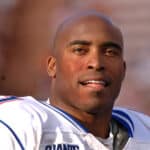 Despite the controversy Tiki Barber stirred during his ten-year NFL career, he's still one of the best running backs in New York Giants football history. Sure, fans of Big Blue will never forget his vocal criticisms of Michael Strahan and Tom Coughlin. They also won't forget Barber made headlines for ditching his pregnant wife for a former NBC intern. Even … END_OF_DOCUMENT_TOKEN_TO_BE_REPLACED 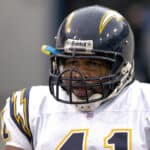 Star running backs in the National Football League get plenty of love and recognition for their production. But their teammates who block and create openings for them get little to no recognition from fans or even the media, even though they can greatly enhance a standout running back's production. Lorenzo Neal was a fullback who played during two eras when … END_OF_DOCUMENT_TOKEN_TO_BE_REPLACED 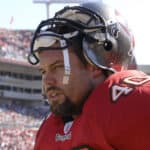 In the late 1990s and 2000s, Mike Alstott was considered one of the better fullbacks in the National Football League. He earned that reputation by combining running skills with brute physicality and a throwback type of work ethic. It not only took him to great heights as a college player, but it also got him to the pinnacle of the pro game. Through it all, … END_OF_DOCUMENT_TOKEN_TO_BE_REPLACED 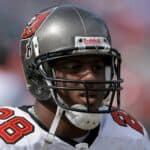 In the late 1990s and 2000s, Warrick Dunn was one of the better running backs in the NFL. Before that, he had a monster college career, during which he first made his name. But Dunn was much more than an athlete. Off the field, he made an impact through multiple initiatives, helping lots of poor and disadvantaged people. Being a successful NFL player like … END_OF_DOCUMENT_TOKEN_TO_BE_REPLACED 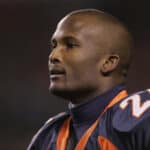 The cornerback position is a very important one in the National Football League. Having a capable one can mean the difference between allowing a key reception and getting a game-saving stop. When a star wide receiver was being covered by former NFL cornerback Champ Bailey back in the day, he knew he was in for a frustrating game. In 15 pro seasons, he earned the … END_OF_DOCUMENT_TOKEN_TO_BE_REPLACED 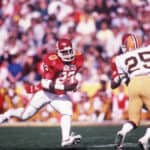 Imagine you're a high school football coach. On the first day of practice, a freshman shows up who is built like a starting middle linebacker. Even better, that same freshman has speed to burn and agility to spare. For the coaching staff at Philadelphia, Mississippi High School in the late 1970s, such a player materialized. Marcus Dupree's legend actually … END_OF_DOCUMENT_TOKEN_TO_BE_REPLACED