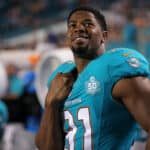 Undersized Miami Dolphins defensive end Cameron Wake was the epitome of relentlessness. Wake had to overcome several obstacles before playing in the National Football League. The New York Giants released him when he tried to make their roster as an undrafted free agent in 2005. Wake, who was still known as "Derek," lived with his parents for a while before … END_OF_DOCUMENT_TOKEN_TO_BE_REPLACED 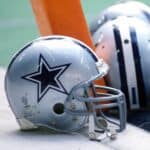 Thomas "Hollywood" Henderson was a flamboyant linebacker whose various shenanigans made headlines during his football career. He earned the nickname "Wild Man" during his college days at Langston University. One of his trademark antics was taunting opposing players inside their team bus. Henderson also became the first NFL player to dunk the football through the … END_OF_DOCUMENT_TOKEN_TO_BE_REPLACED 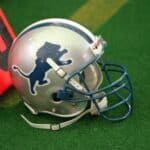 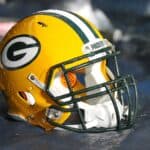 Imagine leading your team in interceptions in seven of the eight seasons you played in the National Football League despite being blind in one eye. That's precisely what the great Bobby Dillon did from 1952 to 1959. Not only did Dillon become the Packers' all-time leader in interceptions (52), but he also accomplished the impressive feat of playing in just … END_OF_DOCUMENT_TOKEN_TO_BE_REPLACED 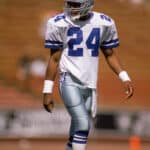 Many NFL teams passed up on Grambling State Tigers rookie defensive back Everson Walls in the 1981 NFL Draft. It was one of the biggest mistakes they ever made. The Dallas Cowboys, the team Walls grew up following, signed him as an undrafted free agent. Little did they know Walls would become one of the best defensive backs in their franchise's history during … END_OF_DOCUMENT_TOKEN_TO_BE_REPLACED