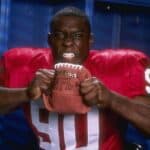 Had knee injuries not derailed Andre Wadsworth's once-promising NFL career, he would have been one of the best pass rushers in Arizona Cardinals franchise history. Although Wadsworth had a decent rookie season in 1998, his knee issues slowed him down considerably in his next two pro football seasons. He became a shadow of the dominating player he once was with … END_OF_DOCUMENT_TOKEN_TO_BE_REPLACED 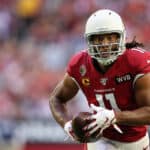 Larry Fitzgerald was one of the greatest wide receivers not only in the franchise history of the Arizona Cardinals but also in the history of the National Football League. Fitzgerald learned the ropes of the gridiron from greats such as Randy Moss and Barry Sanders when he was a Minnesota Vikings ball boy in high school. Fitzgerald took those lessons to heart, … END_OF_DOCUMENT_TOKEN_TO_BE_REPLACED 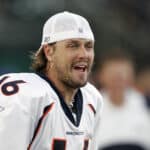 Jake 'The Snake" Plummer's tenure with the Arizona Cardinals from 1997 to 2002 was mired in mediocrity. During that span, Plummer had a propensity for throwing more picks than touchdowns. Consequently, the Cardinals were a mediocre bunch who barely tasted postseason football. Fortunately, Plummer received a second lease on life when he signed with the Denver … END_OF_DOCUMENT_TOKEN_TO_BE_REPLACED 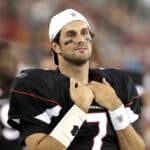 Matt Leinart is one of the best quarterbacks in USC Trojans football history. He led the Trojans to back-to-back national titles and won the 2004 Heisman Trophy. Regrettably, his NFL football career was a far different story. He never got to show his true potential which made him the 10th overall pick of the 2006 NFL Draft. When his pro football career … END_OF_DOCUMENT_TOKEN_TO_BE_REPLACED 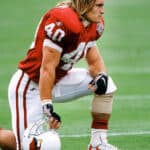 When watching the highlights of football games, we frequently hear the word “hero.” A player makes a game saving tackle, interception, catch, or scores the winning points and he is called a ‘hero’ for his exploits. Unfortunately, the word is used so much that it carries little meaning. The hero designation should instead be reserved for those who actually … END_OF_DOCUMENT_TOKEN_TO_BE_REPLACED

The Life And Career Of Andre Wadsworth (Story)